No news is good news today. It is an especially tragic day for the history of music as it has lost one of the best male vocalists and artists of all time. Michael Jackson suffered cardiac arrest and was unable to be resuscitated at his Holmby Hills home earlier this afternoon. His is already a legend, his music will live forever, may he rest in peace..

Farrah Fawcett dies of cancer @ the age of 62 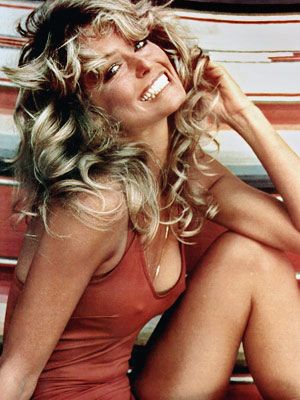 Charlies Angel goes angel. Farrah Fawcett (1947 – 2009) passed away this morning after her 2½-year battle with cancer in a Santa Monica hospital. R.I.P..

PLAY BOTH VIDEOS AT THE SAME TIME: Sunset Rubdown – “Apollo and the Buffalo and Anna Anna Anna Oh!” vs. Story of the Year – “Until the Day I Die” 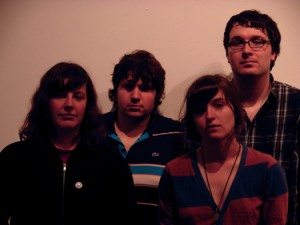 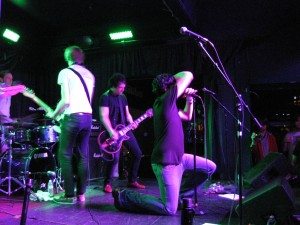 Art Brut’s performance at Echo this past Friday was the final of 4 small Los Angeles club dates in support of their new third album Art Brut vs. Satan, which was produced by some Charles dude. The record title as front man Eddie Argos explains, “Satan is everybody that’s against us. If you are not for us, then you are Satan, and I am against you.” Well said Eddie.

And so, how was it? Well.. was their hour and a half set of 2-3 minute songs nice, tight and pollished? Fuck no, well it was kind of tight, but for the most part blaring guitars complimented everything genuinely dirty, loud, obnoxious and brilliant that is Art Brut. And aside from their self-righteous commentary “we are Art Brut” before, during and after almost every song, which had me laughing for the the first 40 minutes before I realised they might be serious, the British/German hybrid found themselves extra enthusiastic about their week’s LA theme. Guitarist Jasper “Jeff” Future’s white Telecaster sported a classy Amoeba Music sticker (although most likely from their recent San Francisco in-store..), and Eddie Argos wasn’t shy to let everyone know how he felt about their city “…move to la you know every body hates you… I bought all my clothing within two blocks of here [and] Paris and LA are my favorite places in the world”. All appropriate before their fine rendition of “Moving To LA”.

When Eddie wasn’t jumping in the crowd for poetic monologues, he was doing some standard band slagging. “My sex is on fire?” “Are we human or are we dancer?” … “I don’t need to tell you what’s wrong with those bands”. A personal favorite off the new record “Slap Dash For No Cash,” closed the set beckoning “Why is everyone trying to sound like U2? It’s not a very cool thing to do. Why would you want to sound like U2?”. A song calling out all that is wrong with contrived music. His passion for honest music continued, before “Formed A Band” he rallied “we need more records in record shops, start a band…start a band”. Agreed.

Other highlights from the set included new single and set opener “Alchoholics Unanimous,” another newbie “DC Comics and Chocolate Milkshake” and quite a few from their debut Bang Bang Rock and Roll, like “Emily Kane” and “Good Weekend”.

The night proved many things are admirable about Art Brut… the fact their drummer plays his full kit standing up, in what looked like boxer shorts, that they preferred to play a string of nights in packed intimate venues rather than 1 night at a less personable one, Eddie Argos will shamelessly throw handfuls of Planned Parenthood’s condoms into a crowd of horny youngins shouting “these wont work,” and most importantly that they are a no bullshit rock and roll band.. As they say “here’s one chord, here’s two more, now form a band”. If punk still exists, it exists in Art Brut.

get art brut vs satan 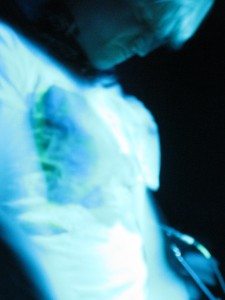 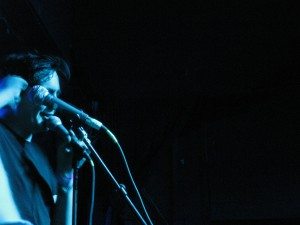 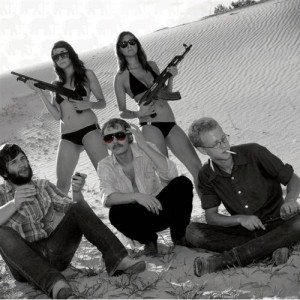 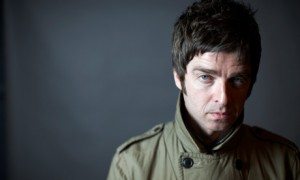 we live a dying dream, if you know what i mean… still got it. 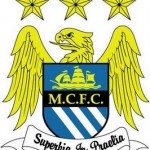 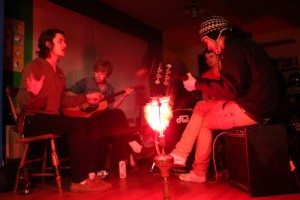 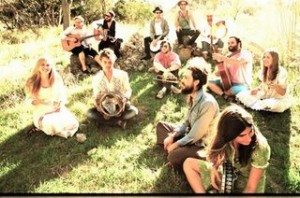 after living the “major label” lifestyle with his prior band Ima Robot, front man Alex Ebert has found a new alias, cleansed in the sounds of his organic LA folk rock outfit Edward Sharp & The Magnetic Zeros. damn zagat-me.. initial financing for the project came from the one the only Heath Ledger and his beloved Masses involvement. the 11-12 piece band just released the bohemian inspired EP Here Comes May 19 and will be releasing their full length debut on July 14. stoked to see these guys work their magic live.. 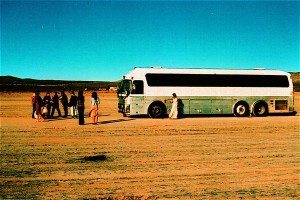