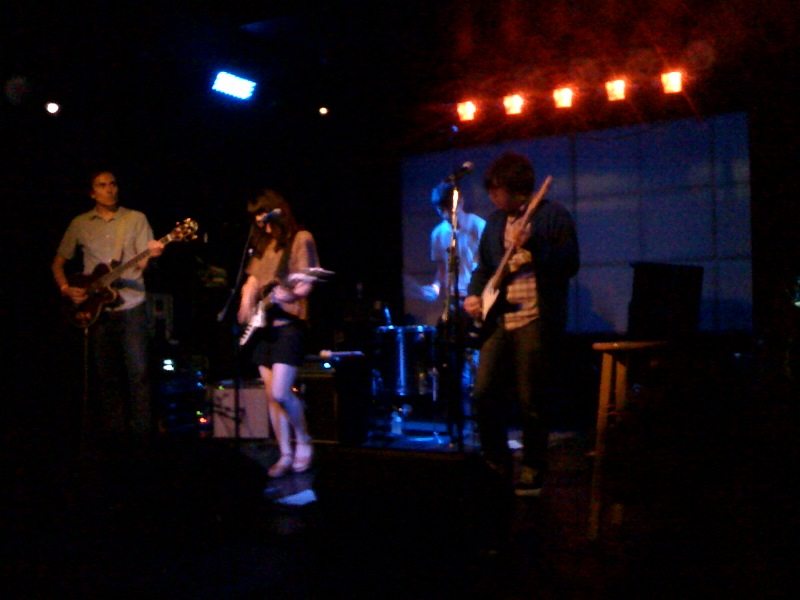 Left quite impressed with Seapony’s performance at the Echo Tuesday Night. Each song was pitch perfect, pop beauties in their economy and brevity. Their set opener, “With You”, is actually the 12th and final track on Go With Me, the debut album which was released on Tuesday as well. I love how the cover art matches the emotional hue of the music — a girl (presumably the singer) stares wistfully at the calm sea. It’s a bright and cheery picture but with nostalgia and longing as well, as in “we may be hurt inside, but we put on a happy face because things are all right after all.” This is how Seattle does happy, with just enough angst to prove authenticity.

Seapony has hit the scene running. Their album was recorded as a three piece with a drum track. It’s nice to hear the compliment of a live drummer. A little bit of Jefferson Airplane, a little bit of Jesus And Mary Chain, played by the Pixies at 65% tempo? I don’t know what they sound like. Heck, I don’t know if Seapony knows what they sound like, or what they’ll sound like in a year. It’s always nice to get a sense of mutability; because that’s all that pop music is, really, little gems of impermanence.

“Dreaming”, their blog hit and 7”, was played third, slightly uptempo and with a little bit of fuzz. It may’ve been nice to hear it later in the set, since attendees were streaming in as the set progressed. I think they were a little nervous, even though they had no reason to be. “Blue Star” sounded excellent, as the band hit their groove for the last few songs. Seapony is way more than a one trick Seapony. I’m excited to hear what they record next. – Chris Gedos 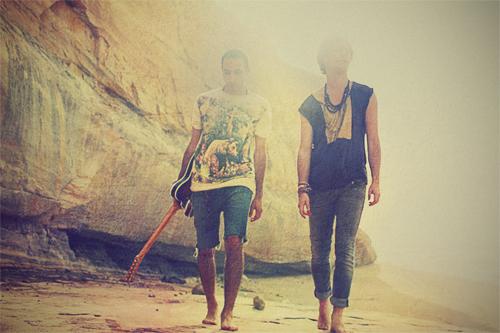 This is League. “Golden Maps”, the band’s latest, is mega. We’re talking serious HIT MAKING POTENTIAL! Expect Radio 1 to be spinning these guys by the end of the summer. “Golden Maps” is hazy, it’s hooky, and it’s big.