Diamond Messages – You Were the One 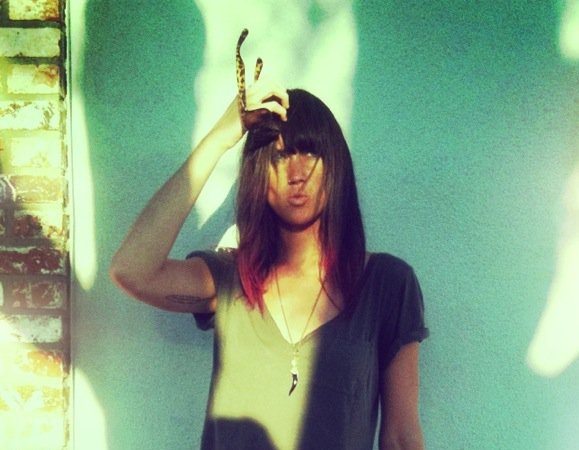 The feel good “You Were the One”, new from Diamond Messages, has a guitar hook so good, you’re prob going to need to change your pants afterwards; that or your shorts or jogging pants (if you’re bout that life).

Diamond Messages – You Were the One 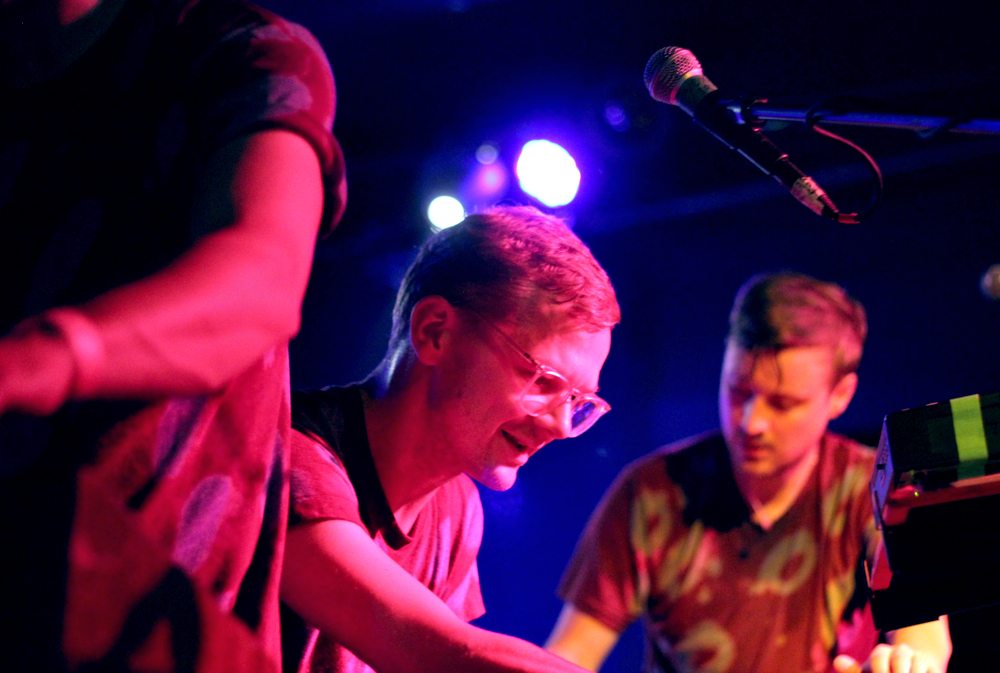 You could tell the Django Django crowd Wednesday night at the Echo was one of those massively excited crowds that seems several times larger than its actual tally. After opener Vinyl Williams’ set, it was difficult to move around; by the time the Edinburgh-based quartet took stage, the numbers had even swelled at my preferred Echo listening digs, (back-center, near the soundboard), leading me to explore new spots at least three times during the set. Ironically, it was exactly how I thought I wanted to see Django Django— during their first visit to Los Angeles, amidst a packed house and on the heels of their Mercury Prize nomination.

Opener Vinyl Williams performed well and did their duty in getting the crowd amped for the main event. Their youthful precociousness is impressive, as is frontman Lionel Williams’ musical lineage (he is the grandson of Spielberg’s go-to composer, John Williams). Their music is enjoyable and instantly appreciated, shoegazey post-post and all that good stuff, but Mr. Williams’ voice doesn’t carry enough power to do the music justice. In that sense it needs a little more time in the incubator. Nor was his voice distorted enough to really become part of the music and create a wall-of-sound, which is a shame because the music itself is just about strong enough to stand on its own as part of any discerning music lover’s “epic builds” mix. Lionel Williams is also an exhibiting artist who specializes in collage, and seems to have quite a bit of talent in that field as well. Vinyl Williams are a great band for the radar and it’s clear that Mr. Williams gives a great deal of thought to art and the process of artistic expression.

The break between sets was understandably long. Besides the intimate Bardot School Night on Monday, this was Django Django’s first performance in Los Angeles — an extended sound check is oftentimes in order for a band to sound its best in front of the sea of cultural purveyors (and to rid the organism of unwanted butterflies). Therefore very early sound issues felt inexplicable and seemed to throw The Django’s off inially at the start of what would become a redeeming set.

For the first half of the set, Django’s bass drum and bass guitar took over the house. The band’s rendition of “Hail Bop”, my favorite cut off the LP, was driving with it’s industrial Devo like quality and one of the cleverest lyrics in recent memory. And like the many Django Django live videos I’d seen on Youtube, things started to balance out by the fourth song, which I believe was “Love’s Dart”. “Firewater”, a bluesy, Mavers-esque cut, was one of the strongest of the night and some of the African-inspired rhythms so lauded on the album had more of a house, or dance, vibe live. I’ll cede that they’re a new band, and the album’s sound is deceptively nuanced, very unique for a band still in its formative years. Songs like “Default” stole the set and put the masses in motion. got the masses moving. Django Django closed out strong and received a lengthy applause, which was unsuccessful in eliciting an encore. Review by Chris Gedos 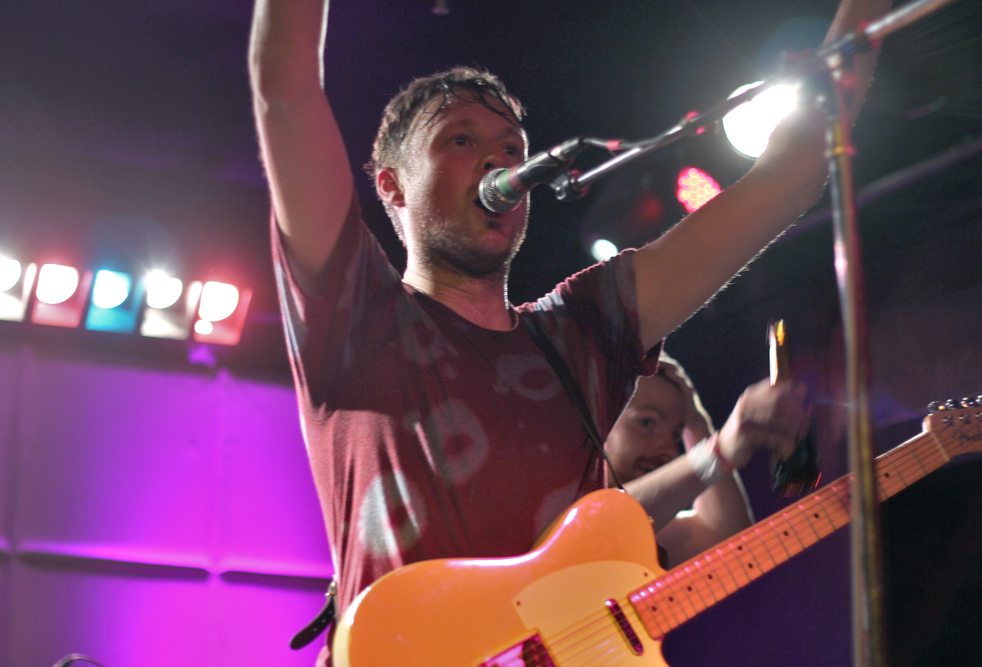 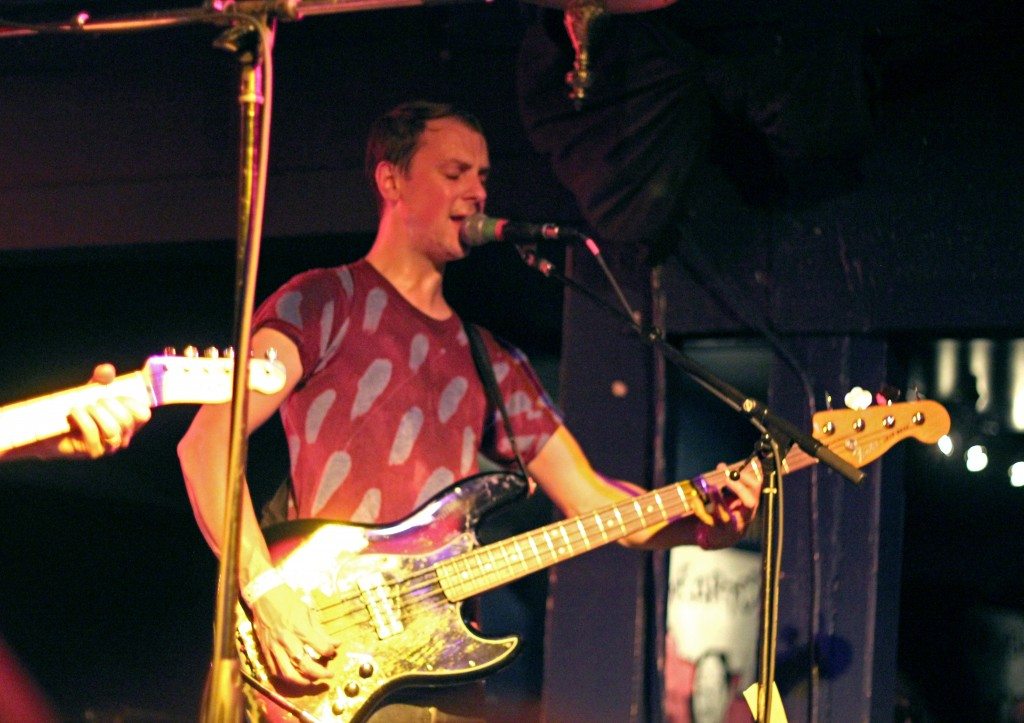 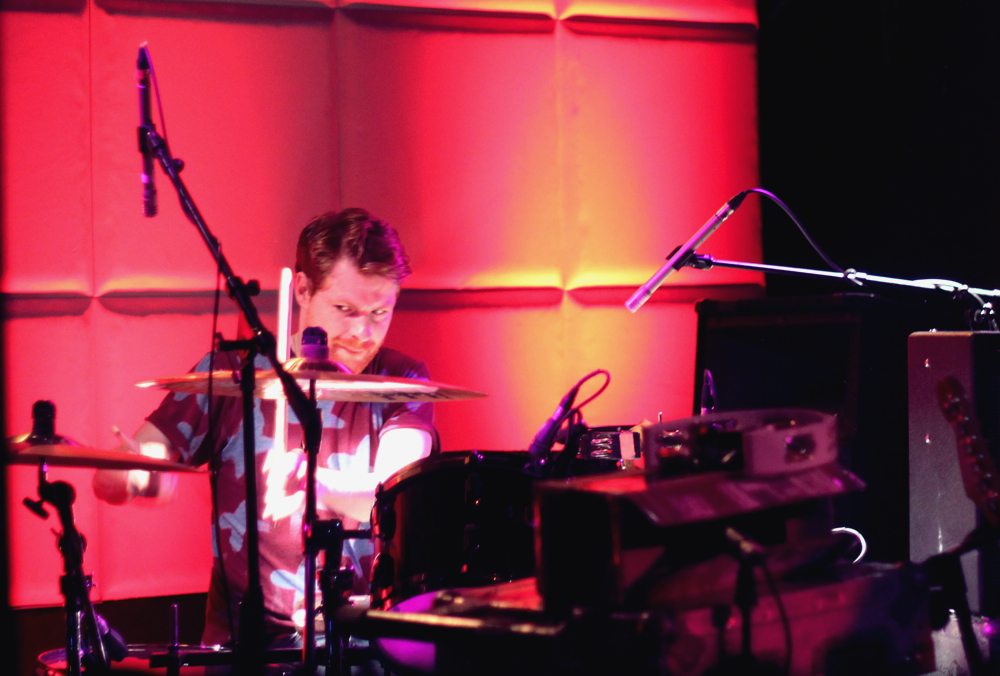 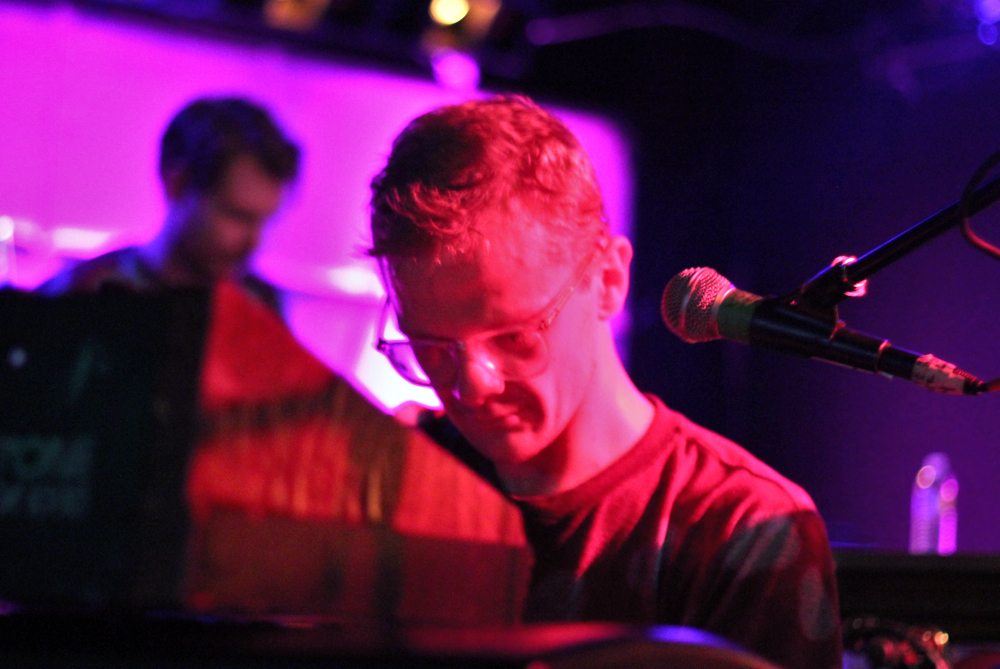 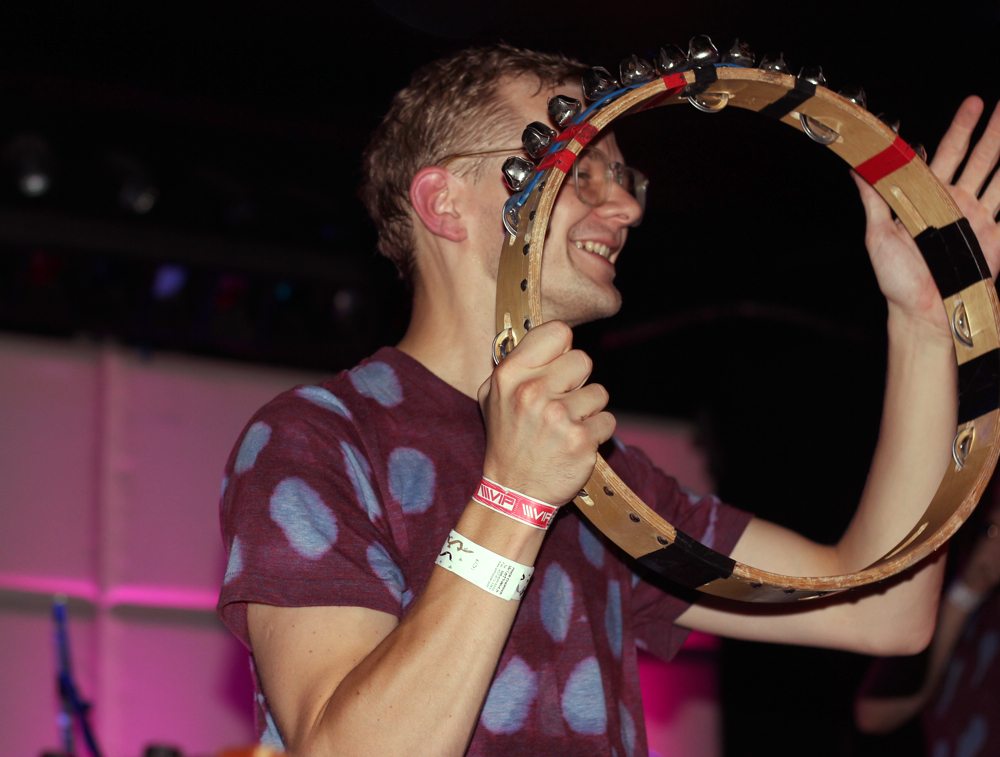 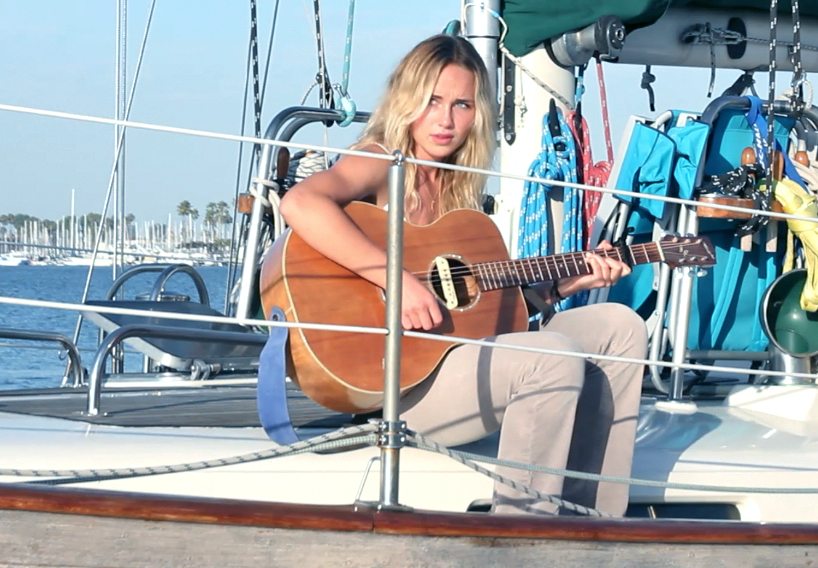 We recently caught up with the young and talented songstress Zella Day for an exclusive look at a some of her newest creations. Check out this scenic portrait of the artist below as she hints at exciting things yet to come with sunkissed performances of new tracks, “Slow Me Down” and “Undertow”. 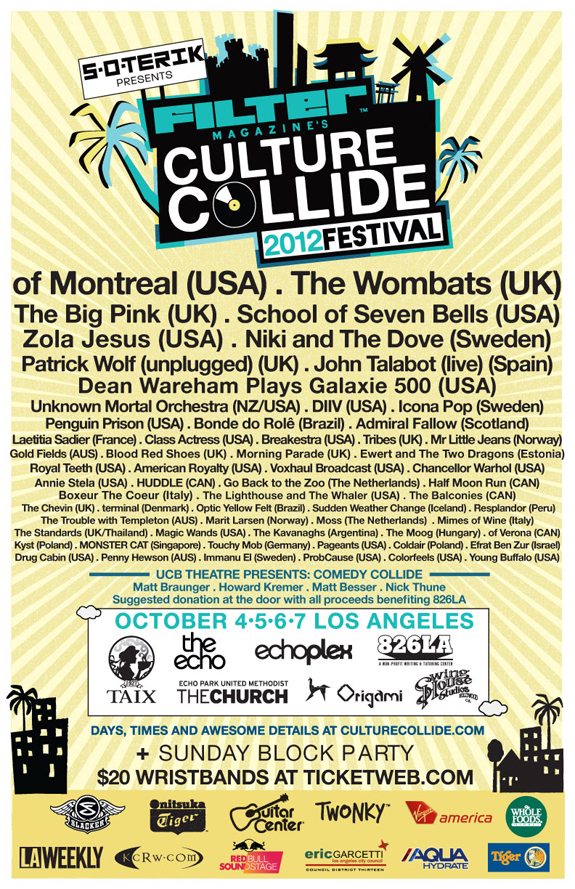 Even more exciting, B3SCI is hosting a pair of wristbands giveaways to the entire Fest! Enter to win by hitting our inbox and letting us know that youwant to be entered in the drawing. We are picking our winners at random early this week by Wednesday morning, so keep an eye on your inbox! Also if you don’t win… don’t fret, for full access to the festival wristbands are just $20. Get more details on tix and check out our new playlist for the fest below.

*Shouts to the rad dudes at Before The Bigs for putting a mix together! 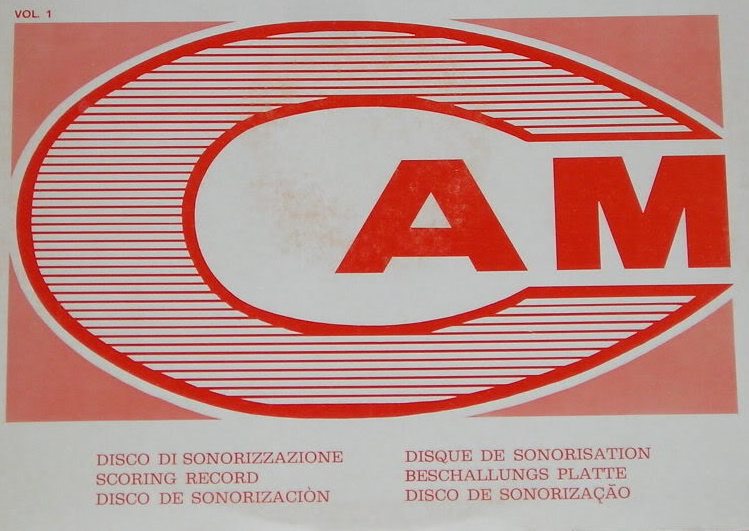 Throwing it back to 1972 for a minute now with this romantic piece by Italian jazz composer Giampiero Boneschi, appropriately titled “Intimate.” This song is the perfect something to sooth your way into a relaxing weekend. The legato strings and sultry vocals are enough alone to wisk anyone away from their humble (or not) abodes with its uber luxurious allure. The track is excerpted here from a new Suzanne Kraft mixtape collaboration for San Francisco based Azalea Boutique. You can hear the mixtape in it’s chic-y entirety via the new THREADMIX series here. Indulge below. 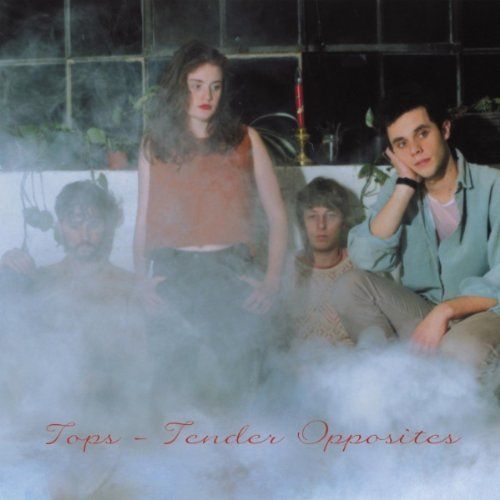 Montreal-based quartet Tops is modern day AM gold. In “Easy Friends”, from the UK/EU release of their debut album Tender Opposites, vocalist Jane Penny cuts through a hazy, synthed-out dream calling back to the disco of the 70’s as she slowly builds from a gentle buoyancy to what you would have to call – and affectionately so – an almost shrill climax and then dexterously drops back into a balmy bossa nova to ease you out of the track. Tops has an uncommon way of blending accessible pop and the avant-garde into a seamless coupling. The unadorned, pastoral attitude of the band is what I find most attractive; it doesn’t make you like it, it lets you like it. By Aaron Meyer

* Get more tunes and rad events from Aaron Meyer (aka Honeybear) at the Los Angeles based MOUSER.

Flying Lotus – See Thru To U (Cosmo & Paat Remix) 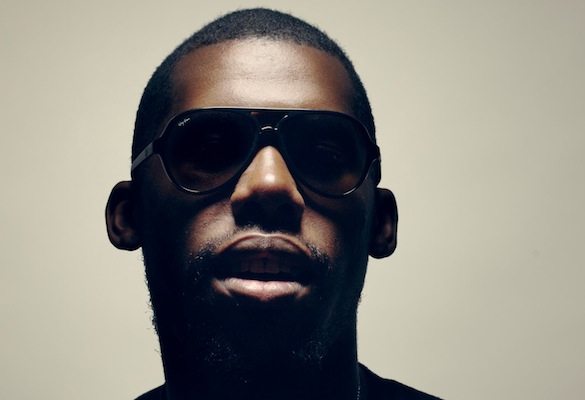 Sydney twin brother duo Cosmo & Paat put on offer an inspired early 90’s dance-infused mix of Flying Lotus’ latest with Erykah Badu. We’ve not really heard FlyLo remixed quite in this way before but we’re digging the juxtaposition and dynamic of the two disparate styles. Check it.

Flying Lotus – See Thru To U (Cosmo & Paat Remix) 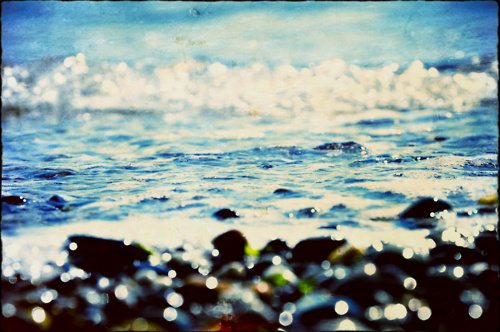 Andrea is a French electronic musician in the lane of the recent trend of 3 AM pitched down versions of R&B tracks a la Cyril Hahn. “Pictures” which remixes Kodak to Graph is another standout in the genre. Look out for the track’s ending synth bit that features a sort of 2012ified resemblance to Kool & The Gang’s “Summer Madness”. (wooo, Kool & The Gang reference!) 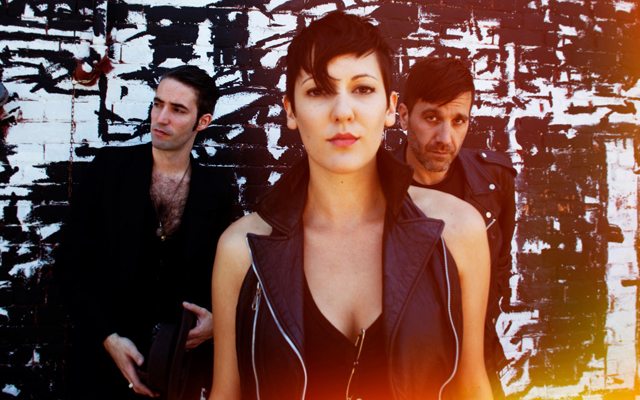 “Plaster” by Brooklyn band Beast Patrol is really good. Built on top a sprawl of distorted reverb-y guitars and a steady 80’s-esque rhythm section 1-2, “Plaster” features great melodic hooks and a simply fantastic chorus; that and some really cool subtle (tasteful) synth washes in the verses. The band has a great four-song EP streaming on their Soundcloud that features further gems you should check out. We’re definitely psyched to hear more. 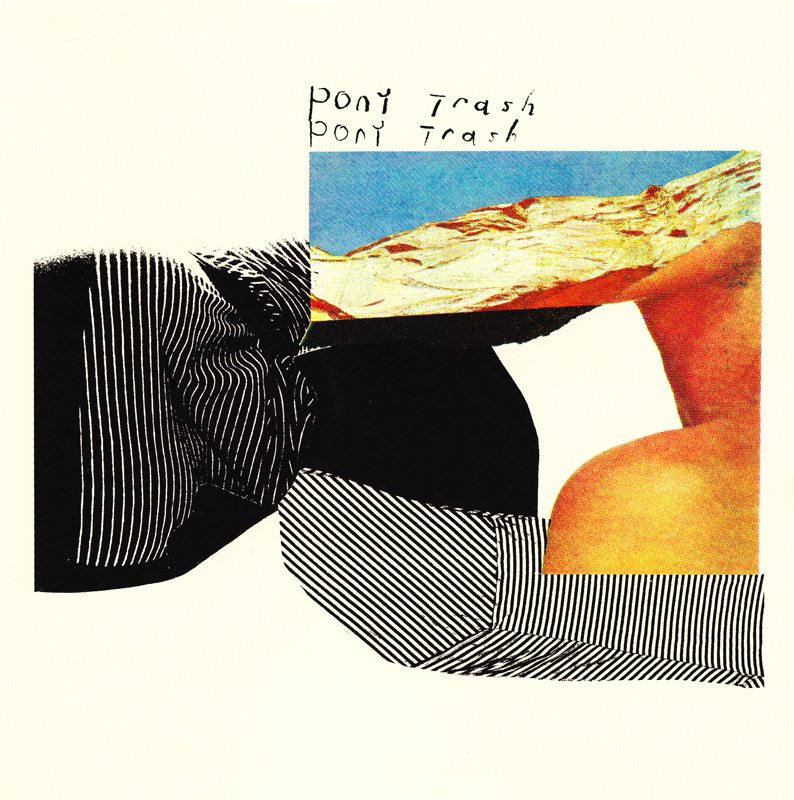 It’s pretty incredible to think that the dreamy imagery conjured up while listening to Pony Trash is actually exported from these Midwestern United States. Then again, being Midwest natives ourselves, we relate to the value of only dreaming for the warmth and breeze of sunnier shores. The debut and sef-titled EP by Pony Trash sees release on November 27th in form of limited edition 12-inch. The group seems to have a knack for building Neil Young meets Mazzy Star-esque tracks from dawn-like atmospheres to weepy sun drenched swells of indie rock lushness. Preview the closing (and our favorite) track from the EP below and get familiar with Pony Trash. 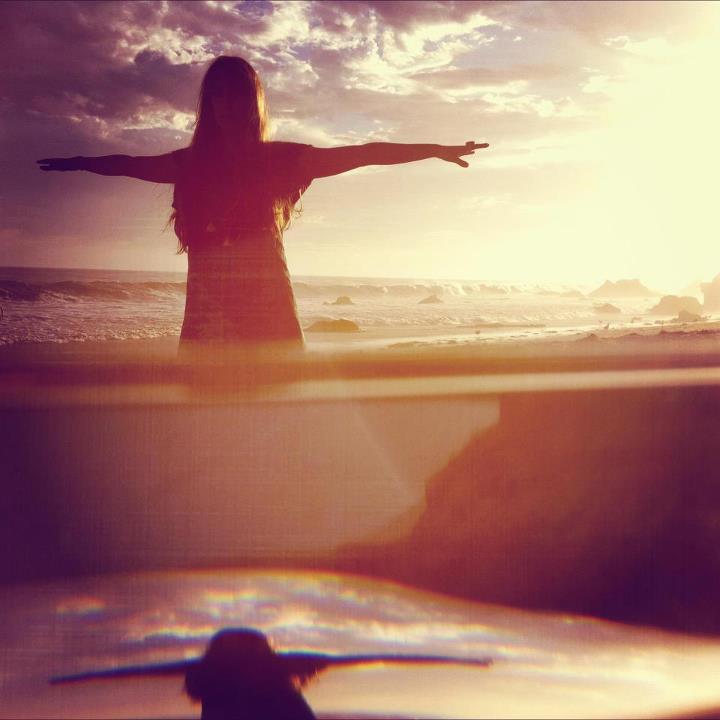 Athens, GA duo Dream Boat dial up that b3sci dream rock sweet spot with “Sea to Sky”. P.S. That horn hook totally reminds us of Usher’s “You Remind Me” too. 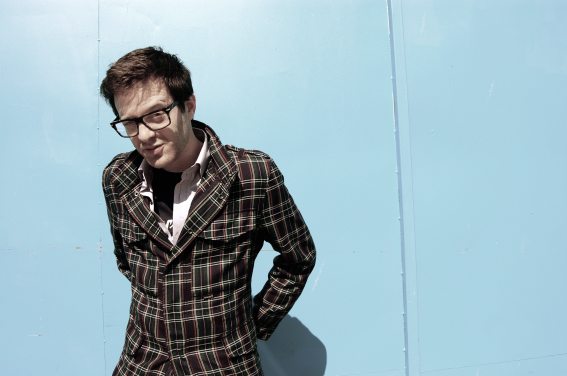 The remix big dogs RAC get their 80’s-inspired mitts on Mayer Hawthorne’s “No Strings” proceed to “make it funky”. #FunkyFridays.