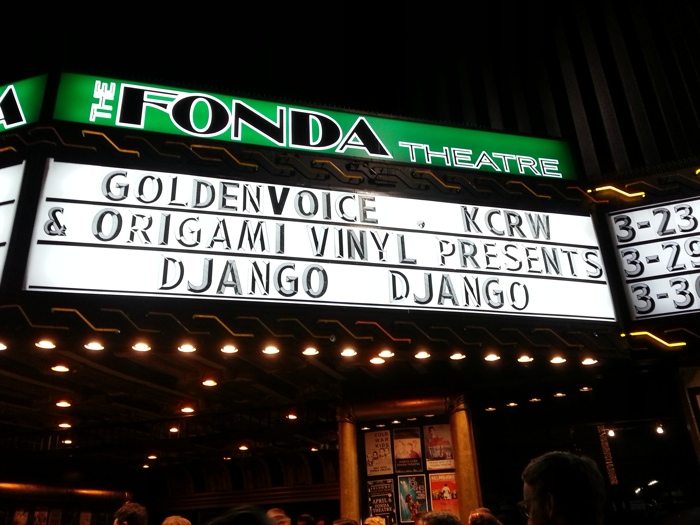 Django Django successfully ended their American tour at the Fonda on Saturday night, March 23. It’s been a quick rise for this refreshingly unique band, who was a Mercury Prize finalist and who made many year-end lists for 2012. A year ago, they were earnestly playing smaller SXSW venues as relative unknowns the the US. They sold out The Echo last fall, with several hundred onlookers and fans packed in and vibing to a show that was relentlessly electric. Saturday night, the guys expressed several times, their delight in playing on the Fonda stage. The venue holds about 1200, and an estimated 900 were on hand. Django Django attracted a good-natured crowd, as evidenced by the number of smiles on people during the intermission. The set sounded virtually note perfect, with all twelve songs coming from their debut album. The band has quickly moved to expand their show, with compelling lighting and some extended song versions. The tribal “Introduction” appropriately opened the festivities, leading into the popular “Hail Bop” just as on the CD. “Waveforms” has one of the band’s hottest grooves. The guys played an extended version with a nice little acapella section mid-song, followed by a jam that eased them back into the familiar tempo. Virtually every song has a dance feel and when they got to the acoustically based “Hand the Man”, it was a beautiful change of pace. The crowd was with them from the start but it was toward the end of the set when the house really got moving. As Django Django grows, it might behoove them to deliver their set with just a bit more punch to equal the impact they had at The Echo. As the show progressed, their hit “Default” and the garagy “Wor” ended things on an intense note. They returned to play “Silver Rays” for a hotly demanded encore. By Bruce Rave 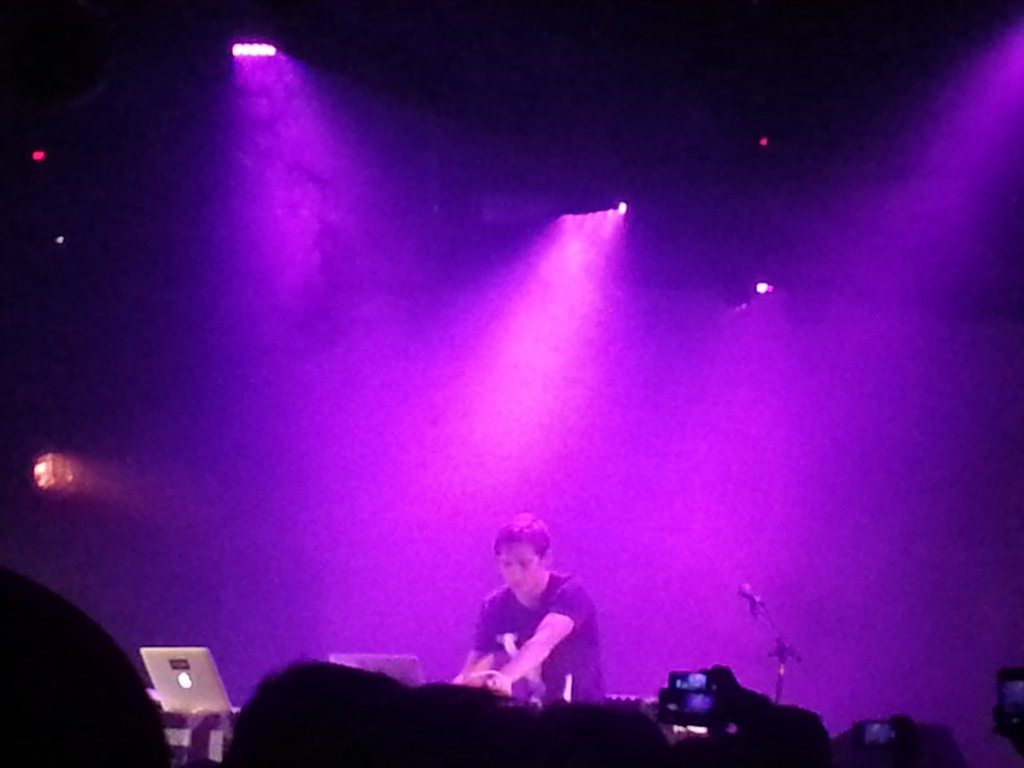 “Hype for an artist can be generated from different media outlets and will always have different outcomes for that said artist. Certain times, when the spotlight is seemingly on only one artist, that act will fall short and usually go by the way side. However, other times, that one highlighted act rises from the uncertainty and leaves those doubters in the dust. On Tuesday night at The Echoplex in Silverlake, the sold out crowd may have witnessed one of those special artists in Flume.

Warming the audience up for Flume was Jean-Baptiste de Laubier aka Para One. The Parisian brought pure fire, genre hopping and mashing top 40 R&B and rap got the crowd really going. The well established producer/film director was not short on energy and if he had the chance to, he would have played for hours. The crowd really fed off the energy Jean brought and he exited the stage to a nice applause.

After a table change up, the 21 year old Sydney based producer Flume, real name Harley Streten, stepped on stage. The packed Echoplex seemed to shift closer to the stage and the set got on the way. Picking from the very successful self titled debut, Flume started to show the LA audience why there was a large spotlight on the gifted producer. Some personal favorites from the show that was just a non stop dance party were Sleepless featuring Jezzabell Doran, Insane featuring Moon Holiday, On Top featuring T.Shirt, Left Alone featuring Chet Faker and his side project with Emoh Instead monster remix of Major Lazer’s Get Free. Oddly enough, B3SCI contributor Phoebe Severin was also in attendance and she thought,”…his retouch on the Hermitude – HyperParadise remix… wow.” Believe the hype folks, this kid is the real deal.” By Brian Litwin

Throwback: The La’s – Was It Something I Said (Kitchen Demo) 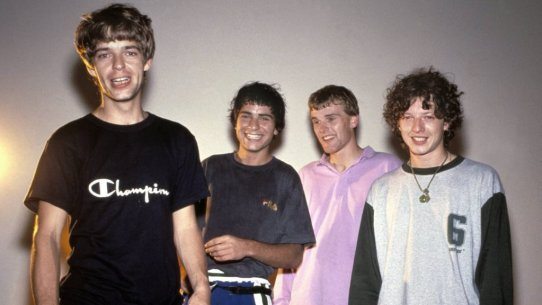 And now a reading from the Holy Gospel according to Mike Badger. 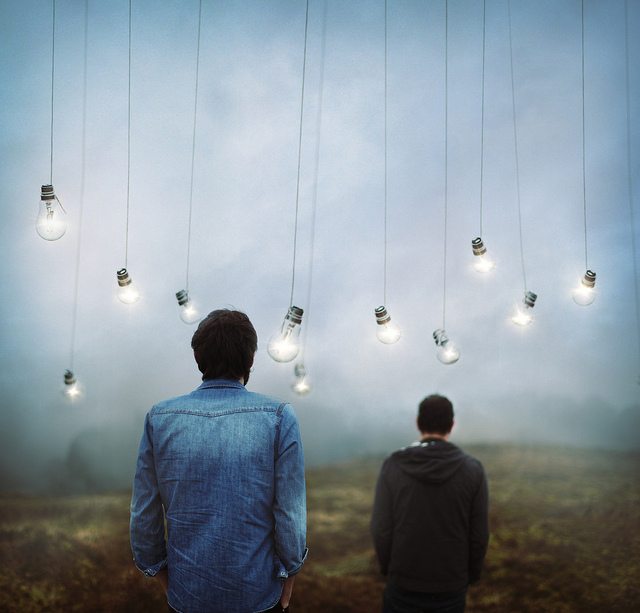 The hour is drawing ever closer to Fossil Collective’s debut album; so here is one final cut before it’s officially time to pour yourself a warming beverage and sink into your life long companion of a listening chair, eyes closed while you carefully breath in every soothing moment of David Fendick and Jonny Hooker’s wonderfully crafted collection of songs. “Tell where I lie” will be released April 8th and can be pre-ordered from Dirty Hit here and in the meantime stream the next single “Wolves” to your hearts content. By Nathan Hetherington 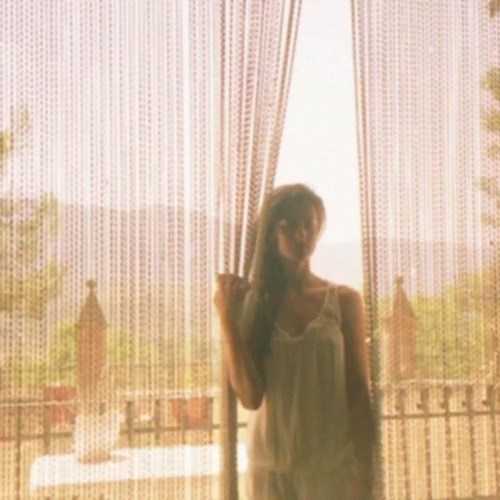 Aussie producer Burn Water pours one out for the Alicia Keys we all once knew with the deeply soulful “No One”-sampling “I Just Want You (Forever)”. Very very nice, Mr. Water.

Summertime in March; sounds wild and crazy, right? Well, you’re just one play button push away from realizing your very own summer in the bleak later winter with Boston duo Carousel’s sunny new joint for “Another Day”. 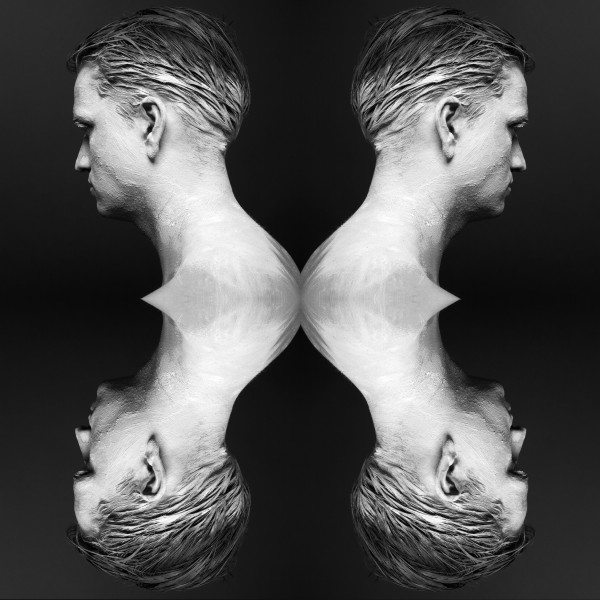 “Paul Dixon, aka FYFE, is 3 for 3 and it seems like the more he puts out the more his Solace EP, expected release of April 7th, will grab record execs attention. Lies is a different direction than his two other singles Solace and St. Tropez, but still features his signature voice and great use of space for the track. In a 2008 interview with BBC Manchester, Chris Long said of Paul Dixon’s music, “With a striking fragility that belies the solid songwriting rooted within them, his tunes are at once brilliantly fleeting, strangely timeless and surprisingly shimmering.” I think this quote still holds true today. By Brian Litwin 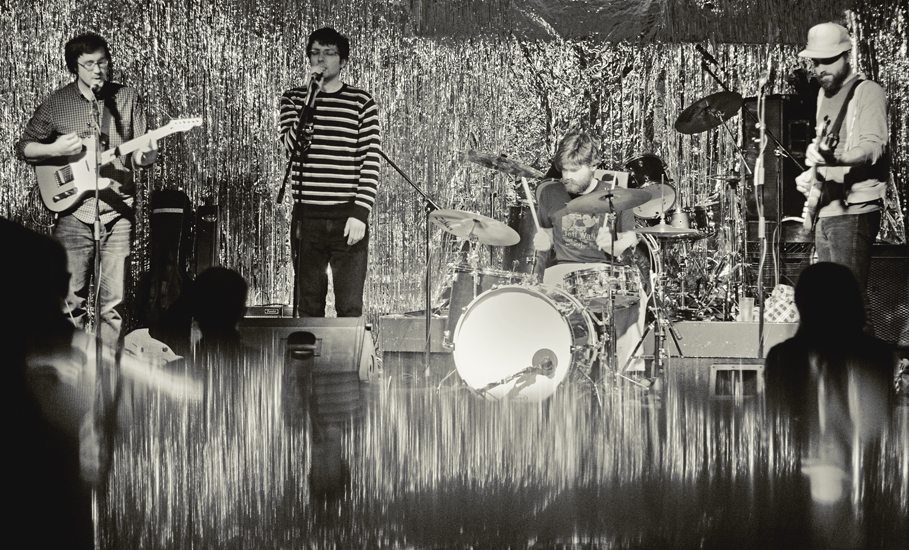 Check out the wonderfully acoustic strum-driven (there’s definitely been a dearth of these sorts of tracks recently) and melodic “For Now”, excerpted from Calgary band Lab Coast’s upcoming Walking On Ayr LP, which is due in May on Mammoth Cave Records. 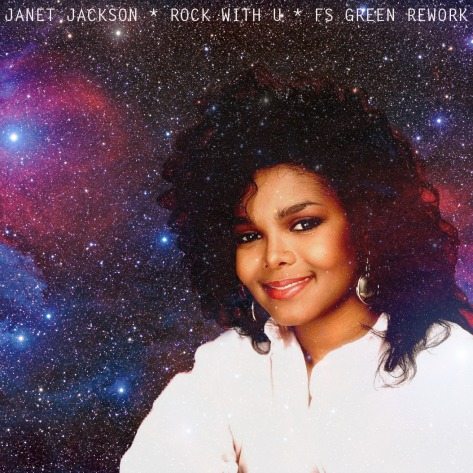 We’ve likely reached some sort of Janet Jackson sampling/remixing high water mark today; something like 3 or 4 songs released today (like this one and this one feature a source track from Ms. Jackson If You’re Nasty. So what makes this new “Rock With U” mix worth your attention? Start with one Janet’s best latter day tracks, the vastly underappreciated “Rock With U”. Next put in the hands of the mega-talented Dutch producer FS Green. The result is a standout mix that leaves many of the lesser populaters of the Janet remix/sample genre way back at the start. Go and get it.

Our man in the 330/Milk City Stalley rides out on new single, the low-ridin viber “Swangin” featuring the legendary Scarface. Premiered last night on our hometown hip hop station Z 107.9 Cleveland, “Swangin” will be the Massillon rapper’s first official single from his as of yet untitled debut LP. 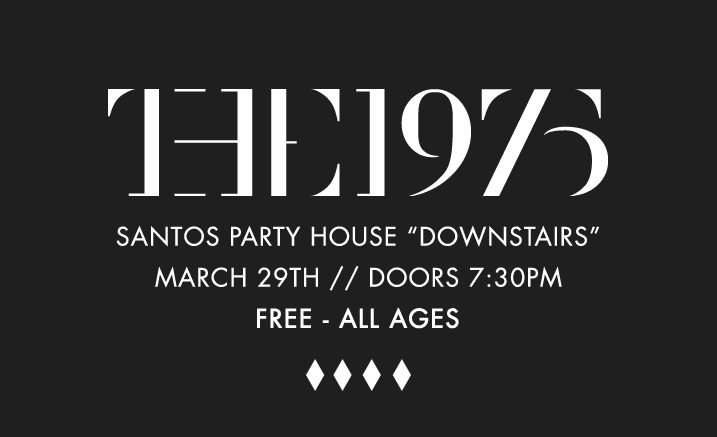 The 1975, who straight murdered it at our SXSW showcase a couple weeks ago & left Austin levelled in their wake, are playing a free all ages show at Santos Party House in New York this Friday. The first b3sci’er to email us with the subject line “I Want To Party Like It’s 1975” wins a +1 on the V.I.P. guestlist. You can RSVP for the show here.

Join us at The Mayan Theater in Los Angeles tomorrow, Thursday as ArtDontSleep Presents 12 Reasons To Die with Ghostface Killah, Adrian Younge, Blu, Exile, The Gaslamp Killer and MORE! Host Mark Luv will be curating this celebration for the release of the new Ghostface Killah x Adrian Younge Record. The jams are fresh, think Wu Tang Clan meets Portishead meets Kill Bill.. get a taste here.

Tickets for the show are $20 presale / $25 at the door, and you can get more info on purchasing tickets here. OR you can drop us a line and we’ll enter to you to win a FREE pair of tickets to this event. To enter our raffle, just email us here and let us know that you want to catch 12 Reasons To Die on Thursday night. We’ll enter your name in our random drawing to take place on Thursday morning. Keep an eye on your inbox and good luck!