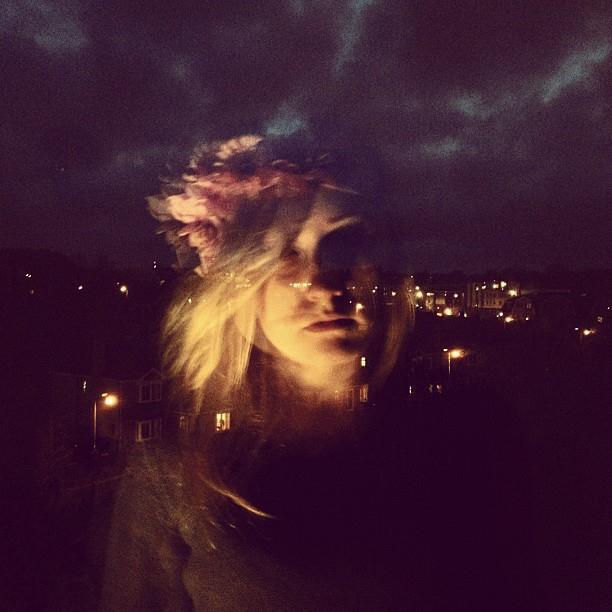 As Young Wonder prep to release their newest EP, Show Your Teeth, it’s only fitting that we revisit this juicy gem from their self-titled debut. This Irish duo create a soundscape of ethereal, beat-driven electro-pop that’s delectable. So sink your teeth into this piece of “Flesh”, over and over again. By Desiree Autobee 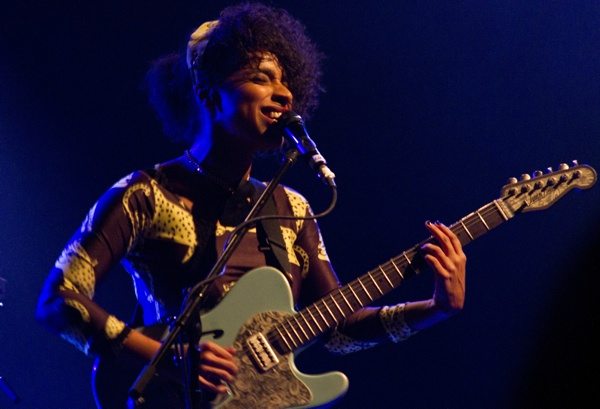 Catching a concert comes with a variety of experiences. For example, sometimes the headliner on a bill outshines the opening act(s) so much that those in attendance wonder, ‘why the hell didn’t I just show up for the last half of this show?’ Other times, the support on the bill is the highlight of the night, noteworthy beyond any of the predictable offerings from the headliner. And on the perfect occasion, the mix of talent at a concert is just right. At the El Rey Theater this past Thursday night we had exactly that experience with standout performances from both Jaime N Commons and Lianne La Havas.

It may come as a surprise to many that London born artist Jamie N Commons was actually raised between both Chicago and the UK. With this transatlantic savviness, the bright singer songwriter opened the evening’s show with his track “Lead Me Home”, which was also recently featured in the incredible AMC series The Walking Dead. Near the end of his solo performance of the gloomy track (which is a perfect pairing for the Georgia based zombie thiller), Commons’ band joined him on stage. Together they rocked through his 2013 release Rumble And Sway EP. With pitch perfect, four-part harmonies, and back woods rock and roll, Jaime and the gang killed it. Song after song, the audience warmed up, culminating to an apex when Jamie closed his set with “Wash Me In The Water”. The raspy, whiskey infused rock that Jaime brings, feels like a bullseye, and with more opening dates to come with folk/soul princess Lianne La Havas, Jaime N Commons fans should expect this to be one of the hotter tickets touring the states this Spring.

With a small set change and an increasingly excited crowd, KCRW DJ Jason Kramer pumped up the crowd right before Lianne La Havas hit the stage. She opened to the loving crowd with “No Room For Doubt”. A side note: while both Lianne and Jaime recently weathered SXSW, you certainly couldn’t tell any grueling signs from their haul in Austin. The young 23 London native, Lianne La Havas looked and sounded stunning as ever. The adoring crowd howled and shouted after different vocal runs. She was without doubt great, but frankly she could have probably done anything on stage and still received such a warm reception. Turning her audience into human percussionist, and in playing select songs from her standout 2012 debut Is Your Love Big Enough?, Lianne La Havas proved her powerful impact on both sides of the Pond. 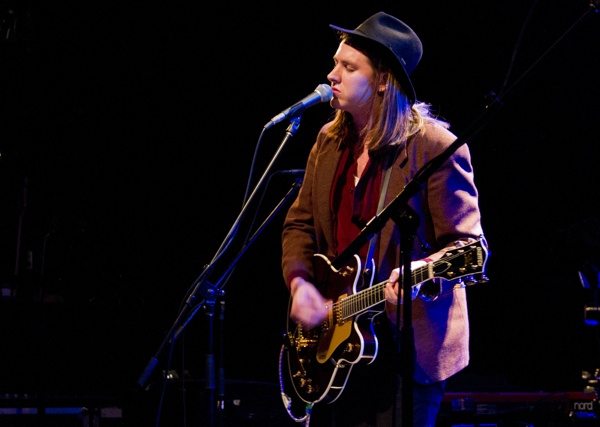 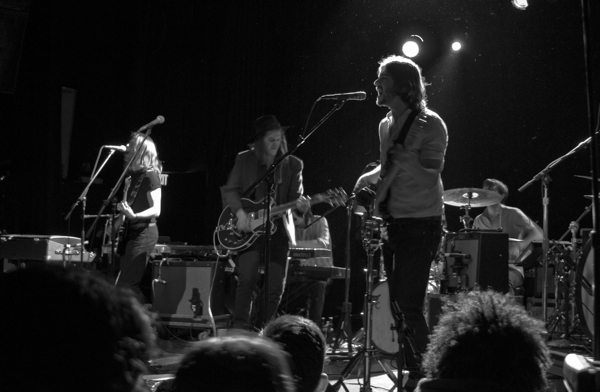 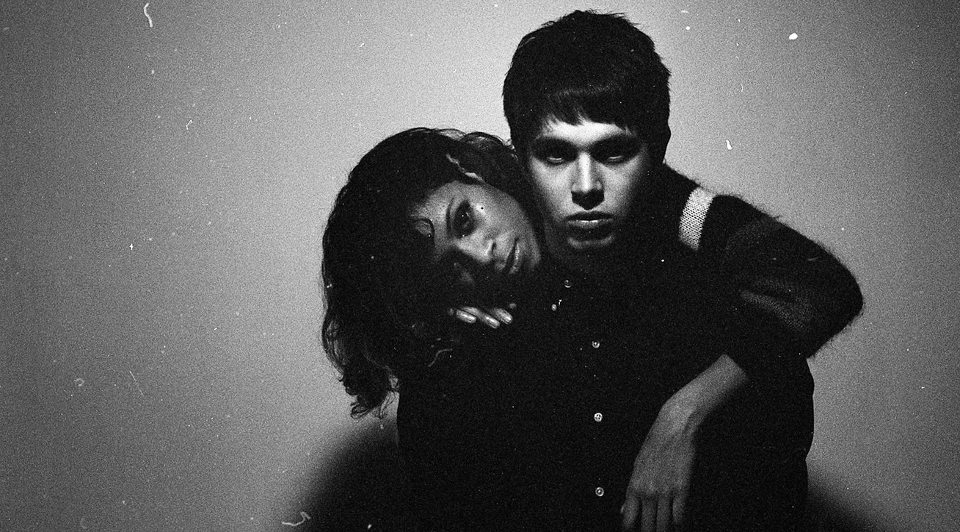 The formula is simple for AlunaGeorge. Write a great song and let it explode all over the internet. Next, take one of the bigger DJ/producers out there, have them remix the song and create even more buzz. Earlier it was Hudson Mohawke, now it’s “Harlem Shake” creator Baauer. The math is simple people, just enjoy. By Brian Litwin 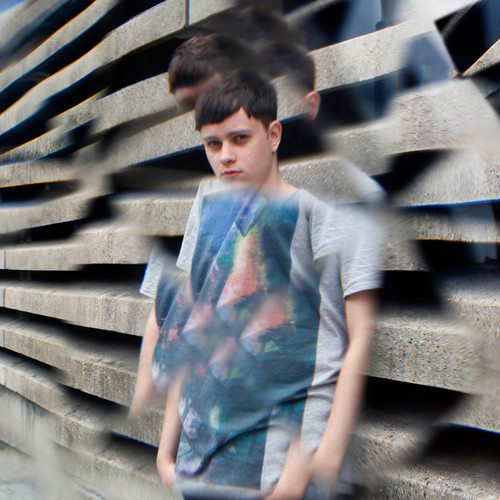 Massive. Loud. Rowdy. Rustie knows how to rule the dance party. All dub and club, “Triadzz” is the second of two new singles from the Scottish producer. He cleans house with this electronic track’s massive buildup and killer drops. “Triadzz” may even make those electro skeptics bob their heads a bit. By Phoebe Anne Severin 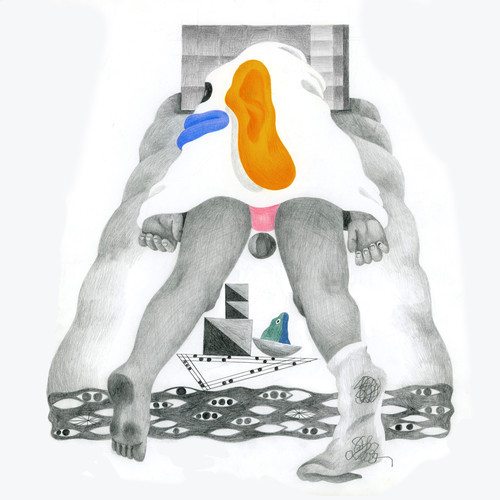 It was Shlohmo’s 2012 remix of Jeremih’s “Fuck U All The Time” that first left us all a little speechless. At the time, it seemed an original collaboration between the two might only be a far off dream. As 2013 rolls into Spring, that dream has become a reality. Jeremih and Shlohmo’s new track “Do U Right” demonstrates an intense chemistry between the two artists. It’s a superhuman collaboration that perfect for the dance floor. Check it out below. By Phoebe Severin 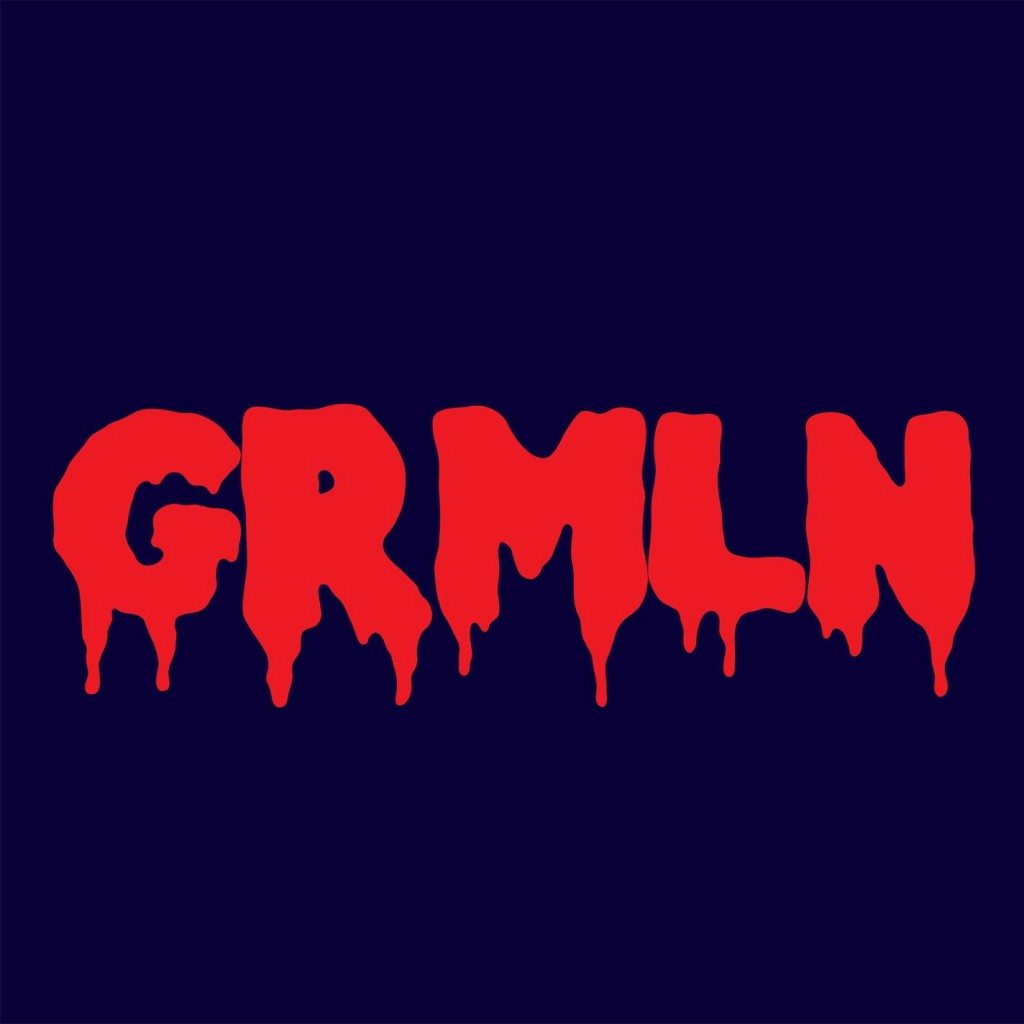 You feel that cool rush of air emanating right now from your laptop’s speakers? No, it’s not your DVD burner freaking the f out, it’s the sound of something fresh and interesting infiltrating your eardrums. GRMLN a/k/a Californian via Japan rock musician Yoodoo Park is the responsible party for all that freshness. Mr. GRMLN’s debut LP Empire will be released on June 4th. You can learn how to blog just by checking our fresh.

Neko Case – That’s Who I Am 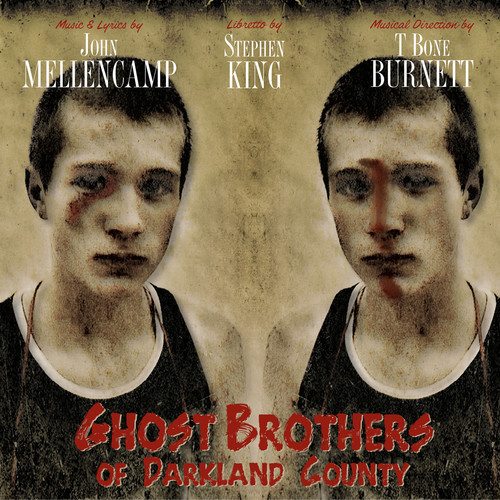 One of our favorite vocalists pretty much ever, Neko Case, surprises today with the release of a new track. “That’s Who I Am” is part of the upcoming “supernatural gothic musical” by John Mellencamp, Stephen King & T-Bone Burnett (which sounds absolutely wild) called The Ghost Brothers of Darkland County. Yeah, so if you’re playing along at home, you know that just about anything T-Bone Burnett puts his name on (yes, even Nashville) is going to be very very good; add that up with Ms. Case’s world-class singing and the source material backing of J. Mellencamp & S. King and you’re most definitely working with a must listen track. Spin it below. Hi Neko! 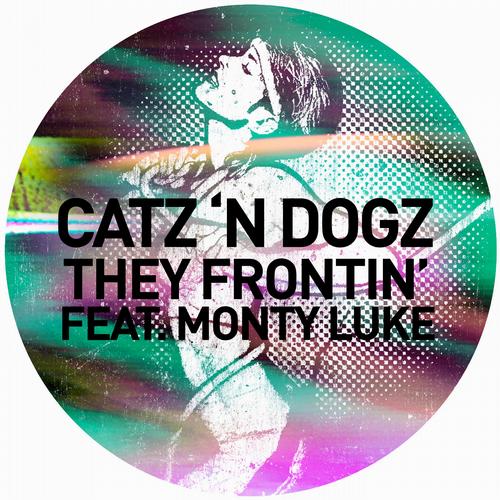 I don’t know about you, but I barely ever find club releases with more than one good song anymore. I want to shake my ass for longer than the single I knew about, before illegally downloading, damn it. Catz ‘n Dogz knows how I feel and created a sexy project that will surely get your body jiggling. “They Frontin” starts it off right, with a first-rate appearance by the super smooth vocalist Monty Luke. And, the release closes with the equally catchy, self-describing “Ass Point.” By Teddy Pendergrass 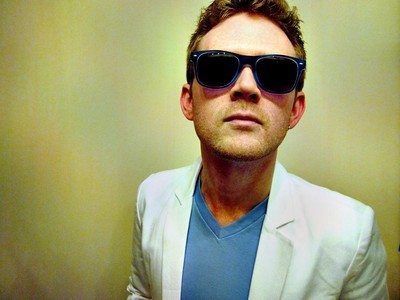 Nashville artist Patrick Baker’s 80’s R&B/pop-influenced “This Love” is delightful enough for its nostalgia but the track is also a VERY good pop song. Baker’s skill as a writer is the star here as “This Love (Higher)” has the replay-ability and out and out quality of pop arrangement is really standout. Do not miss. 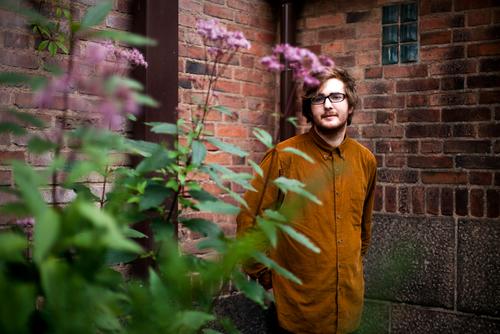 An Aussie remixing an Aussie might be the winning formula now a days. Leigh Hannah, The Townhouses, originally put out the eclectic Diaspora in late November, but is now releasing remixes of some songs. Outerwaves, Brisbane-based Dominic Stephens, took the already beautiful Talk and made it groove. Keeping some of the core elements of the original track (Giorgio Tuma’s vocals and bouncy vibes) and adding an awesome beat with snyth spurts throughout, Outerwaves gives this chill track new life. By Brian Litwin 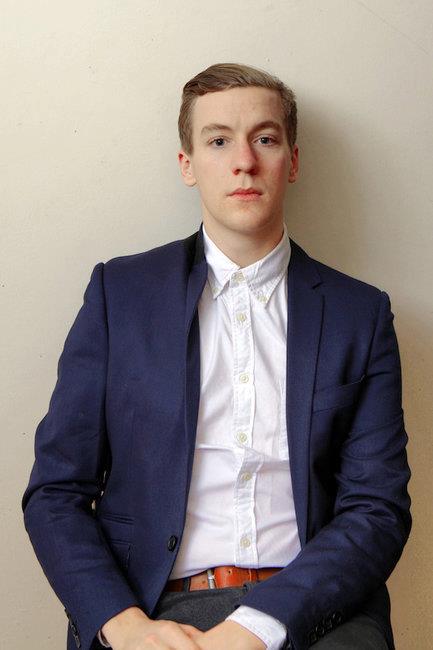 Chloe Howl – I Wish I Could Tell You 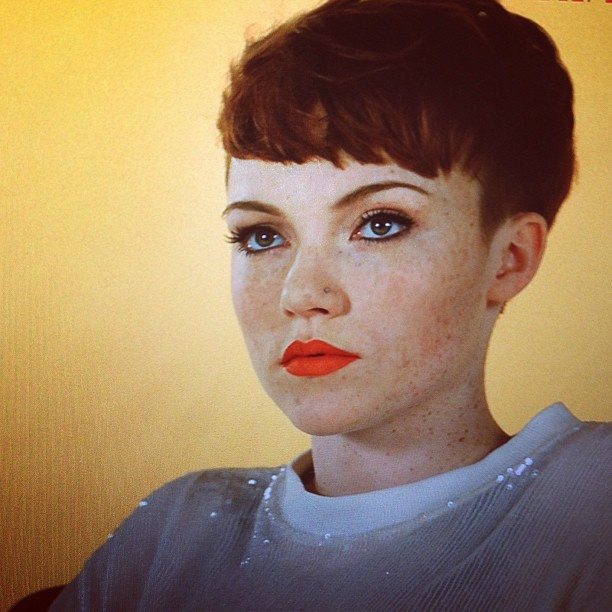 Our one Chloe does not miss. Three tracks in, “I Wish I Could Tell You” is the latest and final release from Chloe’s debut “Rumour” EP, and the young English songstress has credited to her name three gems. The pulled-back “I Wish I Could Tell You” exhibits the same freshness and visceral transparency of Ms. Howl’s first two tracks “Rumour” and “No Strings” albeit in a slightly more accessible and certainly more vulnerable package. We’re loving it.

Chloe Howl – I Wish I Could Tell You