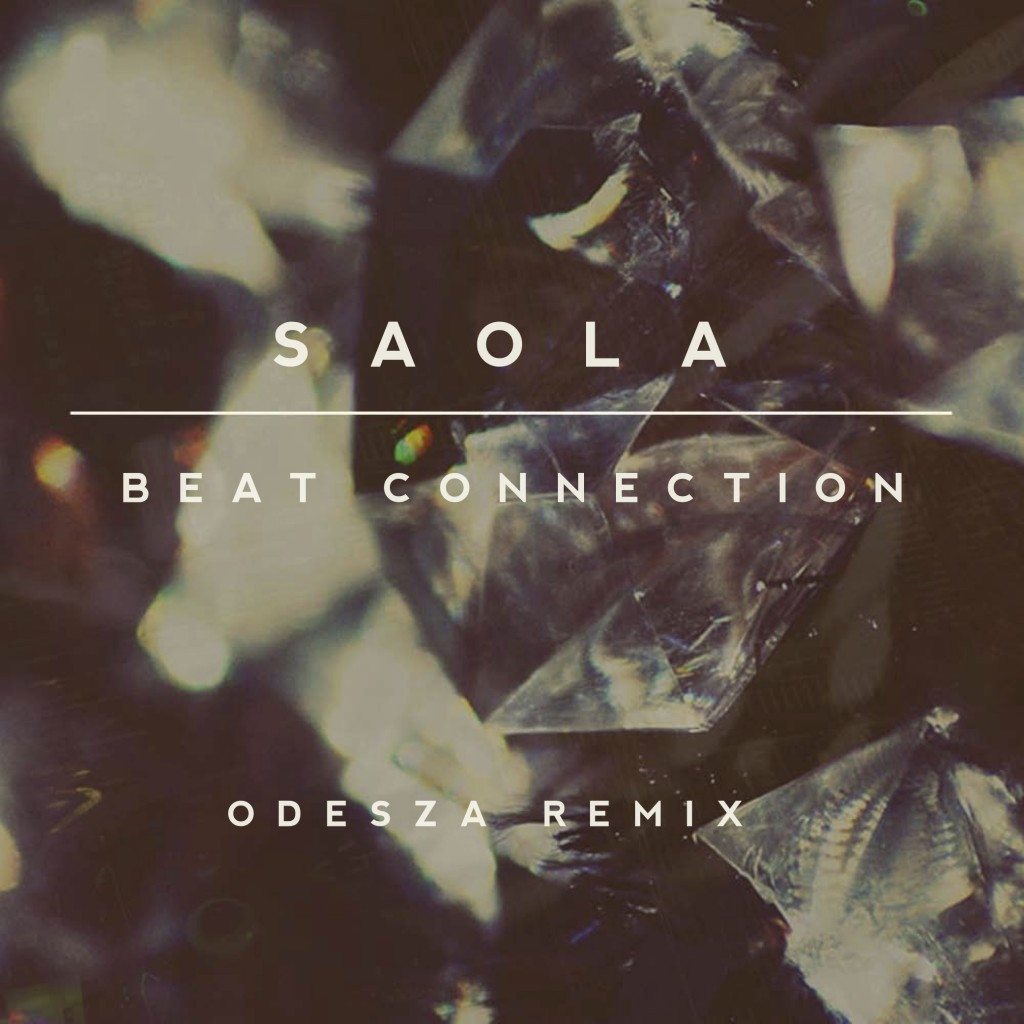 “Saolo” by Beat Connection puts on an outfit for the big dance rooms with this remix from production duo ODESZA. The two Seattle collectives will be heading out on tour together early this May. It’s not a tour to be missed. Catch the dates below and spin the ODESZA remix of “Saola” below.

Kyogi – You Got It Bad 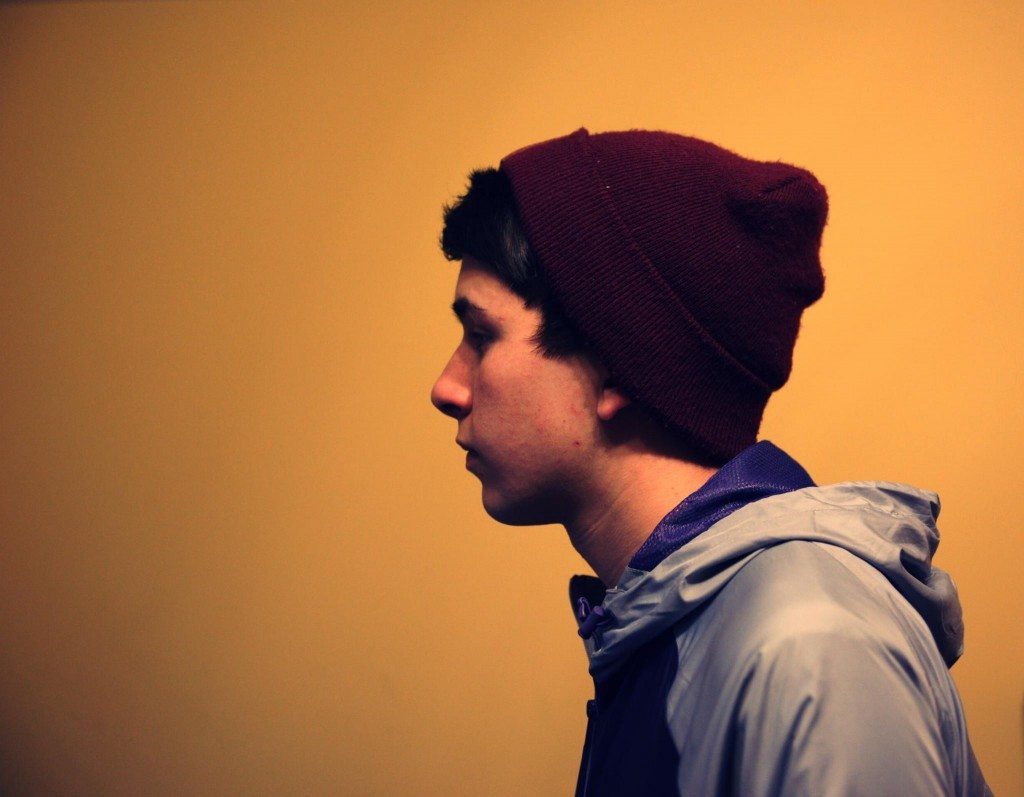 If you’re into electronic vibes from the likes of Flume, Disclosure, and Ryan Hemsworth than 15 year old producer Kyogi should be on your radar. The intuition is like he’s been mixing since the womb. Textures, pulsing synths, melodies, we’re into it. 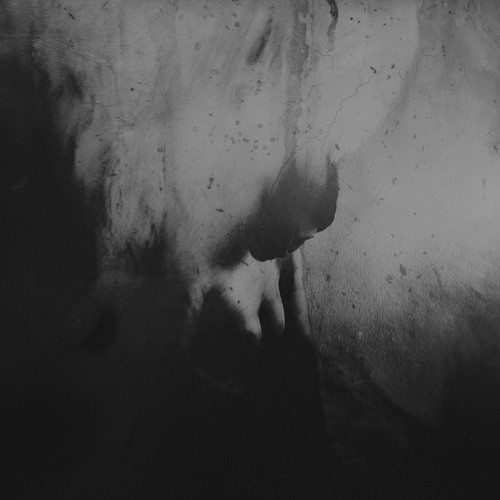 Netherlands producer Shak recently dropped this nocturnally downtempo gem titled “Bad Moments”. The track is running nowhere fast, and rather sucks you in it’s ambient vanuum for some serious audio reflection. Cruise through “Bad Moments” below. 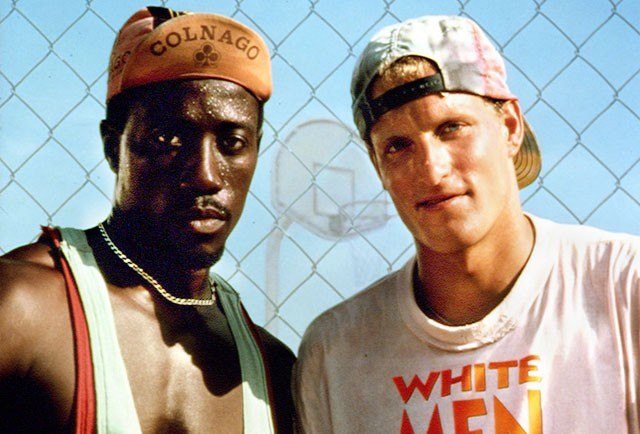 I come across so much music. I’m not a self-described hipster who hates anything mainstream. But I do notice that a lot of indie labeled stuff is shitting on what the media is forcing us to watch and listen to. This article addresses a variety of tracks to see which side is better in the club genre House, Mainstream or Independent? Let’s let a few random small fan base soundcloud discoveries, count as something “Independent”. And we’ll let some recent top ranking Beatport House tracks represent the “Mainstream”. Here’s our commentary on the topic, and chime-in with your thoughts in the comments section below!

John Monkman has 208 followers on Twitter. So I’m putting him on the indie side. The funk intro is great in “Follow Me.” The vocals are smooth and classy. The waves surely hook you in. Liz Cass is a good choice for singer. The bass waves are groovy. “Heeewwwwhuhuhuuuuuu” is so tingling. I like “Follow Me” but it’s missing something that says SUPER STAR. If Monkman doesn’t sell out, some more money/shine could bring this title to fruition.

Blondish is mentioned a lot by Pete Tong. They’re semi-mainstream I guess. “Distant Lover” has a nice trance, Egyptian groove. It’s missing that special something to take it to the next level though. Blondish for sure knows that vocals are back in. However Thomas Gandey’s singing goes in circles rather than a straight line. Instead, I’d prefer to be kept off-guard with the lyrics and/or switch-up the beat somewhere in these 7+ minutes.

This track is so stunning… at first. The track should have just been 3 minutes long and then ended. Contrary to popular belief, good House is not just all about a hot beat and vocals. You have to make every minute have key differences that necessitate the songs length. Finnebassen is quasi mainstream, he should know better than to be this repetitive.

This is literally the best mix that I have heard since DJ Tiesto’s In Search of Sunrise 7: Asia, which is extremely mainstream. And Enzo Saccone is the most “underground” artist on this list! While his artwork is so, “yeah, I did this myself,” the music is so “yeah, I did this myself and awesomely at that.” Saccone is actually taking risks. It’s so unique and refreshing. The best type of music exudes said qualities.

Is a memorable sample what makes this track win? I’ll defer to you – the readers. Does it really have anything special to it? Echoes? Waves of synth? For me, it’s boring.

Another sample that sounds familiar. But where is the innovation? I like this more than “Song 2” but I still am getting my yawn-on. Build-ups are not supposed to feel like a task for the listener. It’s supposed to be the hook before the hook. I’ll pass.

This is the third best  release currently rated on Beatport. The top tracks all have the same primary characteristic: trendy sample. Get some exciting stuff if you’re going to sample guys. It’s a turn off otherwise, for me at least.

Raw Silk – Do It To The Music (Federico Scavo Remix)

Ok, this sample is more engaging. “Do It To The Music” is definitely the best track, on the Beatport list, that I’m referring to. The track has the quality master feel. Nevertheless this track has no replay value for me. The song is too repetitive and not sexy enough. I hate saxophone use in club music. The fact that Enzo Saccone can pull it off, and this guy on Ultra Records can’t, is mind-boggling.

While some lack the expensive tools, many independent artists seem to have the real passion and drive. Both independent and mainstream house scenes seem to be failing at gaining my full on support. But I’m picky. I base the win completely on Enzo Saccone. He not only made me listen along for 40 minutes (so rare), but he used a sax right, which I thought was impossible.  Keep an eye on this one. 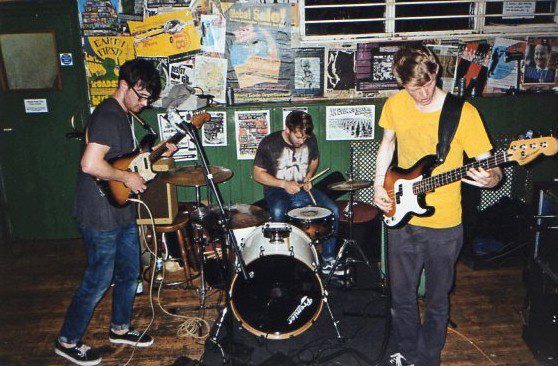 Anyone who has seen a good band play in Brighton or London recently will have most likely seen TRAAMS opening up a dozen times and will already appreciate the fact that TRAAMS can produce a whole lot of noise. Dirty, grungy krautrock is their thing and they’ve just signed with FatCat, so by way of celebration they’re gonna rip your ears off with this blistering new track called “Mexico”… You’ll like it. By Nathan Hetherington 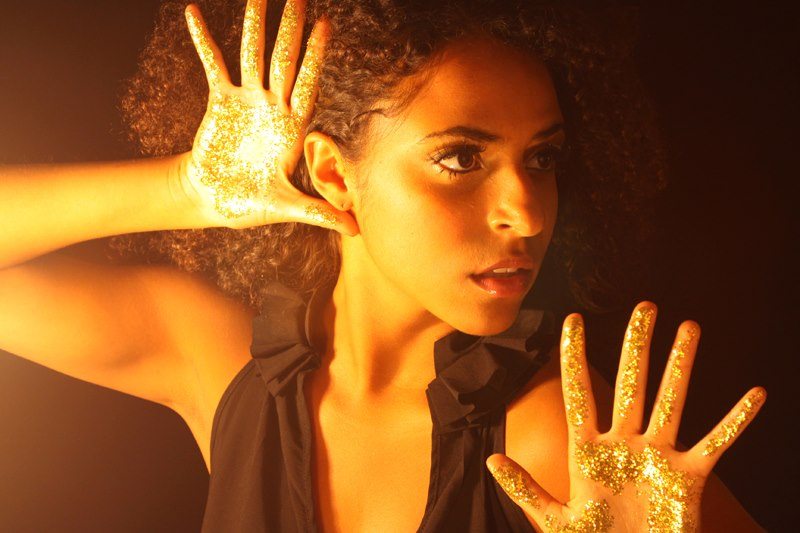 Two artists that we love connect for A+ new track. Rising UK artist Tropics seemingly gets better with each new track he releases with the Gavin Turek-featuring (wasn’t our show with her in L.A. last night awesome?) “Courage” is likely his best effort to date. Everything about “Courage” is ace from the layering & melodic support in the beats to Gavin’s just the right amount of airiness vocal. We have very little doubt that many many trips to that replay button are in your very immediate future. 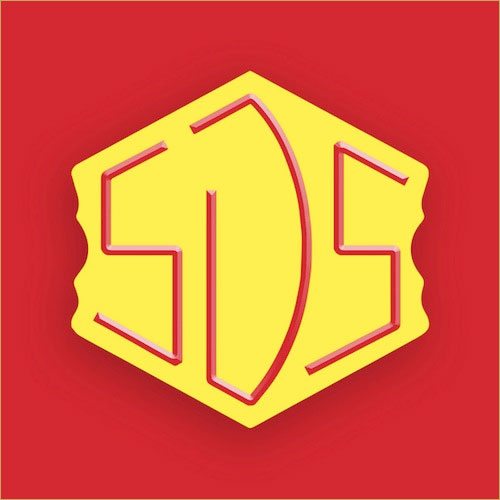 Wow, we had no idea The Lotus Man had any idea who Mac Miller was either, but here it is; as the much derided (but can still spit) Mr. Miller tries his lyricism on top a fresh FlyLo beat with “S.D.S.”. 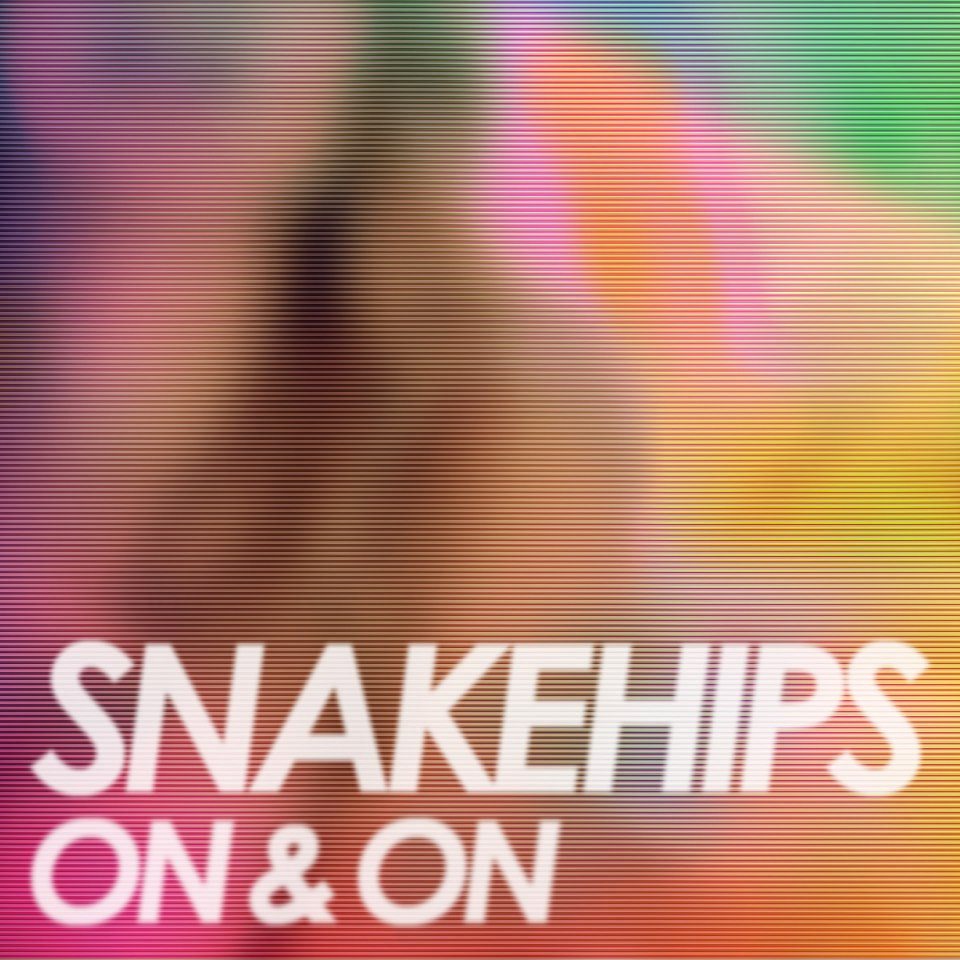 UK beatmaker Snakehips, who’s remix of Bondax’s “Gold” is one of the year’s best thusfar, connects again on another winner with “On & On”. Of particular note on this nicely vibed soulful electronic track is the really just beautiful vocal melodies that weave in and out the song. “On & On” is like taking a really nice ocean swim, where the water’s warm and the seagulls stay out your shit (yeah just like that). OK, get like us and get acquainted with “On & On” below.

Disclosure – You & Me (Feat. Eliza Doolittle) 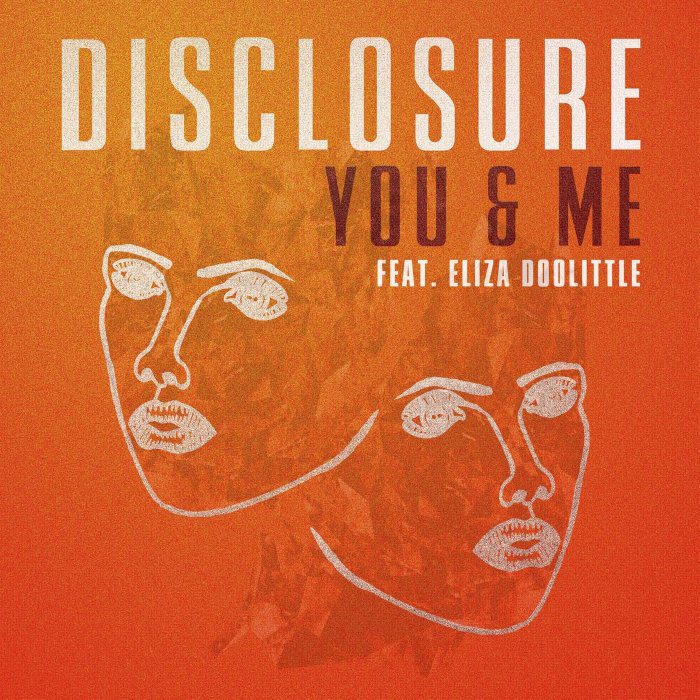 Right, so Disclosure’s (gasp) 4-day old track is so deep into the blogoverse at this point that yr Grams is prob doing the 2013 version of the Electric Slide to it with her bridge club but we’re so caught about by the track that the pages of b3 would be lesser without it. Get into it, it’s our favorite UK songstress Eliza Doolittle guesting with Disclosure on the super posh #gramsbridgeclubapproved “You & Me”.

Velociraptor – Walk on By 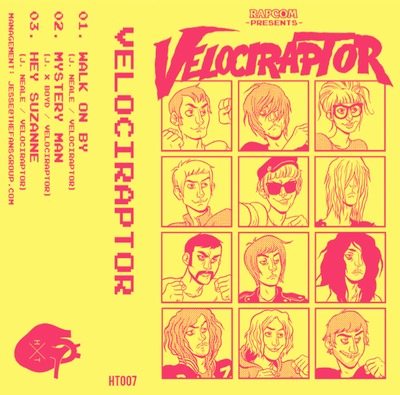 Big tune here from a group with one of the coolest bandnames we’ve heard in a while. Velociraptor unleash garage rock carnage with “Walk On By”. This Aussie crew rolls 12 deep, Shane Parsons and Simon Ridley of DZ Deathrays plus ten. Can’t wait to catch these guys in a live setting.

Crystal Fighters – You & I 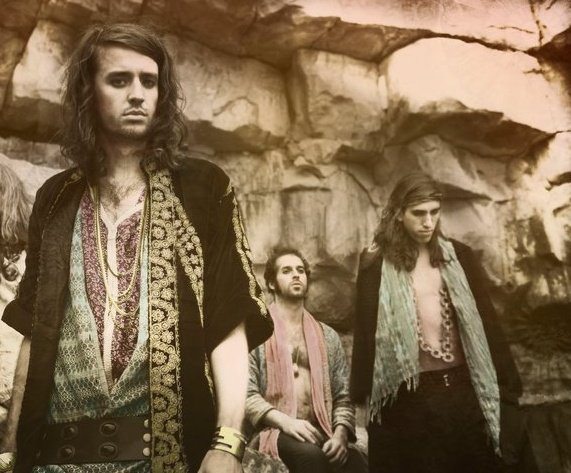 Crystal Fighters have let loose on another newbie from their forthcoming May 27th CAVE RAVE release. The strummy quirky “You & I” is a standout with it’s eclectic world music flavors and celebratory refrain. Spin it below, feel good, and mark CAVE RAVE on your calendars. 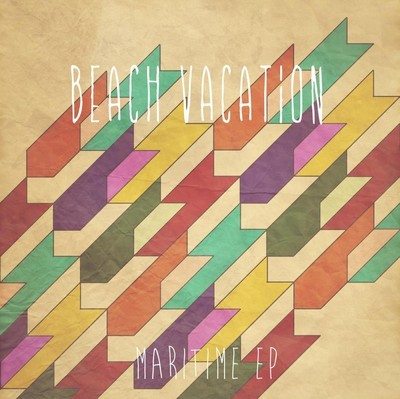