The Philadelphia Hip-Hop That You Need to Know: Part II 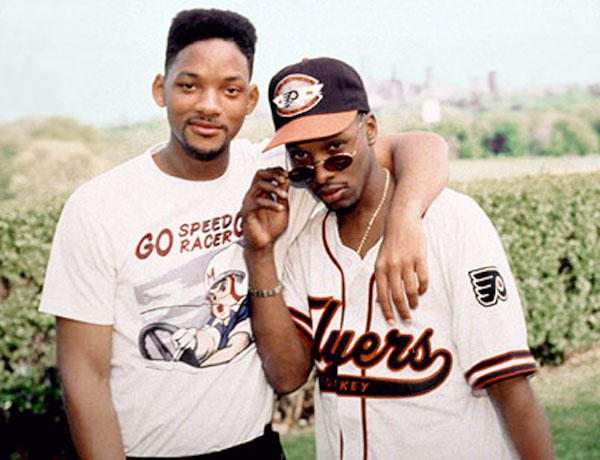 In continuation of my thoughts that Philly indeed birthed some of the most talented emcees of this generation (read more here), I’d like to rant on the current state of hip-hop in the 215. In all honesty, I find myself critiquing every rap song I hear, and interestingly enough, I always seem to lose myself into dozens and dozens of track replays from unsigned Philly rappers. Why do I get so bored with most emcees world wide, but can’t get enough of people that you never heard of? I’d guess it has something to do with my theory on mainstream v. independent rap. That popping artists rarely have the passion to match lyricists who are still at the bottom.

Astronauts Really Fly (aka ARF) is Jay-Z’s undiscovered, competition. If you listen to all Mont Brown’s songs it has everything you could ask for from hip-hop and more. “Reachin” from the ARF EP is an extraordinary example. I can see the Philly ladies and gents alike playing this song loudly from their car stereos. Mont is definitely putting his heart into rap. I remember I saw a review for Danny Brown before he was this big. Anthony Fantano said Danny really figured it out with XXX, showcasing the importance of passionate and honest lyrics. Mont Brown is doing this but too many seem to be sleeping on it. Pace-O Beats’ small part in “Reachin,” is flawless. It’s pop music, man. What more do you want? Astronauts Really Fly could go on tour with Bruno Mars easy. Bruno Mars should sign Mont Brown for more “street” hits.

Philadelphia has a second force to be reckoned with as well. I’d like to introduce you to The Bakery Boys. This crew is for real, and some necessary competition for the dominant Odd Future. Bouts always make the game more interesting, right? Let’s review some Baked projects.

The title cut off the FourEver EP feels like old Roots but more raw, un-cut. “B-A-K-E-D.“ The Bakery Boys have crazy flow and team chemistry. The last verse is the most unique from Diabolicool (more reviewed on him below). Listen to his words closely; it’s pretty jarring but pure awesomeness. The track “Love Lost” shows range. It’s reminiscent of early 90’s fly rap, style and fun. The emcees like the chicks and can describe their infatuation ever so smoothly. Great tune.

“4:20” is slow, baking music. I admire how the Bakery Boys know to offer multiple sounds. And their flow has yet to become tiresome. The instrumental is amazing. While the Nate Dogg sample is probably my least favorite part, of the tape, it doesn’t stop me from listening again. Closing track “Salute” hits hard with some Cali rhythm. Rappers, definitely, have influence and youth in Philly have always loved California. The hook is a standout. Young hooliganism is ever present with The Bakery Boys and it’s captivating. I also love that nothing about these guys’ music forces the “Philly sound” stereotype.

I feel this EP really captures the mind-state of young street life. It’s not so violent but it’s real. It’s crazy ironic that rappers in their 30s are lying about what they’re really involved with, and the rappers in their teens are genuine and honest. This tape is pure quality. It’s my second favorite of 2013. Philly’s really holding it down as the initial track on my list is from Mont Brown. Variety man, that’s all it’s about in music and both these Philly camps have that down.

In introduction to this last review, Diabolicool is super strange. But his unique style is precisely what makes the Baked kids fierce competition. It’s important to not only be able to give the listeners what they want, but to also offer things they have never experienced before… things that may take some time to get used to.

“Uh Oh (Intro)” let’s you adjust to the weird, otherly personality of Diabolicool and the gritty EARDRUM production style just right. Listen closely to connect with his lyricism or you’re not going to like him. “I’m the coolest cat like a snow leopard.”

“Terrible” is an engaging psychological set-up. I like his creepy vibe that you can also bounce to. Remember Mobb Deep’s haunting beats? This is the new era of that, clearly. He’s got flow man. The transitions are classic. This is very impressive.

Now onto “Big Bad Bastard.” Diabolicool is confident in his style and skills. It’s super lyrical rap music. The album has introspect/intellect. Realize EARDRUM is the featured producer and capable of anthems.

“Doctor Strange” showcases Diabolicool’s alienated attitude. There is tons of humor in this track. “Ejected sperm on a fucking perm.” He doesn’t want to be taken too seriously over this spacey instrumental.

“FREDDY” is horrific, with the incredible and only EP feature. I see aggression towards the enemy. They have hard shit, for the streets, which is huge in Philly. Diabolicool is so weird with this third eye shit (and everything else) but I can’t get enough of it. “I’m on fire like Richard Pryor.” Blah Blah Blah Favorite. <3

“Looney Tunes” is like old Obie Trice but not really. I love jokey hip-hop. And Diabolicool is fucking looney, “busting nuts in loose cunts.”

“Try Me” is the perfect close. While The Bakery Boys really have the boom bap rap down pact. Everyone likes that stuff. “Knock, Knock.”

So yeah, maybe you think this guy is ripping another movement but I honestly don’t feel that way. Lots of kids, these days, have pride in their bazaar behavior. Just because more than one person is odd doesn’t mean he/she is ripping the other. It’s just an indicator of how much times have changed. This tape gets two thumbs up and is my third favorite body of work in the last few months. Philly all day, son.

In conclusion, While they’re certainly rough around the edges, you can see incredible potential with The Bakery Boys. Comedy, youth, versatility, honesty, originality and rebellion are needed, in the rap game, and that’s exactly what they offer. Astronauts Really Fly, on the other hand, represents crossover music. Top 40 needs Mont Brown and Pace-O on their radar. It’s so good that hopefully it’ll “pop” soon. It has to.

The following tracks are random but it’ll let any doubters know that The Bakery Boys have a host of material that’ll get your head bopping.

“Jave x Tires” is so trill. Oowops and tube socks are included in this freestyle that makes you disregard its originator. Lil Jave talks about life’s decisions with a natural smirk. The true skater lifestyle should add some more attention. 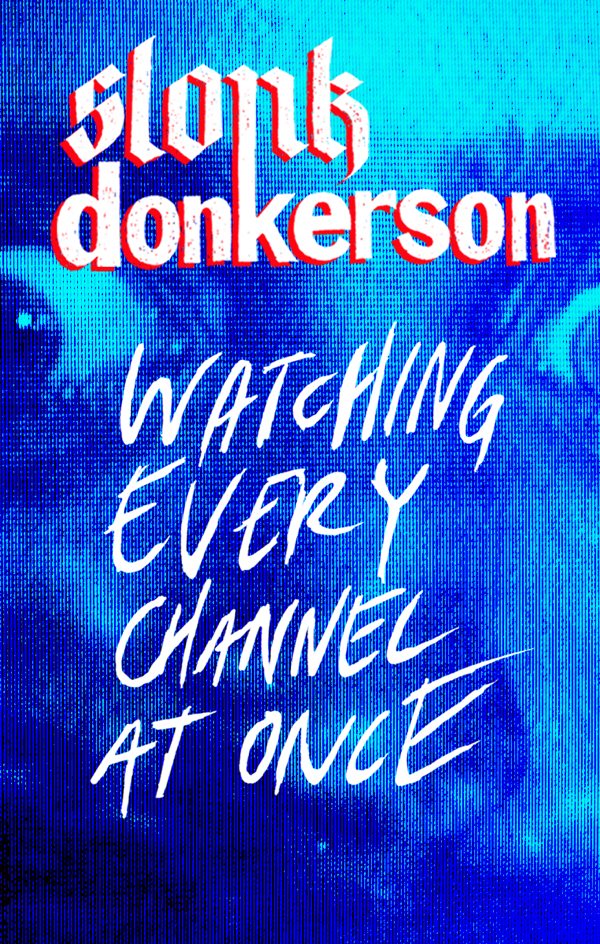 Check out the new EP, Watching Every Channel At Once, from “ultimate parlor room name game” winner Slonk Donkerson. It approaches that Foo territory without ever getting too Foo. The title track could be a lost Slothbear cut, as they’re both very much of that same slacker vein and NYC sound. Slonk tags Dylan, Husker Du and The Replacements on their Soundcloud, and indeed there’s something Midwestern about them, an ethos borne from the garages of middle-America. I’d be hard pressed to find a band of this particular breed in LA, but the fact is that any coast, whether it be best or not, would greatly benefit from a band with such a clear sense of what they want to accomplish. By Chris Gedos 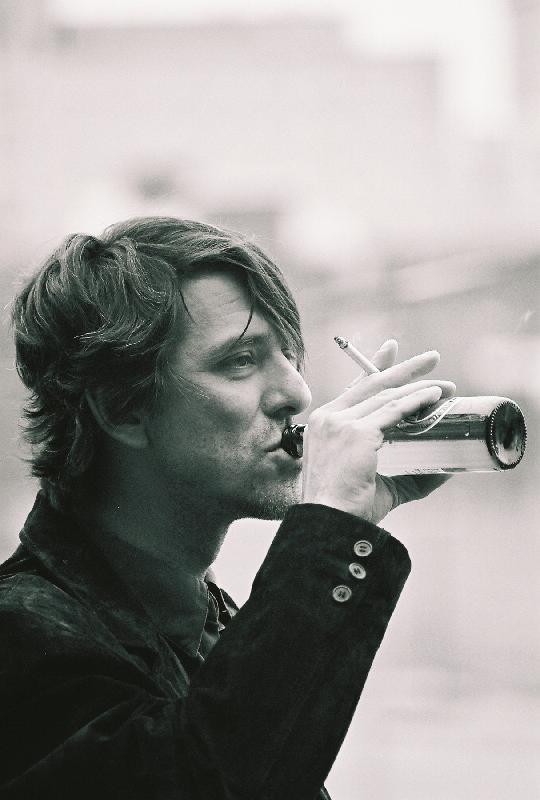 Dangerbird delivers another gem with T. Hardy Morris and his debut single for the label “OK Corral”. Excerpted from Morris’ upcoming Audition Tapes LP (due July 30th), “OK Corral” borrows a bit from the School of Uncle Neil but also reveals quite a few other interesting (soulful) layers to it. Very very nice. 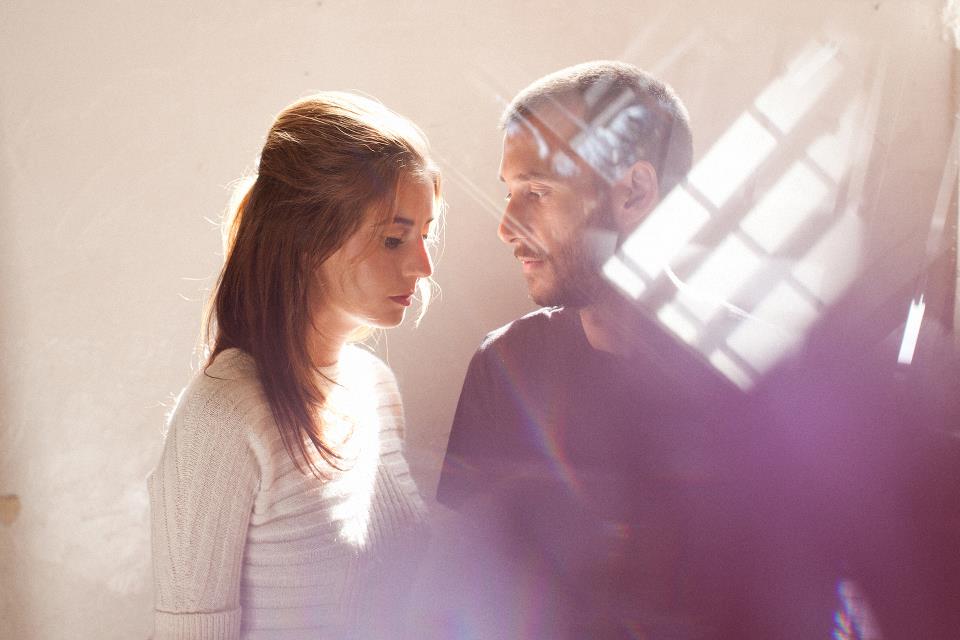 Just signed to Stones’ Throw, Boardwalk are the L.A. duo of singer Amber Quintero and Mike Edge. First single “I’m To Blame” is like something so beautiful in it’s space and element, like a rose at its peak bloom or a very pretty music box that to touch it or to engage with it would somehow sully it/interrupt it as it is. The dusty perfectly reverbed guitars, the tin-toned organ drones & Quintero’s warm & easy vocal are just a few of the track’s highlights. Sample “I’m To Blame” below.

Goldheart Assembly – Billy In The Lowground 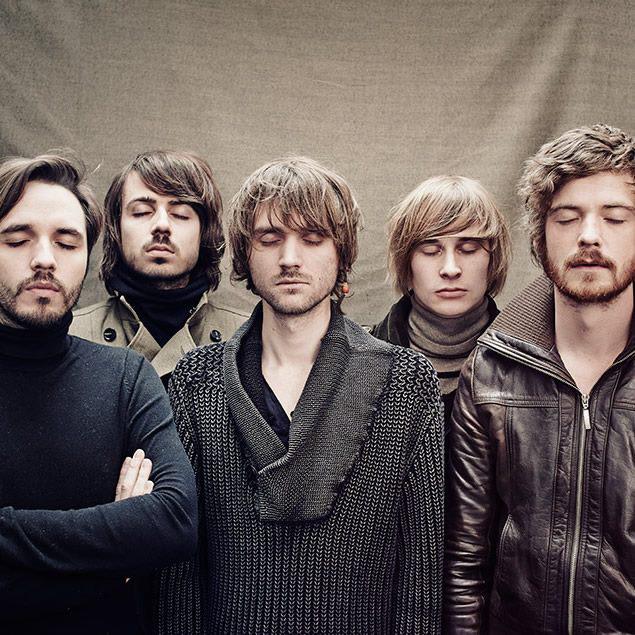 “Billy In The Lowground” is previewed here from the anticipated sophomore release from Goldheart Assembly, aptly titled Long Distance Song Effects. The timeless sounding orchestration and harmonies in “Billy” have that classic British pop allure that you could almost expect from a lost Beatles track, like a song that The Neighbourhood, or maybe even the late Elliot Smith, had been holding on lock-down in their own record collections for __ long. Check out the equally bold video for “Billy In The Lowground” below as well. 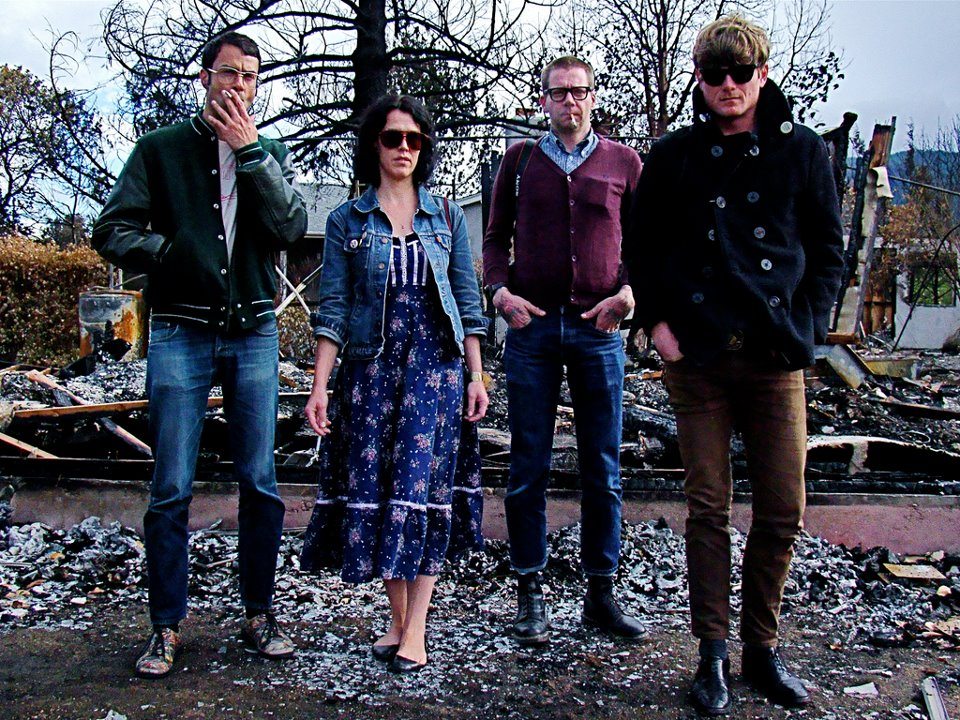 Thee Oh Sees haven’t wasted any creative time with a quick return for their latest Floating Coffin album. “Toe Cutter-Thumb Buster” works as a fuzzy mid-tempo tune with melodic hooks all over, including the bass line and guitar work. Over sixteen years, this is the twelfth full-length for the various incarnations of this band (not including various EPs). Thee Of Sees retain a youthful vibe that is obviously serving them well. By Bruce Rave 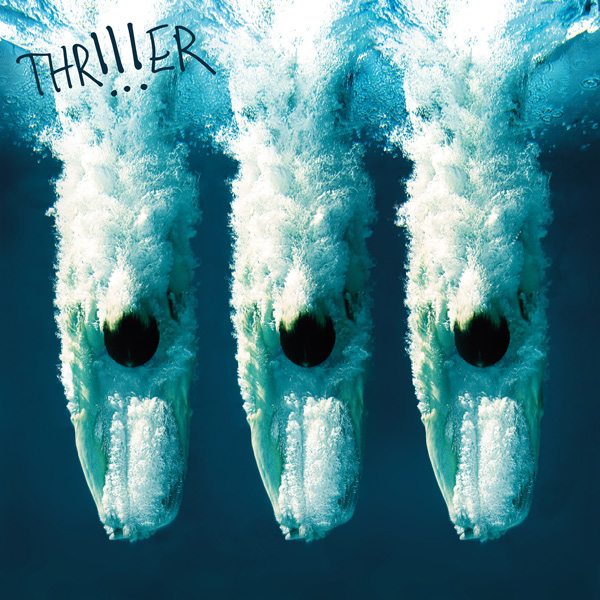 Their Thr!!!er album dropped on Tuesday of this week, and this track shows a new side of the !!! guys. It’s got another fine !!! groove but is less-funky and more melodic than most of their work. See Chk Chik Chick live if you can this year. Their shows definitely bring the goods. By Bruce Rave 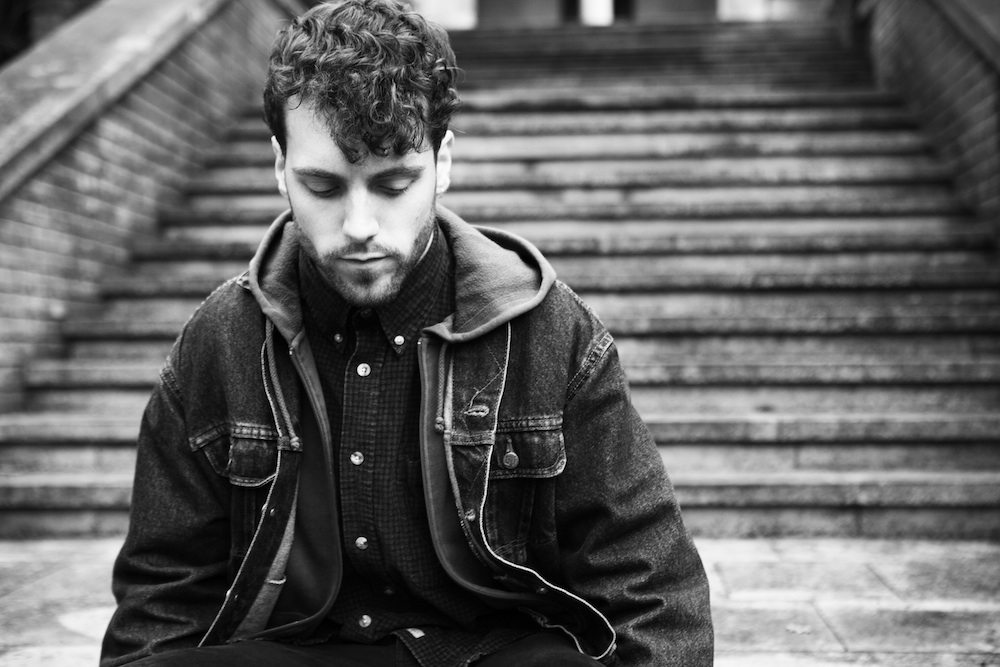 William Arcane recently debuted “Want Somebody” from his forthcoming Permanence EP release on Pictures Music. The scenic lead track paints a picture with it’s spacious textures, carefully set vocal and EDM inspired climax. Preview the track below and pick up your copy of the Permanence EP on June 10th. 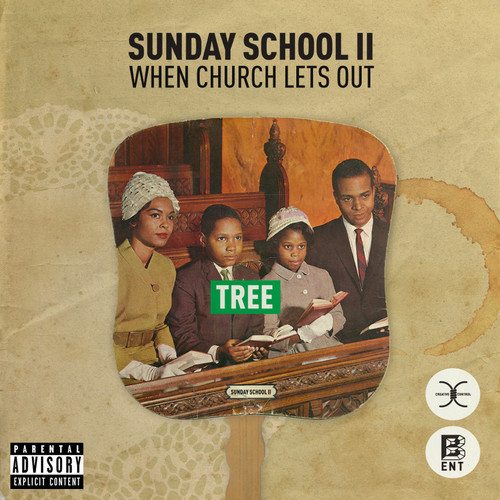 B3SCI and Tree get reacquainted for the occasion of the soul vocal-sampling crusher “Devotion”, excerpted here from the Chicago MC’s Sunday School II project. 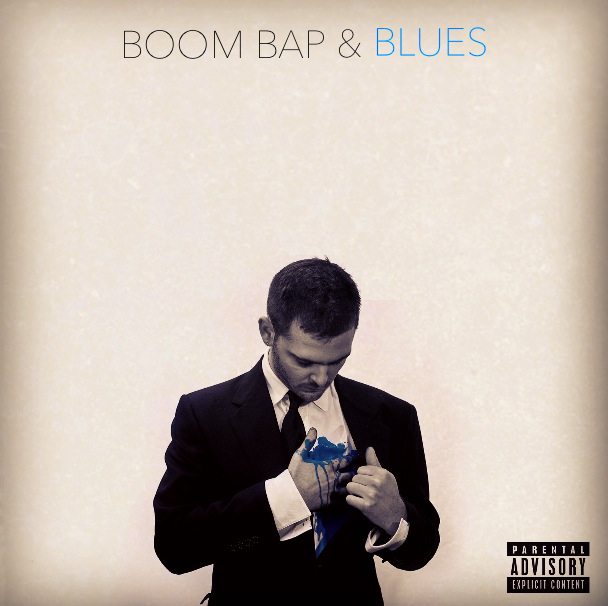 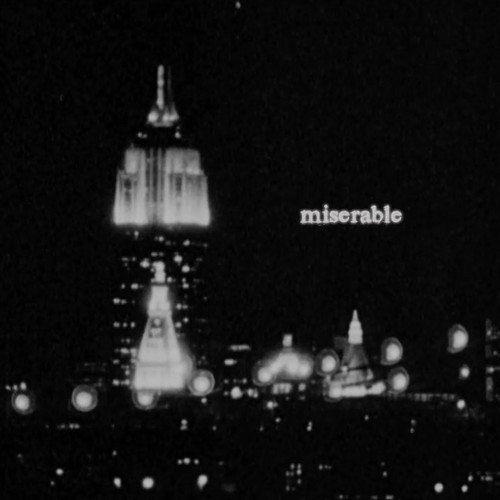 Tanya Morgan man (& one of the most underrated MCs out) Donwill does the James Blake sample thing on top a dope as f beat from seventyMHz, it’s “Miserable”.