RockVideo Box
reviewed by b3 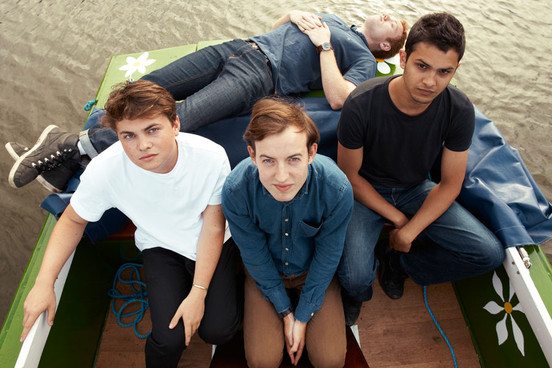 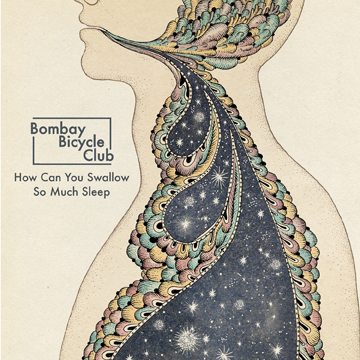 One of our favorite artists in any genre Hotflush producer Scuba goes mental over BBC’s latest single “How Can You Swallow So Much Sleep”. Re-fashioning as a sprawling nearly 8-minute subterranean dub techno monster, the BBC sound is transformed here in a way it hasn’t quite been before. We LOVE this sound, we love every hand in this mix and would definitely be up for hearing more BBC tracks mixed in this style. Listen.

The mighty BBC rolled into the BBC today for this sharp cover of “Video Games”, with their friend and b3sci fav Lucy Rose joining on the vocal. (DoML) 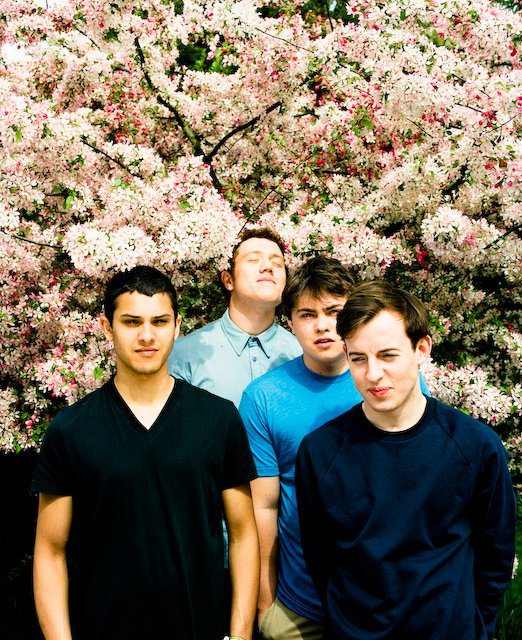 Givers offer up a free remix of their single “Meantime” done by none other than b3sci favs Bombay Bicycle Club. The BBC contribute a feel good dance flavor into the mix that’ll have your Labor Day toes tapping in no time. Lets see the track!

Bombay Bicycle Club – How Can You Swallow So Much Sleep

“How Can You Swallow So Much Sleep” is the lead track off Bombay Bicycle Club’s anticipated A Different Kind of Fix LP. As with “Shuffle”, there seems a progression in sound not only for the band but one that’s bridging popular music. The song’s early soundtrack visibility can serve as an indication that this song has some light to shine, as we can only hope for the rest of A Different Kind of Fix.

Bombay Bicycle Club – How Can You Swallow So Much Sleep 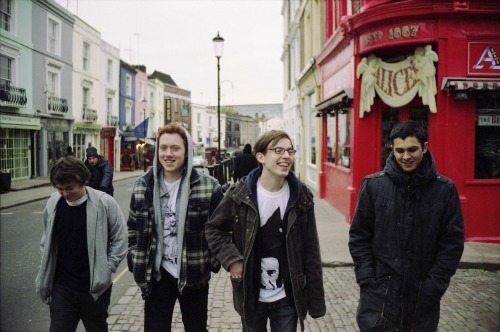 Our buddies from Bombay Bicycle Club will be the featured artist on our Virgin Mobile Live radio show today (3 PM Eastern/12 PM Pacific). We’ve got a great interview we did with them at SXSW and we’ll be spinning a few of our favorites from their catalogue include new single “Shuffle”. (Sounds great, right?) But to keep you sated for the next couple hours we’re dropping this cool new remix for “Shuffle” done by a fav of the blog, Bibio (courtesy of PMA). Check that shit below. 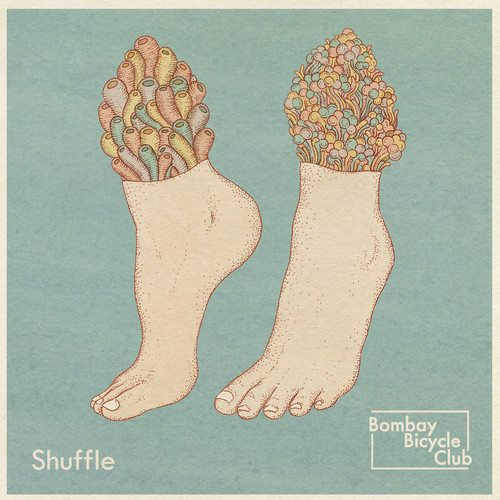 Annie Mac debuted it on her Friday night BBC program and now b3sci bring you the North American premiere of Leo Zero’s new remix for Bombay Bicycle Club. Mr. Zero levels up the kick, adds a cool new kinetic bassline, and tops it off with some sweet synth and dub guitar flourishes. The resulting mix is fine complement to the original track and amounts to the most delicious of Brit rock electro sundaes for your Monday. (we got rhymes!) 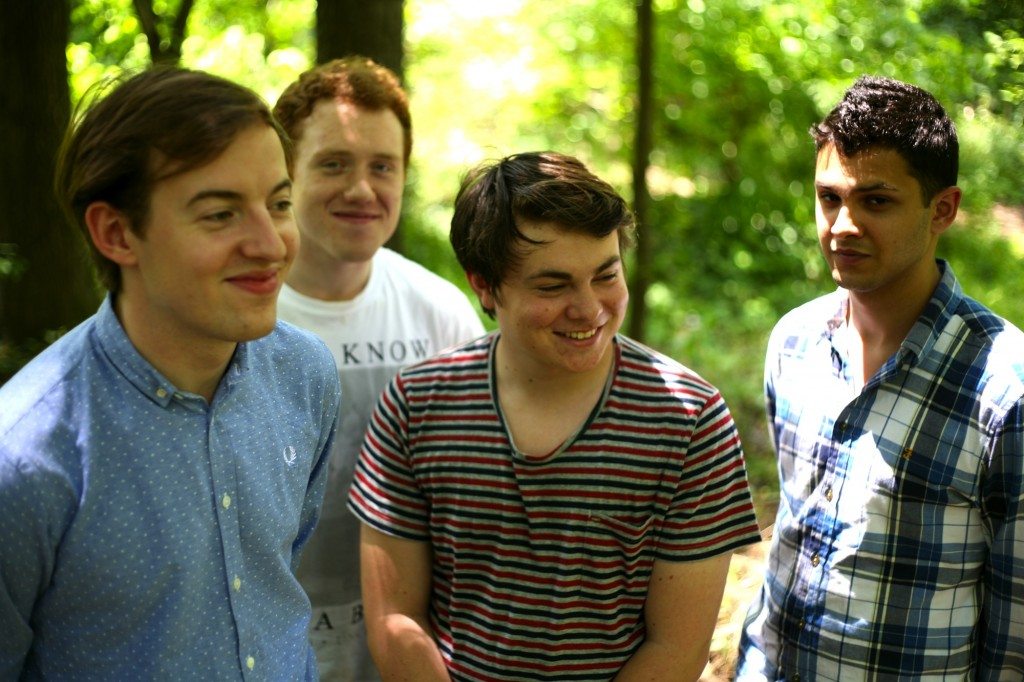 “Shuffle” is the lead single from the band’s upcoming third LP A Different Kind of Fix. It’s definitely a different sound for the band, a progression of sorts. But the pop sensibilities of BBC are undeniable and this new record is phenomenal. “Shuffle” is totally a major hit in the UK. Mark it down. 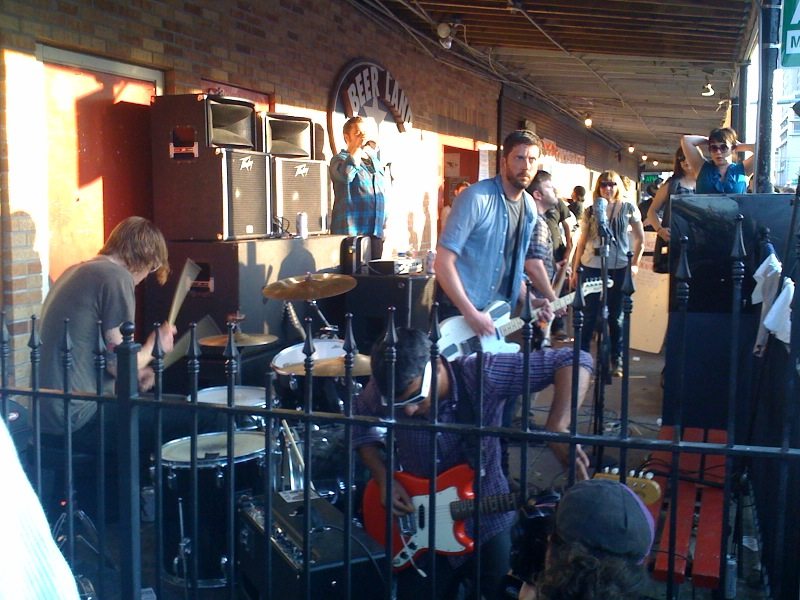 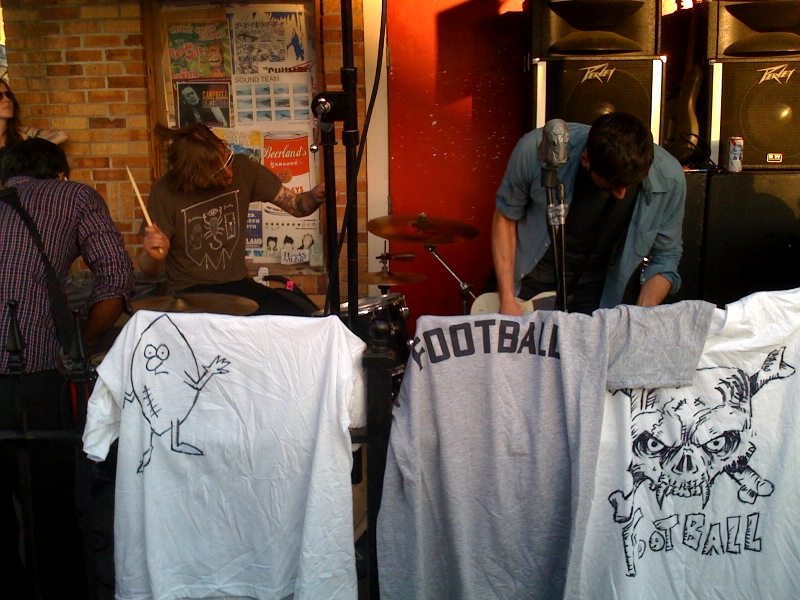 Football are officially our favorite suprise of SXSW 2011. On our way to the Virgin Mobile Live House we saw some dude that resembled a short haired Dave Grohl rocking the fuck out on the roof of Beerland. The band played below, and their sound was as raw as anything we saw at SXSW. But the sound seemed strangely familiar…. Tons of people started to gather from the streets. We got close as well. One blood stained white telecaster, Two hand drawn white t-shirts with a sharpie…Could it be? Is it? YES! Holy shit this was our dude from AV/Murder! These guys are perhaps responsible for one of the sickest sets I have ever seen. I knew I should have bought one of those damn shirts! Dudes if you’re reading this, hook us up with some custom b3sci threads! Football are fucking sick, if you like music that makes your head want to explode from just sheer brutal awesomeness, then take notice.

Trouble Andrew at moments seems like a sound that would have emerged from LA’s Sunset Strip if it were still relevant to music nowadays. Jeez. How many bands have we heard in LA trying do what these guys do so well? Trevor Andrew’s unique blend of raw alternative underground rock is fucking awesome. It has a hip hop sensibility, it has punk sensibility, it has commercial radio sensibility. Songs pending, these Brooklyn natives could end up everywhere. There live show is definitely an experience worth having, and after opening for the likes of Fishbone, Yelawolf, Wu Tang, and Erykah Badu during SXSW this year, they are definitely off to a right start. 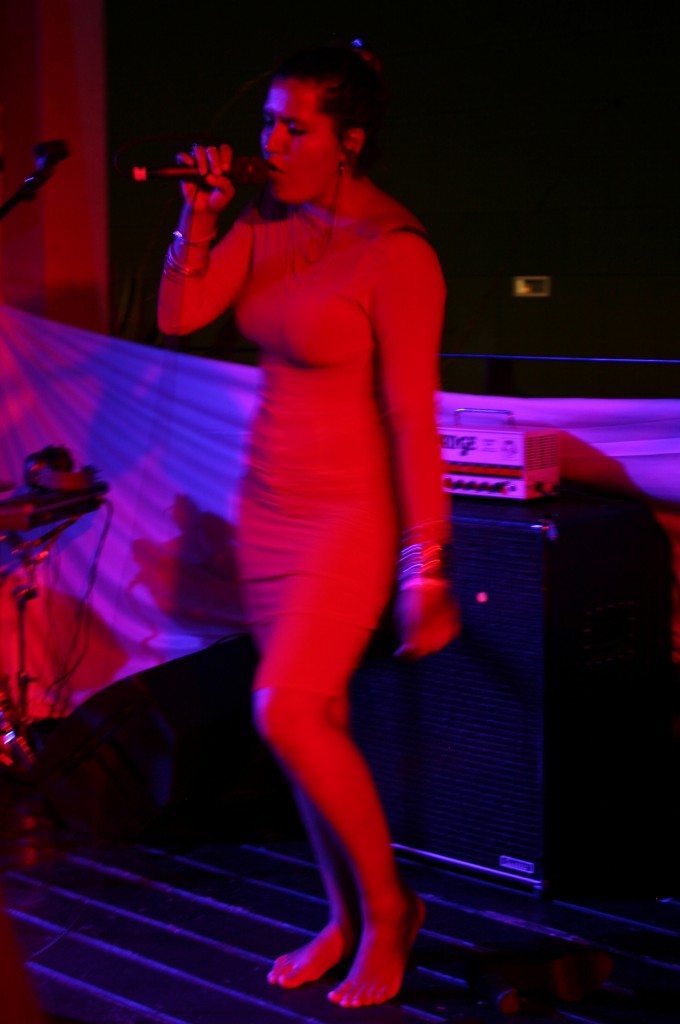 Everybody’s fav Danish soul duo, Quadron, played a breezy enjoyable set to Malverde’s 4th floor open-air stage. This was our first catching the duo live and suffice to say our girl Coco and our man Robin did not disappoint. Coco’s sweet sultry tones, Robin’s smooth instrumentals, Quadron’s super cool R&B-influenced pop. The prime factors were all on point during the performance. We loved Coco’s engaging yet semi-shy interactions with the crowd. “I love Texas.” “We’ve got some CDs for sale after the show. I’d love for you to buy one. Maybe I can give you a hug. I love selling.” Too cute. The set primarily consisted of songs from the band’s debut, “Buster Keaton”, “Average Fruit”, and set closer “Slippin'” were among the highlights. Malverde’s open-air 4th floor stage seemed to fit the band. It was that sort of deepest twilight, fading to night time in the day. The city glowed, buzzed behind them. The setting framed Quadron’s music perfectly. We hurriedly left Malverde in dead sprint cross town for TOKiMONSTA @ Mohawk. But we left totally pleased but what we had heard. We love Quadron! 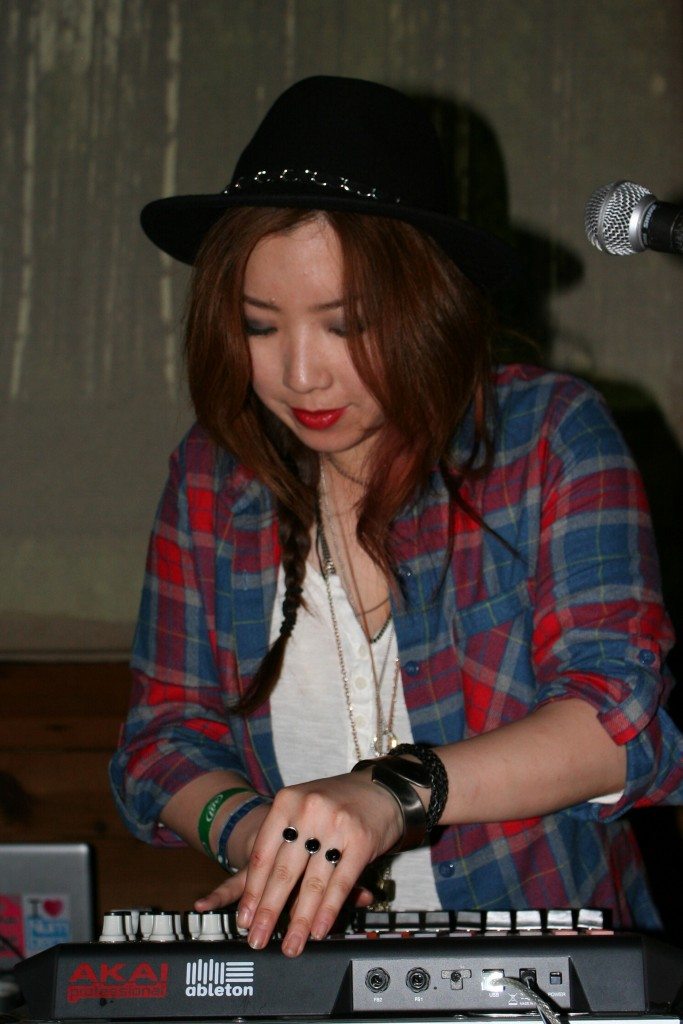 Post-crosstown hustle we slipped into the door at Mohawk just in time to catch most of TOKiMONSTA’s set. We heard hip hop classics laced up with varying heavinesses of electrobeats. Method Man’s “How High” over a pulsing synth driven rhythm. “Forgot About Dre” blended with multi-tracked hi-hats. TOKi was flawless. She seemed to be having a great time. With every sort of sound manipulation, she would smile. Kind of like, “Yeah, This Rules!” It was great. We got down. Everyone else in the place got down. It was sick. And………..Silence. One of TOKi’s sound inputs fried and the set was finished. Bogus. Still, what we saw ruled. And we’ll take what we did see as a sick preview of what a full TOKi show might be like. 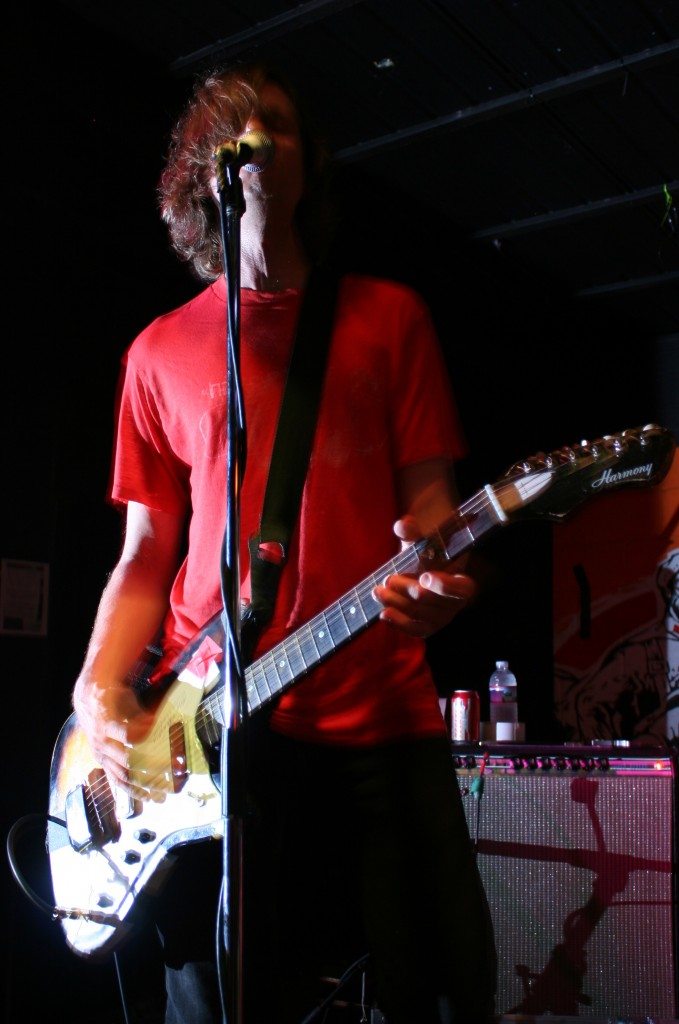 Obits are pioneering veterans. They blow many of today’s kids clear out of the water. Playing some of the best vintage gear we’ve seen, the band ripped through some serious time rock portal straight from Red 7 to CBGB’S (see this: http://www.youtube.com/watch?v=BnYy2x00zHU). Get Obits a time machine and put them on a bill opening for Television. What happens? 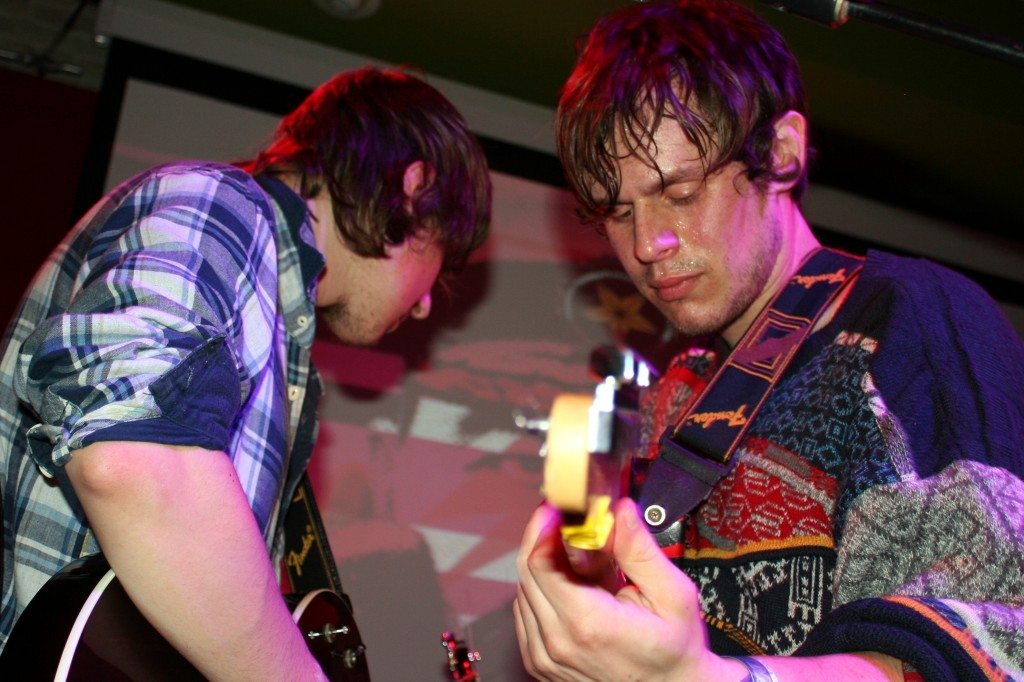 Little Comets are a new talented group emerging from the UK. They fall into a space that seems to bridge today’s indie and brit-pop pockets. Sure, it seems like a likely space but who else has made a real significant impact there? Other than the “labeling” obstacle these kids have, there is some song craftsmanship in their favor. Unlike some young bands, their abundance of intricate arrangements and melodies work and contribute to an overall sound that’s definitely got us hooked and psyched to hear what’s more. 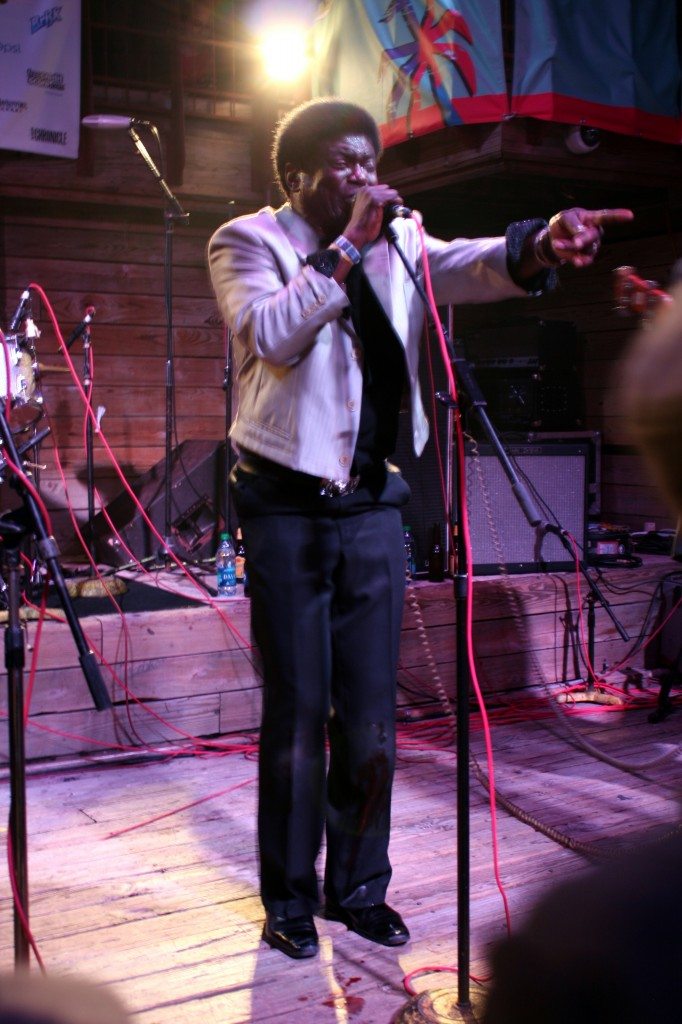 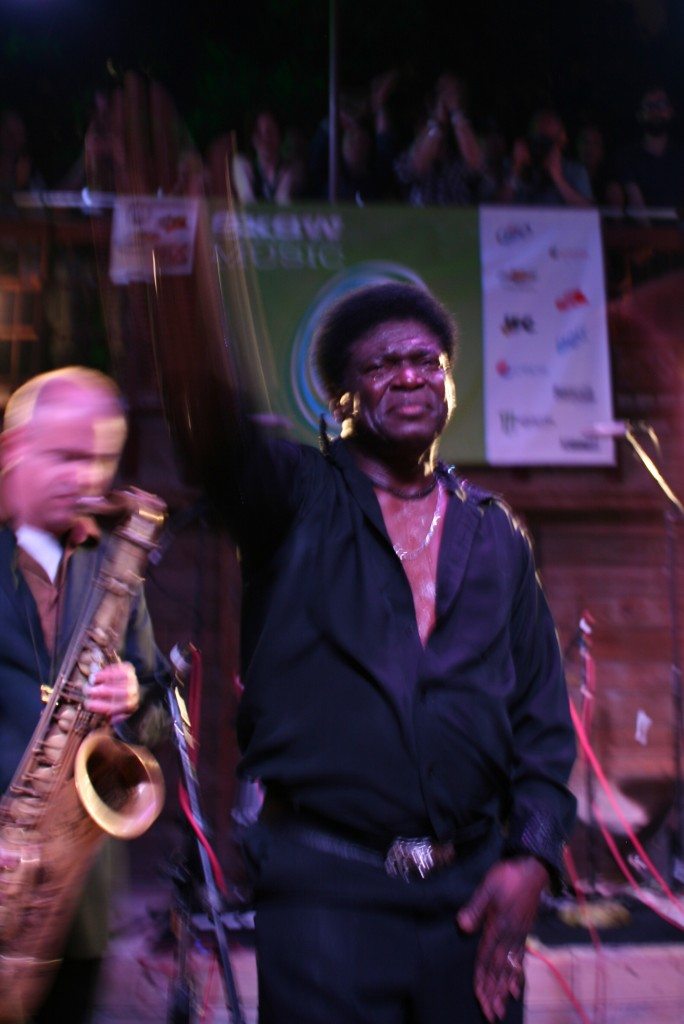 “Heartaches and Pain”, not just Charles Bradley’s opening song but really his life. A man of obviously tremendous talent, the sexagenerian never got the breaks or the right situation to fully realize his potential as a musician. Backed by the great Menahan Street Band, Charles Bradley entered the stage at Cedar Street Courtyard to sing out the first few notes of that song. And WOW! Unbelievable! His voice! It’s really really something! We knew we were to be witness to something really special. And it seemed Charles felt the same way, this was a great moment in his life. A true realization of a lifelong dream (as cliche’ as it sounds, in his case it’s absolutely true). Mr. Bradley had tears in his eyes during that first song and well into the set. It was just an extraordinary moment. One of the coolest concert moments, I’ve certainly ever witnessed. Anyway, back to his voice. Holy shit! Bradley’s vocal ability is off the meter. Like his records are great and he sounds terrific on them. But to hear him live, like that, it’s truly something; akin to hearing the performance of one of the great soul legends. Really. He’s that good. To hear/see him emote on tracks like “Lovin’ You, Baby” and “Why Is It So Hard”, it really gives you goosebumps. It’s the expression of profound emotional pain and depth at its most visceral and immediate level, it doesn’t get much more real than that. “The World Is Going Up In Flames”, when you hear it you believe him, like you wanna grab a bucket or a firehose or something to help put it out. You’re that moved. Charles Bradley’s set at Cedar Street was no doubt one of our favs at SXSW, if not our absolute favorite. At one point during the set, Bradley looked down at his leg to see that he had been pretty severely bleeding from his knee; the blood collected in a not so small pool of blood at his feet. “Are you alright?”, you could hear his sax player motion over to him. “Oh shit.”, said Bradley. And with that he continued.

Charles Bradley – The World Is Going Up in Flames 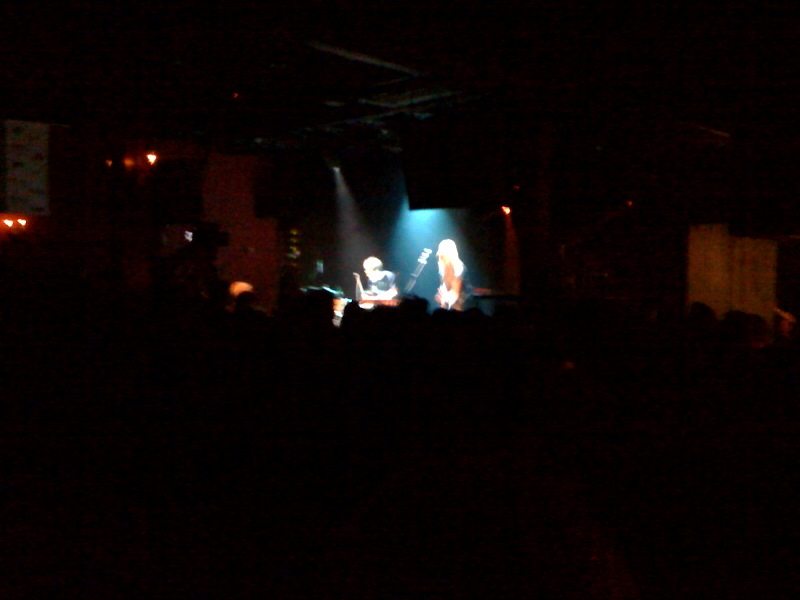 In our opinion Wye Oak are one of the best bands going. If you like dynamic music and beautiful melodies how can you not love this Baltimore duo? Well their label, Merge Records, certainly loves them. Catching the later half of their official Merge showcase at the Parish, Wye Oak returned some serious love to their friends at the label. It was a lovefest. Wye Oak loves their label. No shit. Debuting material from the forthcoming release Civilian, the duo seemed reallllllly into it; positively beaming, energetic; suggesting, not only that they couldn’t wait to perform the material, that they couldn’t wait to just hear it! That’s when you know a band is proud of their music!

Wye Oak – Take It In 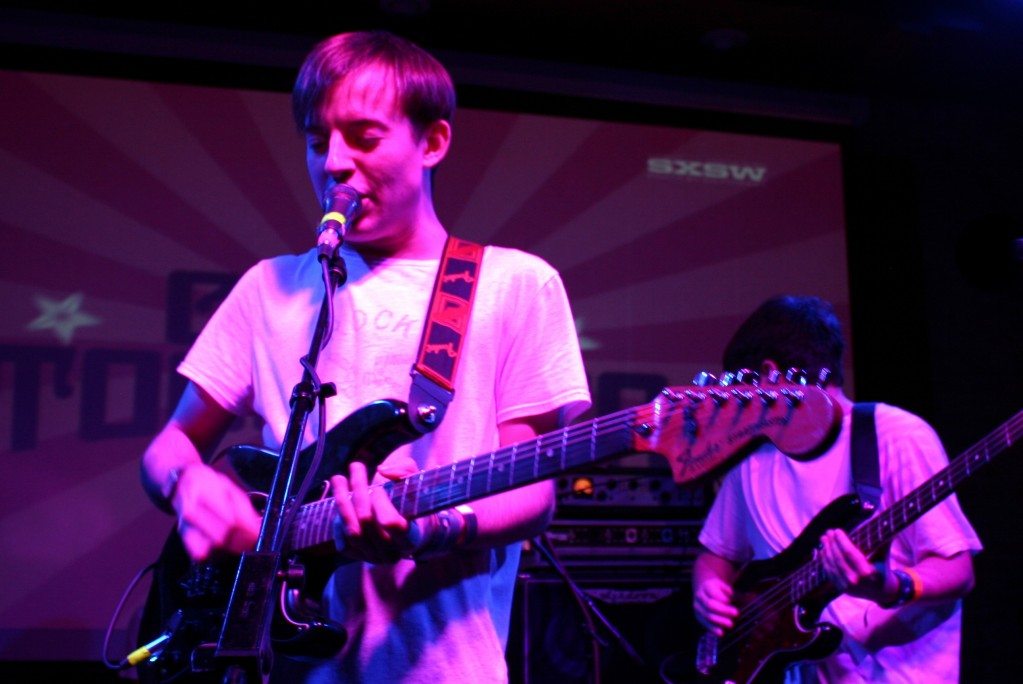 We could tell from our Q&A with them before their set, that BBC are introverted artistic types. We, of course, mean that in the greatest way possible. These kids were able to evolve from local band to music career in their adolescence. They are supremely talented, music is their life and that shines through. We expect many great records to come from these guys. The band Followed up their early electric guitar heavy material with a largely acoustic record, last year’s Flaws. We were intrigued at what some of their new, post-Flaws, material might sound like. The answer we got was material that was somewhere in between, definitely a sound less raw than Flaws but a bit more produced and refined, like their debut. A few gems, which we’ll certainly now be anticipating on the band’s forthcoming third album, definitely stood out. Guitar and synth-layers flowed through the impressive set of about a dozen songs, and as always the bass tone was hot, especially unique and great. BBC are completely independent and seemingly less concerned with what’s happening with their peers. The band have set course to a sound that is developing more and more into something that’s wholly their own. 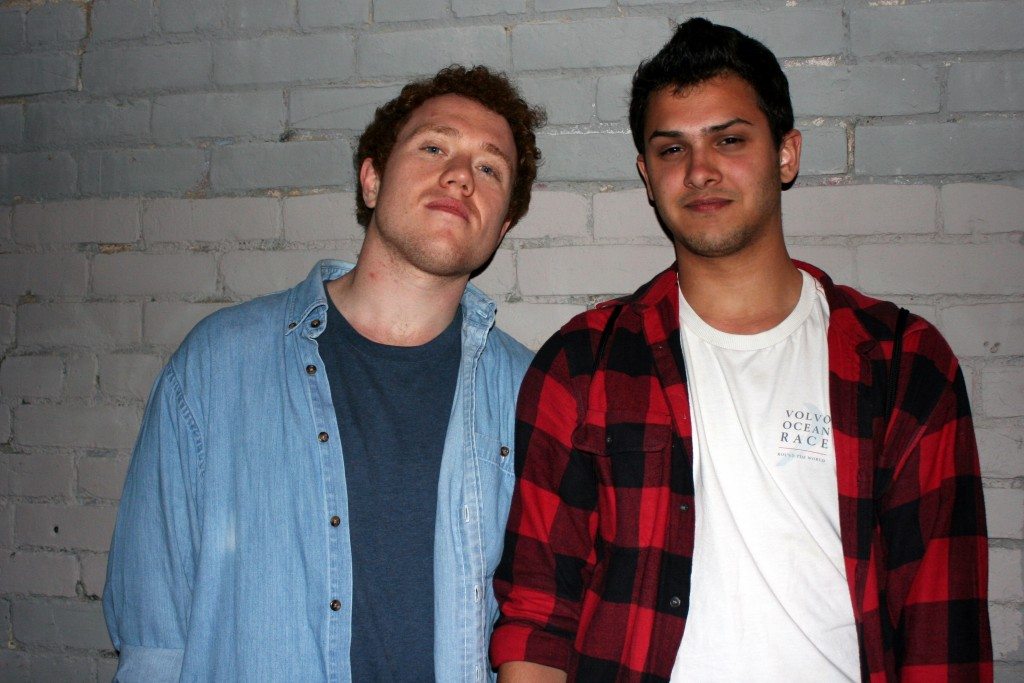