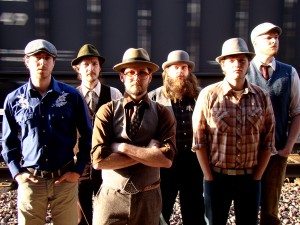 The Giving Tree Band are a Chicago based bluegrass group well deserving of their growing attention amongst bluegrass and indie folk enthusiasts. Not only do they write great songs, they have a particular eco-friendly dedication. For example, The Giving Tree Band recorded their new album Great Possessions in a solar powered studio, using recycled instruments, wearing clothing made out of recycled materials, with only bikes for transportation, and are releasing the album on CD’s made out of recycled materials… Blahblahblahscience got the chance to catch up with Giving Tree’ banjo player Todd Fink to chat music, lifestyle and of course science fiction:

b3sci: Todd – what’s your favorite sci-fi flick?
Todd: The original Star Wars Trilogy. I love the Force, Light Sabers and lifestyle of the Jedi. In fact I seek to become one after my time in the band… you know, bands are basically the closest thing we have to the Jedi nowadays..

b3sci: If the way of the Jedi is the ideal lifestyle, then how would you describe the way of The Giving Tree Band?
Todd: Our band offers people a way to live. All the greats… The Dead, Sex Pistols, Ramones… the genre of music doesn’t matter, they all offered a lifestyle. The Giving Tree Band seeks to inspire and educate the public and artists about a healthy lifestyle, but with a business sensibility. Every single person is unique and has their own unique qualities… which can be connected on a variety of different levels.

b3sci: epic!
Todd: Really, we just seek to remind people what they know about themselves and what they aspire to be.

b3sci: so why then is music your inspiration?
Todd: I feel like playing music was inherited. My father played the piano and my mother is a HUGE concert fan. In fact I was named after Todd Rundgren, it seemed to just become natural that I play.

b3sci: So who musically inspires you?
Todd: I have been inspired by British jazz guitarist John McLaughlin, in particularly by his attitude and lifestyle. He stood up and said no to alcohol and drugs and is the only one from that Miles Davis Bitches Brew era still performing. Music was his drug. I am also inspired by Stravinsky, especially the way he was able to break his day up into specific times and dedicate them to music. Inspiration today? Artists like Fleet Foxes come to mind, with less of an influence but more of an appreciation for what they do musically… the rock and roll with folk elements. 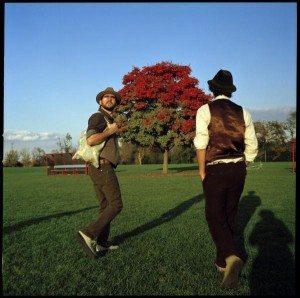