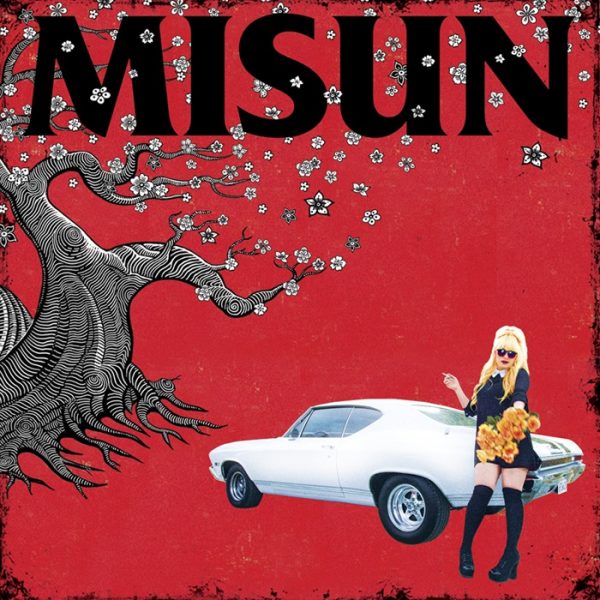 All releases from Misun

Misun (pronounced ‘me•sun’) is undeniably energetic and catchy. The band transcends traditional Pop as they effortlessly blend 60’s Rock and Roll nostalgia with Electronic Dance, Hip-Hop, World music and Spaghetti Western. Misun have self-proclaimed their sound as Aquawave. However Misun’s sound is defined, their deft exploration of sonics and style makes their catalog multidimensional (and at times unpredictable) while their music always remains cohesive and timeless.

By way of Washington DC, the Los Angeles based four-piece is comprised of vocalist and namesake Misun Wojcik, bassist William Devon, guitarist and producer Nacey and drummer Jon Jester. The group initially met working at a restaurant, and it wasn’t long before they began exploring their musical vices. Their debut EP “The Sea” was released in the summer of 2012 on T&A Records. Misun have since cultivated their fan base organically — through a series of self-released digital singles in 2013.

In 2014 Misun released a new limited edition 7″ single via B3SCI Records. This AA-side single is not only the bands first release on vinyl, but it serves as a next frontier for the grand landscape of their ideas and sound, revealing an edgier, ambitious vision of the future. The songs on the release were recorded in Silverlake, Los Angeles with the help the co-production and engineering prowess of Mad Decent hitmaker Derek Allen.

On Side A is “Travel With Me”, a forward thinking pop-fashioned song of elusive international origin. Its catchy sing-along lyrics venture the ironic tribulations of love and friendship. The band describes it as a song about being close with someone, and as time passes, the pain that comes growing apart from them, along with the joy of keeping their memories. On the flip side of the 7″, “Sleep” is explained by singer Misun Wojcik as, “about waking up in the middle of the night after a really good dream and realizing it’s not your reality. And being unable to fall back asleep because you’re afraid you’re wasting your time dreaming instead of creating the reality that you desire. More or less, it’s a song about telling yourself to wake up and take a look at your life and to do the things that you want with it. It’s also about love and needing someone to share and understand this realization with.”

Misun sustain a chord of excitement throughout the tastemaker blogosphere and radio, with early champions including Pitchfork, KCRW, NPR, Fader, Stereogum and numerous #1 hits on the influential Hype Machine. The new AA-side single from Misun finds a creative cohesion as it expands what the group has previously accomplished, taking a meaningful first step in 2014 towards a most defining year.