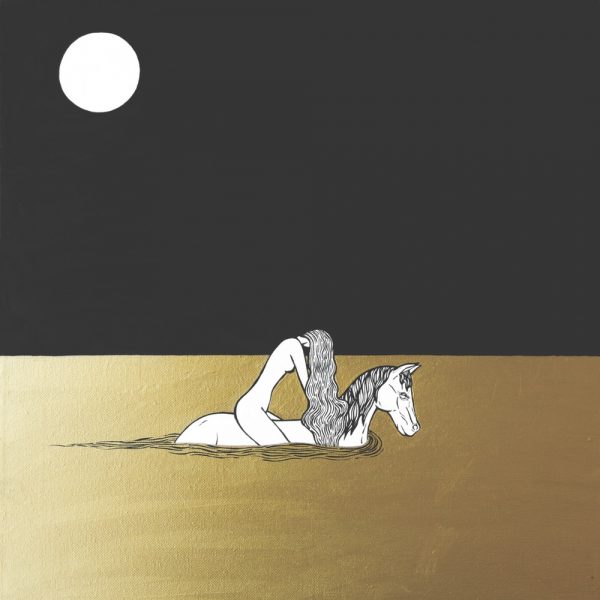 Moses Sumney is a critically acclaimed independent artist living and working in Los Angeles. He was named one of LA Weekly’s “top ten artists about to blow up” and has been supported with early airplay from KCRW.

On April 19, 2014 Moses Sumney released his debut physical, and special release with B3SCI Records for Record Store Day. The pressing is limited to only 500 copies of the 33 1/3 RPM, black vinyl and features artwork titled ‘Moonlight Wanderer’ by Michelle Robinson on the cover. Each side features a Moses Sumney original. Side A- titled “Scratch The Surface,” a stunning collaboration with (and) production from Mocky (Feist, Jamie Lidell) and Side B- titled “Forlorn Fantasy.” The 7″ was available at over 200 independent record stores throughout the US, as well as limited quantity on tour with Moses Sumney and at B3SCI Records’ online store.

Scratch the Surface: Written by Moses Sumney & Mocky. Produced by Mocky with additional production by Casual Psychotic. Guitar and vocals by Moses Sumney. Piano by Joey Dosik. Strings by Molly Rogers. Mixed by Renaud Letang and mastered by Mandy Parnell.