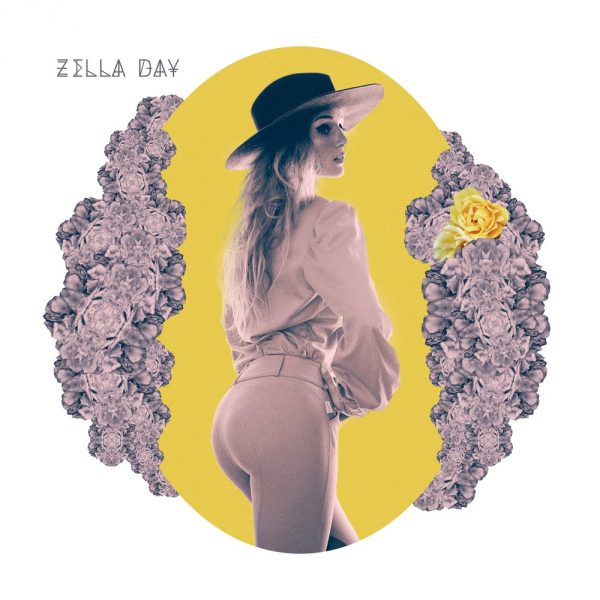 The sound of strumming guitars; the feel of soft, wet clay; the scent of fresh brewed coffee: this was Zella Day’s childhood. Secluded in the quaint mountain town of Pinetop, Arizona, Zella’s creativity flourished with the forest at her doorstep. High above Phoenix Valley, Pinetop holds a population of 7,000, and Zella’s family-owned Mor Mor Coffee House was an only sanctuary for artists. Surrounding herself with local musicians, Zella was inspired to pick up the guitar at the young age of nine. Before long, the blossoming chanteuse started performing sets including Bob Dylan and Elvis songs – selections inspired by her coffee house family.

The native Arizonan found a calling in music and used it as a form of self-realization penning her experiences and discovering herself through the intricacies of song. She drew inspiration from the serene Arizona mountains and turned to Clint Eastwood, old Western films, and cowboy rebel culture to help shape the attitude behind her music. The result is a raw, organic sound unconfined by the boundaries of genre. It effortlessly floats between the tonalities of female frontier-maker Stevie Nicks and art pop songbird Lana Del Rey while invoking imagery painted by Old Arizona and a free-spirited perspective.

Her self-titled EP is the ideal introduction to Zella, both as an artist and as a woman. The four-track collection showcases her Western Bohemian persona, juxtaposing the crunching drum machines and menacing electronics of its single, “Sweet Ophelia,” with chiming keys and soaring melodies in its lead-off track, “East Of Eden.” Though sonically diverse, this debut is an eye into the future of a prospering young talent. Each song comes straight from the heart as she sings about her love of Arizona (“Compass”), the strength of women (“Hypnotic”), and what it’s like to grow up with a rebellious soul.

Consequently, it’s not surprising the cover artwork features Zella standing in front of a vibrant yellow backdrop. Like the songs themselves, the pop art-influenced cover illustrates the songstress’ perception of the world and femininity with what she calls “fully clothed sexuality.” Drawing from the examples of beauty in Zella’s life, the imagery is both sensual and proper (the only skin revealed is her face) and yet another testament to the importance of girl power that engulfs this album.

The debut EP on B3SCI Records follows up the April release of a limited edition 7-inch vinyl of “Sweet Ophelia”/“1965.” The tracks were brought to life at Los Angeles’s WAX LTD. Studios with the production and mixing prowess of Xandy Barry and Wally Gagel. This debut EP showcases a young singer-songwriter’s visceral visions and liberated mentality, while foreshadowing the depth of a long career that’s yet to come.