[B3SR 019] HIDDEN CHARMS – DREAMING OF ANOTHER GIRL / LONG WAY DOWN 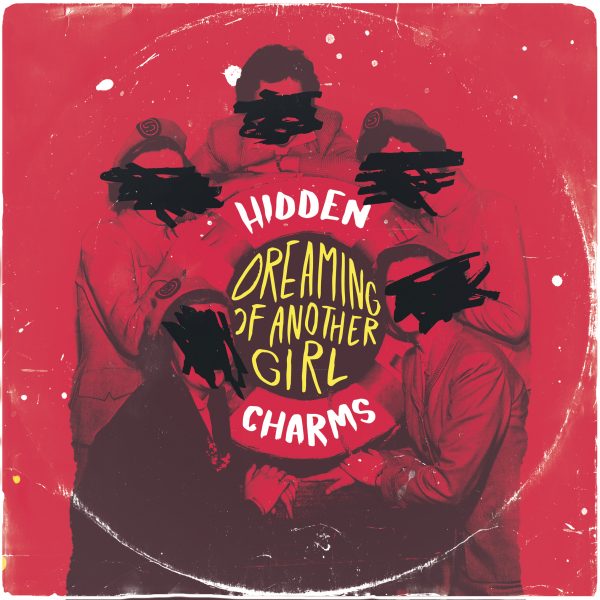 All releases from Hidden Charms

There can be few modern bands that could tempt a legendary producer like Shel Talmy, (the man who produced some of the greatest hits of the 1960s and 70s, among them The Who’s “My Generation” and The Kinks’ “You Really Got Me”) out of semi-retirement to work with them, just as there can be few modern bands who would manage to prompt no less than The Kinks’ Dave Davies onto Twitter in vocal admiration of them quite so early in their career.

They sound both thrillingly new and yet drenched in musical history, a serendipitously assembled garage rock outfit chock full of swampy rhythm and blues, and a singer – two, actually – both reminiscent of Van Morrison at the age of 19, all vim and sticky vigour.

That’s a lot of guitars for just four people, but a sound like theirs isn’t going to happen without them. They combine the ramshackle hedonism of, say, The 13th Floor Elevators with the swagger of the White Stripes, and if Vincent has the vocal inflections of a young Steve Winwood circa the Spencer Davis Group, then Ranald boasts the full throttled fervour of early Van Morrison. It all adds up to quite a brew.

At first, the four of them were in two separate acts that gravitated toward one another under the conviction they had something together that, separately, they did not. They played their first ever gig in April 2014; now, a year on, they have written an album’s worth of songs, recorded with their hero, had airplay by Huw Stephens (Radio 1), Jason Bentley (KCRW), Jo Good (XFM) and played 60 live shows up and down the UK supporting acts such as Benjamin Booker, Hanni El Khatib.

Early live shows were thrilling and chaotic, and they began to attract a crowd. A video clip of the bands 2nd ever show passed through many hands, and resulted in one of the tracks getting radio play in the U.S on the Sirius-XM satellite network.

Amongst those who heard it was Shel Talmy. He was put in touch with the band’s management to talk about producing their music. They did not have to be asked twice, and jumped on the next plane west.

“That was fate”, says Vincent, laughing, before adding, “but I think the rest of the band may tell you otherwise – mere luck, perhaps. Thing is, we were listening to a lot of records at the time, and all our favourites seemed to be produced by Shel. So to then have him contact us was just amazing, unreal”.

They spent 10 days in Los Angeles in the company of a legendary producer, watching, listening, learning. Together, they recorded a handful of songs, amongst them the band’s first single, “Dreaming of Another Girl”, its fantastic spidery guitar line and Ranald’s throbbing vocal ache the perfect introduction to a band with so many abundant sonic thrills.

The single is released by B3SCI on Ltd Edition black 7” vinyl and digitally.

1. Dreaming of Another Girl
2. Long Way Down

1. Dreaming of Another Girl
2. Long Way Down