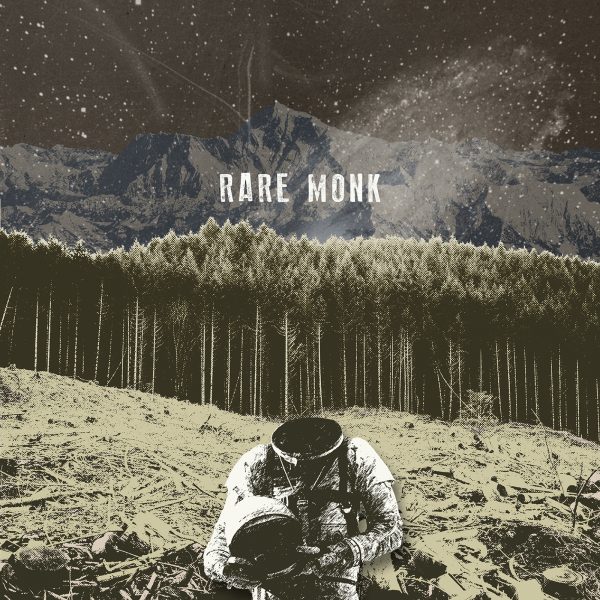 All releases from Rare Monk

Rare Monk is born from the grit of jam sessions, proof that the modern day rock band who creates together, stays together. In 2015, the Portland-based Rare Monk released their apocalyptic-tinged self-titled EP, produced by Tom McFall (Weezer, Bloc Party, Snow Patrol, R.E.M.) on B3SCI Records.

The follow-up to 2014’s widely lauded 7-inch “Splice/Sleep Attack,” the Rare Monk EP is the next progression in the Northwest quintet’s unique sound. Pairing forward-thinking arrangements and visceral, soulful instrumentation with a strong sense of effective pop songwriting (the band counts acts as diverse as Phoenix and Sonic Youth as key influences), the four tracks are a powerful statement of intent.

Rare Monk traces its origins to the act’s college years, where they where the go-to band for impromptu drunkin’ dorm gigs and psychedelic jam-outs. In 2012, the band teamed up with producer Skyler Norwood (Horse Feathers, Blind Pilot) for their self-released “Death By Proxy” EP, and between then and now have been regular touring fixtures in the UK and on America’s West Coast as they honed their thunderous and affecting live show, having played shows with the likes of Aquilo, Beach Baby, HUNNY, Leisure, Oscar, and more.

Produced and Mixed by Tom McFall
Mastered by Pete Lyman

1. California (Will Burn)
2. Warning Pulse
3. The Only Reason To Tour the Midwest
4. Light Tricks

Produced and Mixed by Tom McFall
Mastered by Pete Lyman

1. California (Will Burn)
2. Warning Pulse
3. The Only Reason To Tour the Midwest
4. Light Tricks