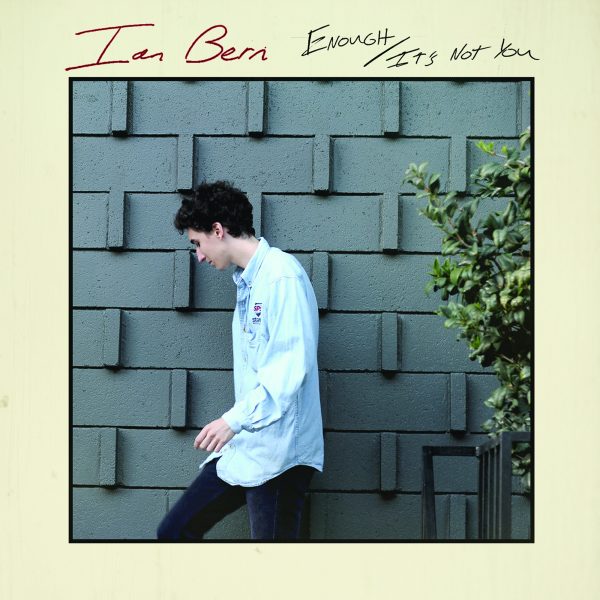 Ian Bern, the newest bard in the revered line of vagabond American songwriters, released via debut 7” via B3SCI Records, in a unique one-off collaboration with music licensing platform Killer Tracks.

“Enough” is a diverse-palette, rock stomper that showcases Ian’s near encyclopedic knowledge of his craft. On the bluesy, guitar-driven verses and infectious refrains, “Enough”s DNA is neatly sequenced to bands like The Black Keys and eras like 90’s Brit Pop and Classic Rock’s first generation. B-side, “It’s Not You” is a rock-and-roll anthem that puts on full display how special of a songwriter Ian is. The track’s rolicking riffs and barnstorming drums set the perfect soundscape for Ian’s timeless voice and infectious hooks.

The two tracks make up the Single as recorded under the production prowess of Xandy Berry and Wally Gagel at WAX LTD Studios (Best Coast, Family of the Year, Zella Day, Blondfire) in Hollywood, CA. and do well to pay homage to the studio’s rich music-making past. A past that has included sessions from the likes of Jimi Hendrix, The Doors and Velvet Underground and countless other legendary acts from the studio’s five decade history.

Ian Bern operates with a keen sense of rock-and-roll history resulting in a sound and approach to writing not instantly sortable into any particular subgenre or series of buzzwords. Bern masterfully operates within his command of the machinations of rock writing to create irreverent, lyrical songs that are as deep and potent as they are cool. Having grown up living city-to-city throughout the continental US, Bern embodies a distinctly Heartland-rooted sound that traverses the spirit of rock-and-roll’s roots.

Keep an eye out for Ian Bern as he may be in a city near you soon, or he may have just left. Either way don’t worry, you’ll be hearing from him soon.