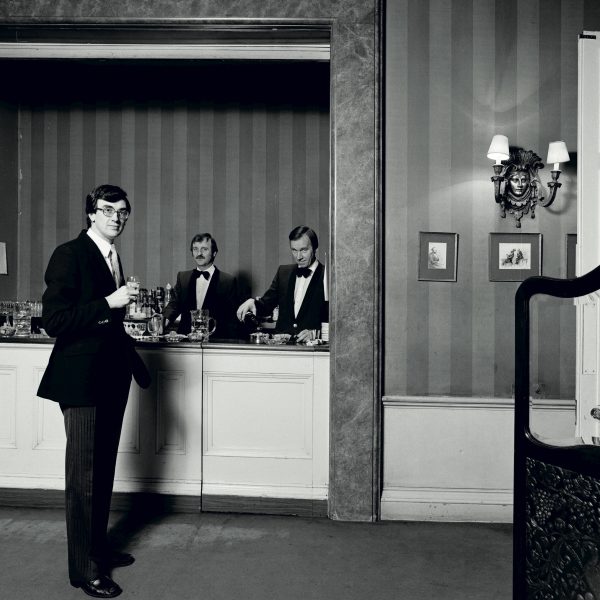 A driving whirlwind of intricate synth work and infectious dark pop, debut AA single “All Night Every Night” and “State of Your Soul,” together released on April 8, 2016 on B3SCI Records.

“All Night Every Night” is, “about being caught in a constant endless feedback loop. Continually making the same mistakes with no ending. Life as an infinite ant mill.”

Since it’s release, HOST has been A­-listed at Amazing Radio and has seen support from Triple J, BBC Introducing, and Radio X.

Produced by the band and mixed by Steve Dub (of The Chemical Brothers), both tracks feature vocals from both members of HOST, Ben Leverock and Tommy. The duo met in East London via a mutual friend who brought them together over their love of New Order, Talking Heads and house producers like Marshal Jefferson and Phuture. Ben has subsequently relocated to Berlin where the band now have a studio setup to write and record for both HOST and other projects taking further inspiration from the local electronic music scene.

Having first surfaced with a string of remixes for notable artists such as Fyfe, Aurora, and Solomon Grey, the band has defined a striking sound and unique aesthetic that is characterized by their signature car logo (seen in the artwork videos for both singles).

The debut single will be pressed on the classic format of 12″ vinyl (a nod to their 70s/80s influences) with cover art from Karen Knorr’s series Gentlemen (1981­83). Photographed in English gentlemen’s clubs across central London and discovered by the band at Karen’s recent Tate Modern exhibition, these provocative images echo the lyrical themes of both sides of the single.

1. All Night Every Night
2. State of Your Soul

1. All Night Every Night
2. State of Your Soul