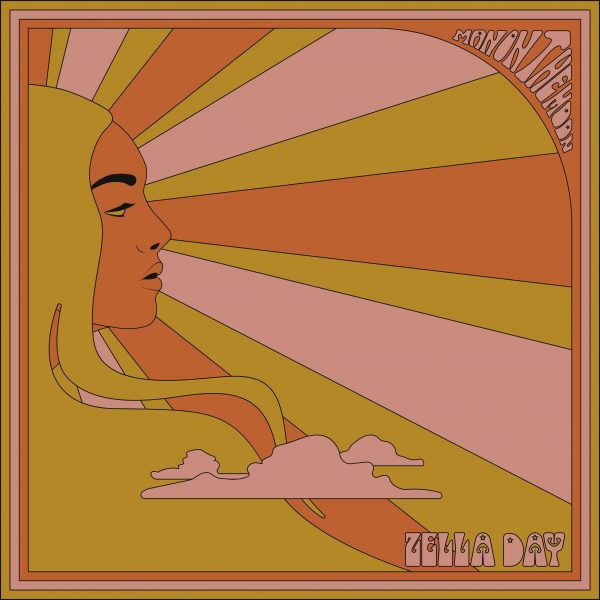 “Man On The Moon” is released alongside “Hunnie Pie” as a new AA-side 7″ single pressed on limited edition white sparkle vinyl via B3SCI Records, the indie label on which Zella debuted her very first 7″ single that launched knockout tracks “Sweet Ophelia” and “1965,” and her following debut self-titled EP, which featured other early standout singles “East of Eden,” “Compass,” and “Hypnotic.”

A dreamy slice of psychedelic pop, new single “Man On The Moon” is Zella at her songwriting best melding melodic vocals with textured instrumentals finding a chilled-out, folksy sweet spot undeniably reminiscent of her Arizona roots.

In support of debut album KICKER, Zella has taken her show on the road and performed in front of tens of thousands on nearly 150 dates (including 24 festivals). Over the course of the past year, Zella toured alongside indie phenoms Fitz and the Tantrums and Miike Snow, performed on Late Night with Seth Meyers and CONAN, and stunned audiences at Coachella, Lollapalooza, The Meadows Festival, Billboard Hot 100 Fest, and iHeartRadio Music Fest.

Of her live show, Los Angeles magazine described Zella’s 2016 Coachella performance as “hypnotic,” Idolator said she “mesmerized the crowd,” and Billboard hailed it as her “stellar Zella debut.” Consequence of Sound also exclaimed “it’s entirely possible that Zella Day looks back on Coachella 2016 as the moment that launched her career in earnest…Day is an undeniably powerful vocalist.”

With notable coverage from outlets such as The FADER, The New York Times, The Guardian, Vogue, InStyle, ELLE, Vanity Fair, W Magazine, FLAUNT, PAPER Mag, and V Magazine, Zella has forged partnerships with clothing brands Coach, Maje, and Free People, appeared at several NYFW 2016 shows, and built a diehard international following on the strength of a live show hailed by the Chicago Tribune for its “Hooks galore, and choruses that swing for the fences.”

Zella is currently in the studio working on a sophomore album, due out 2017. In the meantime, taste the sun-drenched psychedelia of “Man On The Moon,” which sees a November 18 release on 7″ vinyl.