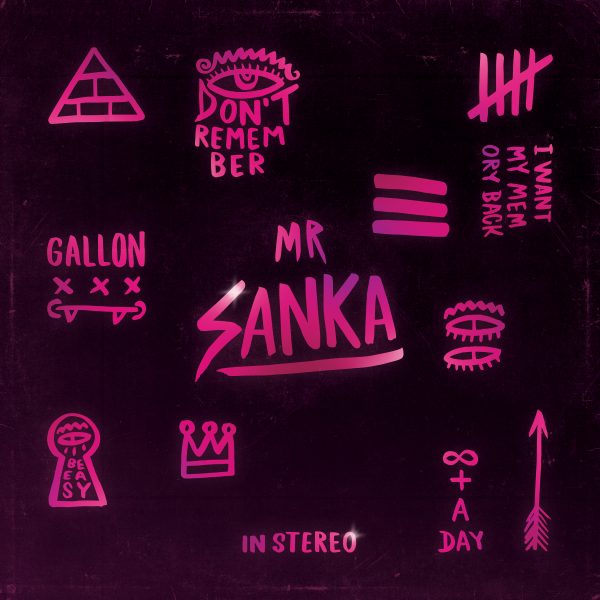 ‘Gallon’ is about, say the band, “how quickly life can seem to move at times. While we do our best to live in the moment, sometimes those moments seem to fly by. ‘Gallon’ is a wish to retain some of the memories, the simpler moments, which seem fleeting over time.” Twisting the three-piece’s live instrumentation around the kind of organic, textured electronica of Metronomy or Cashmere Cat, ‘Gallon’ confirms Mr Sanka’s arrival as one of the year’s most exciting and unlikely new bands.

Pulling from three diverse life journeys, Mr Sanka flourishes with a cosmopolitan diversity that belies nationality. Dutch singer and visual artist Nick – who also designs all the band’s artwork – met London-based producers Mus and Murray by chance when they were all visiting Los Angeles. They immediately hit it off, forming a friendship (and very quickly, Mr Sanka) alternately defined by working in extreme distance, and extreme proximity: the early results of Mr Sanka suggest a restless fusion of sounds, in which relationships are audibly evolving and whatever time you have together counts.

With the band taking their name from a character in the film ‘Cool Runnings’, you may recognise Mr Sanka’s actual long-haired leader of the pack, Nick van Hofwegen: a nomadic young designer who originally left a small village in The Netherlands for Berlin. Nick then travelled to London – where he sold handbags at an airport – via Brooklyn and L.A, arriving with just $100 in his pocket (but eventually finding fans including tour-mate Chance The Rapper).

A random encounter between three strangers far from home may have brought Mr Sanka together, but what’s emerged is an exciting new band who find themselves precisely where they’re supposed to be.