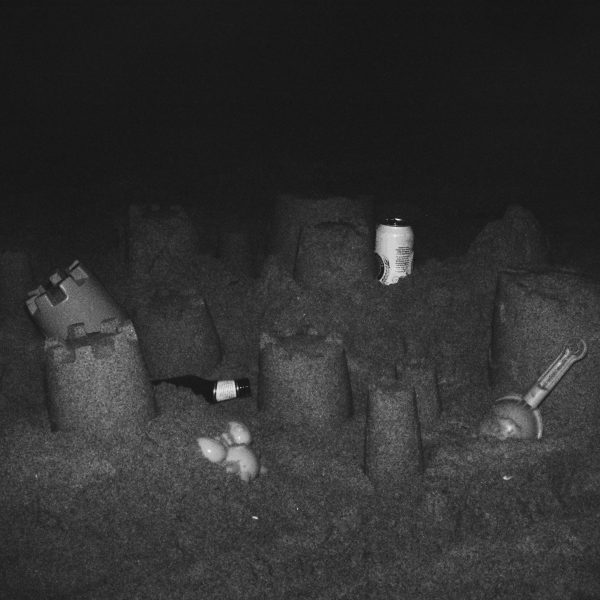 All releases from Evalyn

“The ‘Sandcastle’ EP is a statement about my millennial peers and the angst that both unites and divides us. We’re all comparing notes and panicking, and then acting like we’re the bomb on the internet — only to repeat the cycle. I’m scared that it makes us all so apathetic in the end. The lines are blurred between instagram and reality, twitter fingers and trigger fingers.” says Venice Beach, California native Evalyn.

With the release of her striking debut EP ‘Sandcastle’, the singer-songwriter’s wine-stained indie soul pop-with-a-hip-hop-swing has drawn comparisons to Lana Del Rey, Halsey and Mø. Having first earned major buzz on the strength of her breakthrough feature on Louis The Child’s glorious “Fire,” she followed up the co-sign with the release of her own near-viral debut “Filthy Rich”, a modern day ode to “fronting” in today’s Instagram and everything-filtered era.

While the set offers a bevy of pop earworms, ‘Sandcastle’ also serves as an apt allegory for the current socio-political state of the US. “You can make sandcastles as big and solid and sexy as you want, but because of what they’re made of, they’re going to fall apart,” she says, referencing the parallels between the 2016 election fallout and the beachside rite of passage. “I watched something I once had such faith in disintegrate and that’s because there are 323 million grains of sands in this analogy and they all seem to be overexposed and unwilling to combine forces.”

As for the set’s new single — and true standout — “Ride or Die” was decidedly the most personal cut on the record, anchored on a gorgeous exhale of layered harmonies and the repeated mantra “whatever happened to ride or die baby let’s run, like back when we were young.” Written “in the middle of the night,” the stark, emotive track was inspired by “hurt feelings, happy memories, and old boyfriends all rolled into one,” and the rising star has said that every time she plays it it “breaks her heart all over again.”