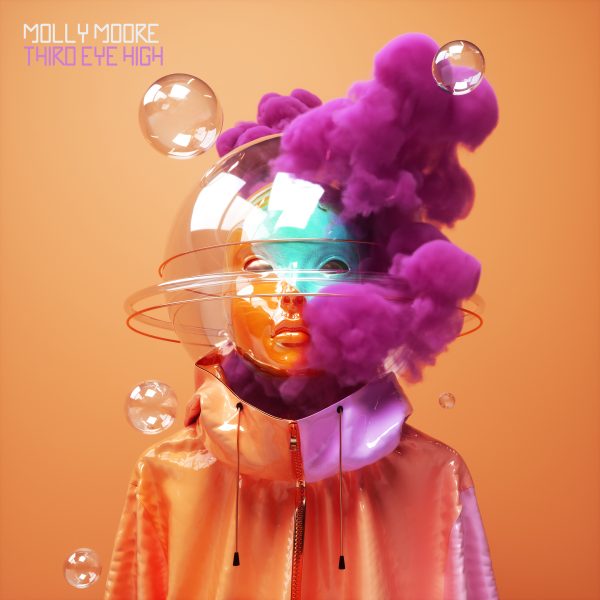 With a musician as a father and healer as a mother, Molly Moore’s upbringing has had a tangible influence on her music and style. Hypersensitive to her emotions and surroundings alongside an eclectic, broad-palette fashion sense, the Los Angeles-based artist makes a woozy, ultra-soulful outing draped in kaleidoscopic synths and swirling horns, on her ‘Third Eye High’ EP released with B3SCI Records on May 11, 2018.

Of her music Molly states, “I’m nowhere close to perfect and I’m learning about myself every day, that’s also a large part of what I write about. Self reflection can be hard, especially in a time when everyone wants to filter the best part of their story/image forward, but I try and find power in confronting the less comfortable things.”

As a solo artist and member of the indie-electro duo Cosmos & Creature, Moore has established herself as a genuine vocal and songwriting force. Behind Kpop superstars EXO’s #1 hit “Been Through” and Lea Michele’s “Letting Go”, she’s also penned and executive produced the Hanazuki album for Hasbro with Brandyn Burnette alongside a forthcoming single for Jesse McCartney. When taking center stage, Moore’s moody electro-pop has led to a coveted #1 slot on the iTunes Dance Chart and over 50,000,000 total streams.