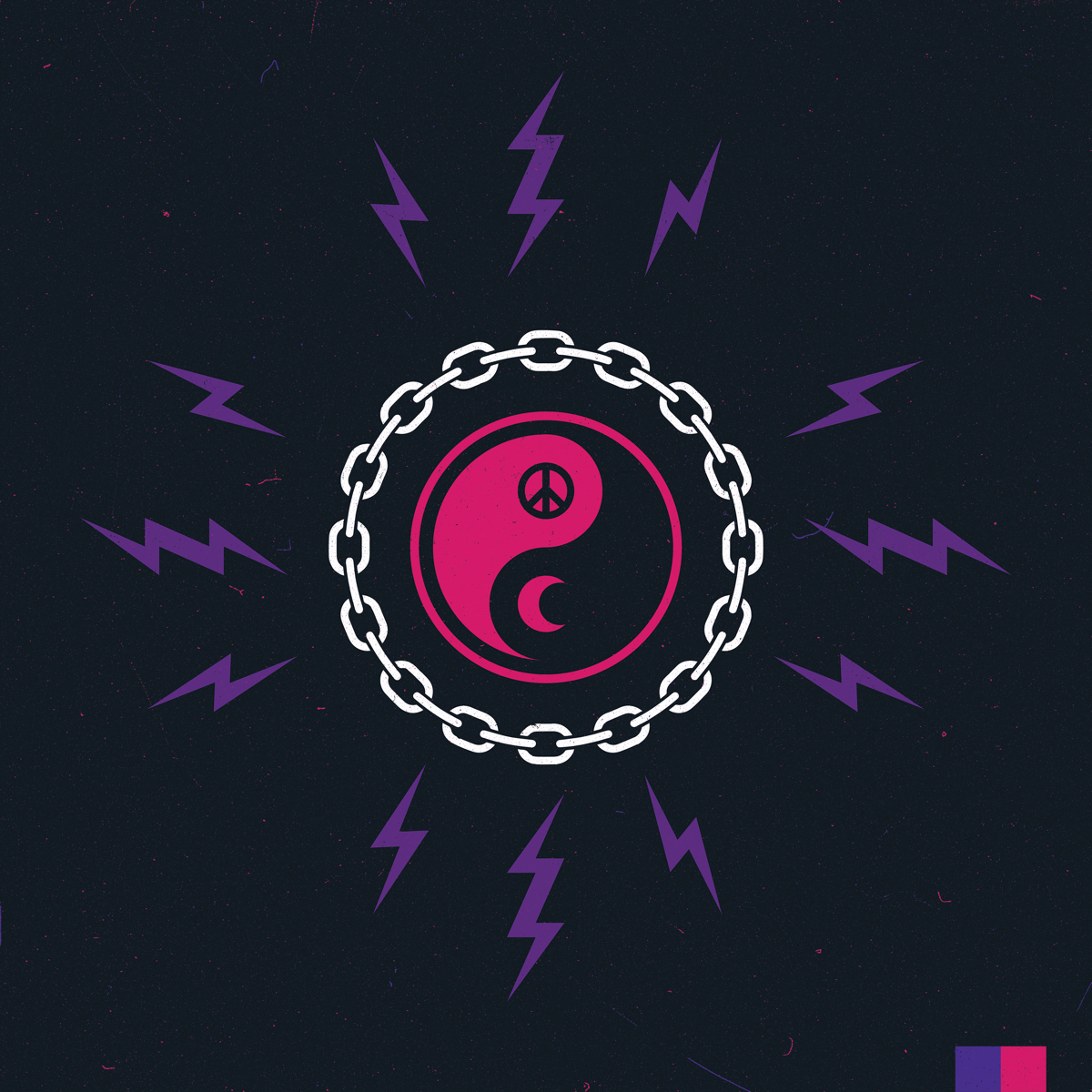 Nick van Hofwegen, the musician and visual artist known as Young & Sick, has announced his ‘No Static’ EP. Title track, “No Static” is a dreamy slice of disco-laced pop which Nick describes as, “…a song about how hard it is to follow your own advice at times. How difficult it proves to be to do the right thing all the time, even if your compass is steady. I hear you loud and clear all love, no static…”

“No Static” marks the first original release since January 2018’s ‘Ojai’ EP, which you can purchase on limited edition 7″ vinyl. His first body of work since his 2014 debut album, the EP was a reintroduction to Young & Sick’s music and visual artistry, which NYLON detailed in an in-depth profile here. Released last fall, single “Ojai” debuted a fresh musical chapter, sowing Nick’s recent travels through the American South with his European roots. The track was released alongside an original flip-book visual and was also featured in an Apple Watch ad here. He followed “Ojai” with a funky fresh cover of Fleetwood Mac’s timeless 1977 classic “Dreams” alongside a moving visual here and then rounded out the EP with single “The Road,” a track further embodying the sentiment of Nick’s travels through smalltown America.

Born in southern Holland, Nick attempted the traditional route of art through design school. Its cookie-cutter leanings led him to drop out in his first year and, at 20, he quit his 9-5 at a car parts factory in rural Holland and moved to London where, by a crux of fate, comedian Andy Dick came across a piece of his art. Nick’s friend Mark had introduced them about a week prior. Suddenly, Nick had his first client. Shortly after, Mark’s own band—a then little-known outfit by the name of Foster the People—asked Nick to do the artwork for their debut album Torches in 2011.

Nick has gone on to designing for others including covers for Maroon 5’s Overexposed and Mikky Ekko’s “Kids,” as well as designing his own single/album artwork.

Since releasing a pair of 2013 7″ singles and a 2014 self-titled debut album, which collectively spawned tracks such as “House of Spirits,” “Heartache Fetish,” and “Glass,” Young & Sick has toured with Chance The Rapper, played festivals including Coachella and Austin City Limits, and has pursued other music projects such as SHARER (with JD Samson of Le Tigre) and Mr. Sanka (with Mustafa and James).

Young & Sick has also forged various fashion collaborations with brands such as MeUndies & Rag & Bone, as well as a recent Ojai EP collaboration with Bucketfeet featuring original designs named after tracks on the EP.

Nick is also a proud member of the The Creative Alliance, a group of the top American ad agencies, creatives, and storytellers collaborating together to brand for social good. President Obama even invited him to the White House for South by South Lawn.