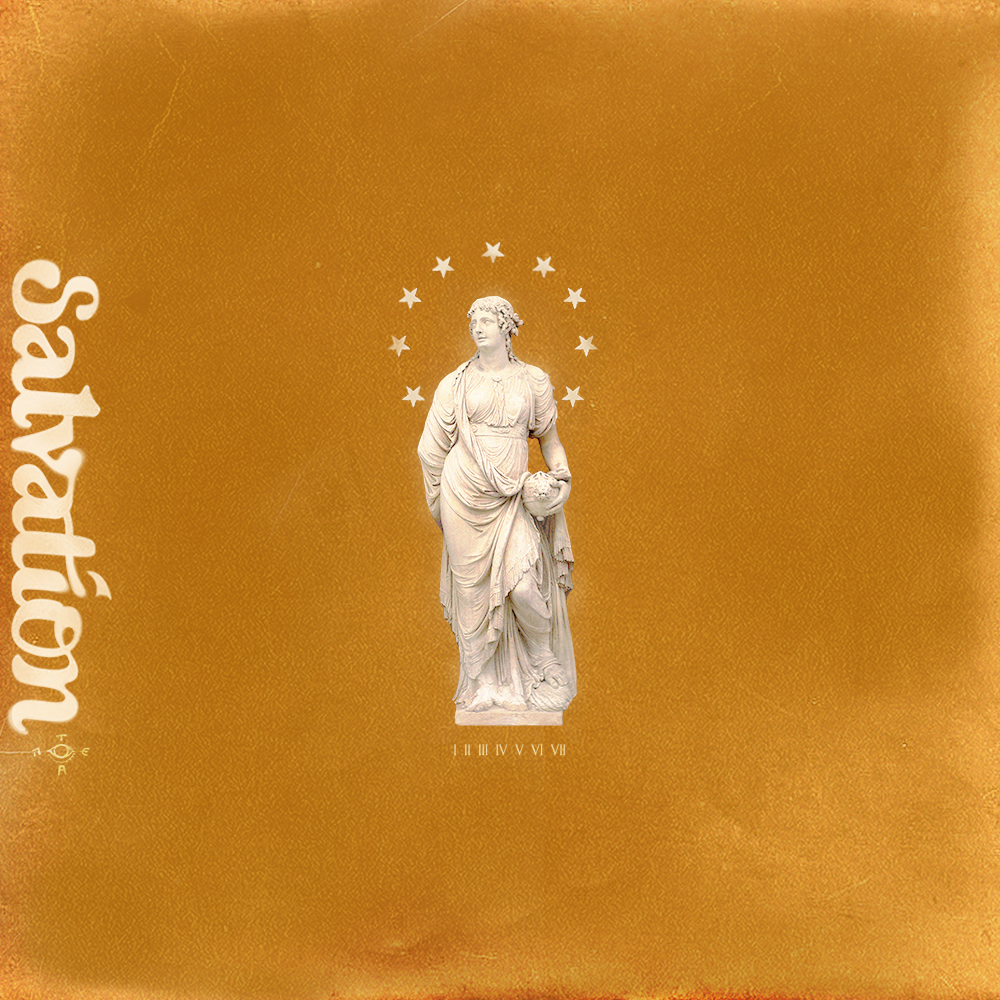 All releases from Evalyn

L.A.-based singer/songwriter Evalyn has an endless fascination with her adopted hometown and all the worlds within it, from the rock-and-roll dreamland of Laurel Canyon to the glitzy sleaze of Hollywood to the jagged beauty of the ocean and mountains. “In a way I feel like this city is my cult or my place of worship,” says Evalyn. “I love how it’s this crazy juxtaposition of paradise and total grittiness. I’m definitely one of those people who’ve come here to be a part of all that magic.”

On her new EP Salvation, Evalyn marries that sense of cult-like worship with a wild- eyed rethinking of the seven deadly sins—an undertaking that draws from her childhood days as a Catholic altar girl and choir singer. The follow-up to her 2017 debut Sandcastle, the EP showcases the mesmerizing vocal presence and melodic ingenuity previously glimpsed in her breakthrough feature on Louis The Child’s single “Fire.” And in bringing Salvation to life, Evalyn worked with L.A.-based producer Nicopop in dreaming up a darkly charged but lavishly textured sound beautifully suited to the EP’s mystical explorations.

“Salvation came from playing with the idea that the seven deadly sins are actually necessary to our lives,” says Evalyn. “I think lust is important and pride is important, and it’s the shame surrounding them that should be broken down.” Naming her infatuation with The Source Family as a key influence on Salvation, Evalyn notes that the EP also delves into the strange romanticism of the cult experience. “I was thinking a lot about how there’s an aspect of cultiness to religion, and how people in cults are usually pursuing a hope of something better,” she says. “It’s about asking, Why do we worship what we worship, and why do we follow what we follow?”

With its electronically sculpted but guitar-heavy take on pop, Salvation infuses its sonic grandeur with an edgy vitality inspired by classic alt-rock bands like Nirvana. On lead single “Angels,” the EP opens with a gloriously epic, reverse-string-driven track that examines the sin of pride as an unapologetic passion for the Los Angeles way of life. From there Evalyn reflects on unrequited love on the fuzz-guitar-fueled but ethereal “Santa Monica” (lust), celebrates the drug-like high of sexual exploits on the psychedelia-tinged “Higher Power” (sloth), and contemplates control and vulnerability on the chillingly intense “A Pill to Crush” (wrath). With the massive pop anthem “Big Bad City” musing on greed and “Crème de la Crème” offering a delicate yet determined look at gluttony, Salvation closes out with “Blue Honey”—a sprawling and hypnotic meditation on envy, laced with luminous moments of stark confession (sample lyric: “I never want what I need”).

Throughout Salvation, Evalyn adorns each track with the nuances of her magnetic voice, tapping into the graceful vocal command she honed in singing in the church choir from ages five to 15. Originally from Chicago, Evalyn got her name from her great-grandmother, whom she perceives as the guardian angel for her musical pursuits. “She was an absolute bad bitch,” says Evalyn. “As a child she homesteaded with her family and dressed as a boy so she could work the land. She was one of the first female lawyers in Chicago, an incredible figure skater and painter and all-around powerful woman.”

Evalyn made her debut with a supremely moody mashup cover “The Hills” by The Weeknd and “Nightcall” by Kavinsky. With “Fire” by Louis The Child ft. Evalyn soon following, she next delivered the early-2017 single “Filthy Rich”—a track she considers a major turning point in her artistic journey. “I remember coming up with that song and feeling like it was bolder than anything I’d written before,” she says. “It was honest in a way that was a little unnerving, and there was a darkness and poetry that felt like they were unabashedly coming from me.”

In creating Salvation, Evalyn aimed to amplify that sense of self-possession, both in her elaborately rule-defying approach to the production and in the message at the heart of the EP. “One of the central themes is the idea of trying to find something to save you, whether it’s religion or a cult or anything else you might worship,” says Evalyn. “I think as millennials there are so many things we’re afraid of, and we’re always trying to run toward some sort of saving grace. It’s kind of hard to think about sometimes, but the real truth is that—at the end of the day—the only thing that can really save you is yourself.”

“Evalyn is connecting the dots of the universal experience of a love gone wrong.” – Milk Media​​​​​​​

“The coolest chick on the indie pop scene.” – tmrw magazine

“Doesn’t shy away from either the microphone or polarizing topics, and this combination serves as a great strength and testament to her genuine artistry.” – Ones To Watch

“Reminiscent of Lana Del Rey’s melancholy dream-pop, if Del Rey had been born in LA instead of NY.” – Indie Shuffle