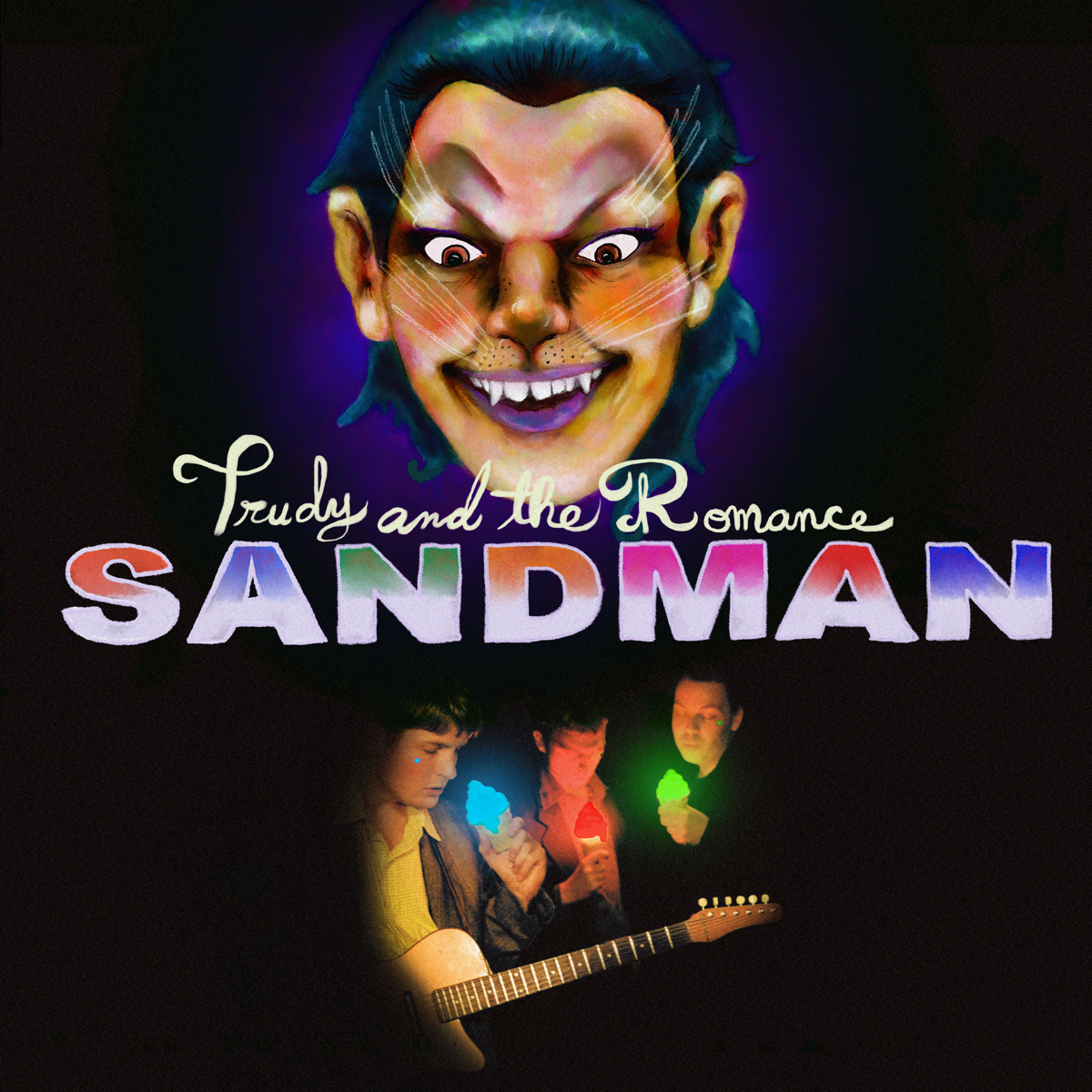 All releases from Trudy and the Romance

Trudy and the Romance release their long-awaited, colourful and imaginative debut album ‘Sandman’.

Pulling together 12 lovelorn retro vignettes, projected direct from the mind of frontman Olly Taylor, it’s one of the most inventive records of the year. An emotional escape set in an alternative, innocent world where greys fade to lively acrylic colors as stories of Little Johnny, his beau Sweet Emma, and the interfering Sandman are sound-tracked by The Original Doo-Wop Spacemen.

It excellently distils their flair for dreamboat-pop with nods to Jonathan Richman, Louis Prima, and Brian Wilson’s wall of sound, also taking influence from film composers Henry Mancini and Bernard Herrmann, and the golden age of Disney.

Recorded with producer David Pye (Wild Beasts), ‘Sandman’ draws the listener further into the trio’s vibrant world. Rocking and reeling through dreamy harmonies and dazzling guitars it’s everything good pop music should be – catchy, clever and brimming with curiously wonderful characters in Trudy’s inimitable realistic-cartoon narrative. It’s a cosmic, kaleidoscopic, merry-go-round of a record that is bursting with bright ambition.

Talking about the record and the quasi-conceptual element of Little Johnny’s journey and how the characters interplay, Taylor explains: “It’s about an artist’s journey to success, then asking for your innocence back. It’s a break- up album too, about going to a new place and looking for hope and new love.” The Sandman, he continues “is the little devil on your shoulder, a metamorphosis of the darkness that looms in the back of your mind.”