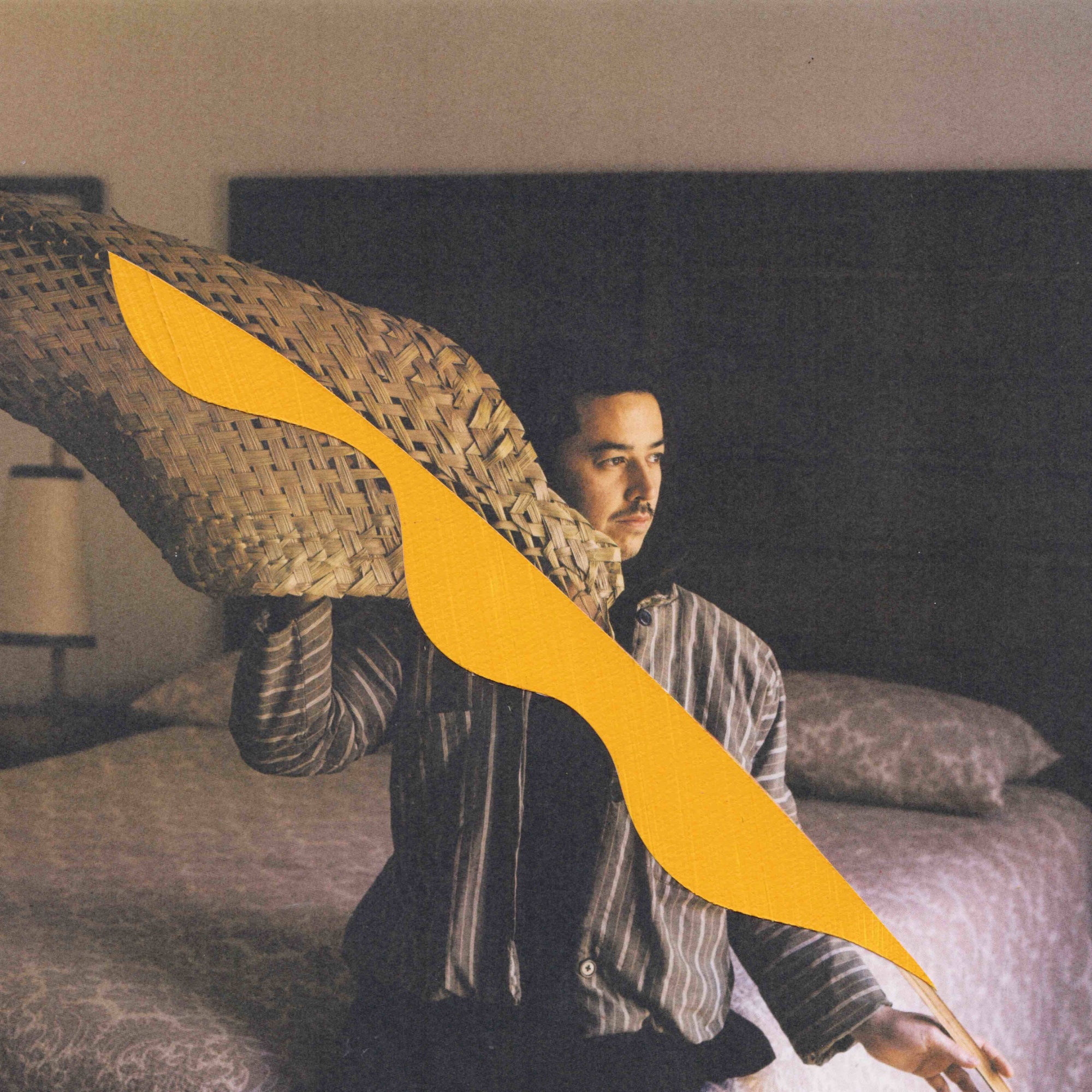 All releases from Kyson

Kyson is a self-titled sonic memoir that jailbreaks Kyson’s repertoire through a depth of narrative and tactile instrumentation. Where he ensconced his other releases in escapism, this one by design hits you in your soul.

The album’s title is particularly significant. Kyson’s stage moniker was his nickname as an infant. His free-spirited parents (mom is English; dad, Malaysian) couldn’t decide on a name after his birth, so they temporarily called him Kysan-with “Ky” taken from his father’s name and “san” meaning son. As Kyson got older, his father exposed him to Asian culture, but he showed a lack of interest. It took the passing of his paternal grandfather to awaken a desire to learn more about his Chinese-Malay roots. “This album,” he notes, “is really about how curious I have become.” The album artwork and packaging comes courtesy of German artist BD Graft in his ‘Add Yellow’ style with images from Kyson’s upbringing.

If there’s a nexus to Kyson (one of his favorite cuts), it’s the sweetly contemplative ‘The Boy’—a wafting look back at his Aussie childhood. Here, the interracial Kyson finds himself at a crossroads between Western assimilation and his Asian heritage. The feather-light instrumental ‘Penang Stories’, subtly infused with Chinese-inspired strings, fittingly follows it. Meanwhile, the pop-ethereal ‘One & Other’ acts as a companion track, in which Kyson resolves, “That beauty’s on my side / Shielded like a mother’s smile / I’m all in now.”

Creatively, ‘The Boy’ paved way for an album straddling that rare space between relatable and personal. “I had this loop of four chords on my computer for, like, a year,” says Kyson, who recently moved from Berlin to Vienna. In an early demo, he sang “Am I still a boy?” over and over, like a mantra. It took Kyson nearly a year to complete the song, but that opened the floodgates to what would become his most transformative work to date.

Kyson will readily admit that first year of writing this album was challenging. “My last album, A Book of Flying, was more straightforward,” he says. “With this album, I was in a different place. I was getting so much inspiration from these memories, that I had to stop and just think.” He ventured out of his comfort zone, embracing real-life storytelling and instrumentation that reflects that unvarnished authenticity. Musicians contributing to Kyson include Chris Hill (Drums), Sebastian Maschat (Drums, Trombone), Metteo Pavesi (Electric Guitar, Bass), and Paolo Guolo (Saxophone). “I wanted more real sounds: real drums for the first time, bass, guitar,” explains Kyson, who’s accustomed to doing everything at home. Past, present, and future styles come together on singles such as ‘Slowdown’, a multidimensional interplay between shimmering synths, cooing guitars, and cascading vocals. “I’ve never gone into a studio where I was going to be like, ‘Alright we’re going to come out with a record.’”

Kyson elaborates on this in the delicately arpeggio’d ‘Innocence Arrogance’, an all-too-human psalm about bravado and regret. The song started as, he says, “an audio sketch, where I went into my studio and started recording all my synths to tape. I spent hours doing that and came up with this one little tone and started playing guitar over it.”

Kyson got his start in music at age 16 by making hip hop beats. “When you’re producing music even in your bedroom, it’s almost the deepest meditative state that I can be in,” he recalls. “It was something I’d never experienced before with other things”. So he instinctively free-styled the first verse to ‘Innocence Arrogance’: “My arrogance battles with my innocence / A surrogate to every thought / I watch it all come round again.” Explains Kyson, “I’m asking if we are arrogant to ignore the innocence of how fragile we are as humans. It’s about letting this innocence and soft side of myself into my life.”

But it is the quivering, spectral ‘Calibrate’ that’s one of the album’s most intriguing curveballs. “It is an odd song on the album. It’s out of place,” he says. “It’s a very abstract story about love and about me and conversation with myself.” Only here, the narrator makes peace with the idea that another person can relieve his unrest, helping him rethink his priorities.

Kyson is unique in how its perspective discreetly shifts. Songs such the wistful ‘Bliss’ (a hymn to pensiveness, “I can only fuck up when I’m feeling like this…I just need another, another moment of bliss”) are powerful introspective narratives. But others, such as ‘Body’ (about the mind-body connection) and ‘After the Rain’ come in from above, observations of the thematic progress he’s made. (“After the rain comes the mind / After the mind comes the blood /After the blood comes the river,” he sings.) “It has these synths that are flying all over the place—they are the emotions that are out of control,” he says. “It was really interesting for me to break down my own album after I made it and think how I’m trying to relate the music to the story.”

Not surprisingly, ‘After the Rain’ was the one of the last songs he penned. “I made it after studio sessions, back in my studio in Vienna. Basically, I try to make music every day— I want to be there when the inspiration comes. So I kept making music.” Just as he explored his id to make Kyson, knowing when to stop was purely instinctive, too. “I’ve spent two years working on this record. I went with very full ideas, just redoing parts, working with people who are close to me. I knew I was with the right people at the right place. And I’ve pretty much gotten this album to exactly where I want it.”

Kyson’s artist career started when he won an official Bon Iver remix completion with his version of “Holocene.” This sparked Kyson’s love for tinkering with effervescent, hip-hop soundscapes and production which eventually evolved into Kyson realizing his potential as a solo artist. Pitchfork has credited his music as “exotic but familiar” and Stereogum as, “forward-thinking arrangements with sleek electronic elements.”

Produced and Mixed by Kyson
Mastered by Heba Kadry