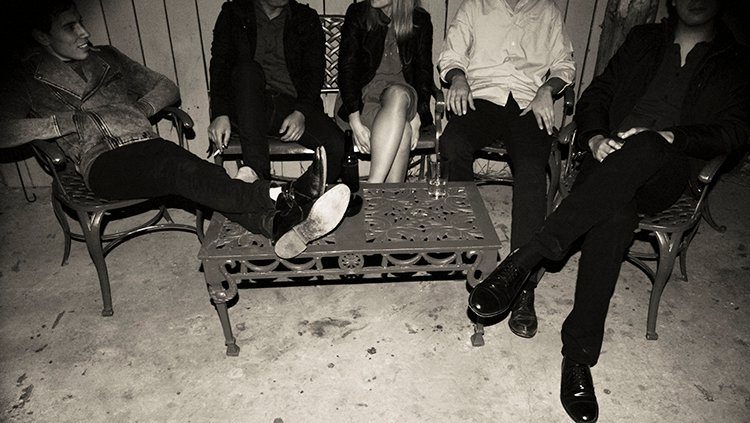 The beautiful delicate “Brimstone” by El Paso band The Royalty has some of the prettiest melodies we’ve heard in a long time. The track’s string arrangement is also top shelf stuff, the interlude that drops into the track at about 2:30 is simply gorgeous. We’re in love with this shit. Sample for yourself below.

Sallie Ford & the Sound Outside – Cage 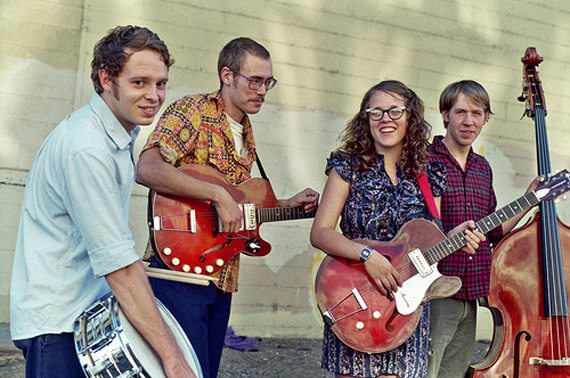 Sallie’s got soul. Her new Dirty Radio LP is a hit here at b3sci HQ. Somewhere between Stax soul, Screamin’ Jay Hawkins, and Tom Waits (some seriously illustrious company, indeed) Sallie & Co. will rip you a new one on the gritty “Cage”, which is our pick from Dirty Radio. Catch a little holy ghost or at least a bit of the devil below.

Sallie Ford & the Sound Outside – Cage

Sallie Ford & the Sound Outside 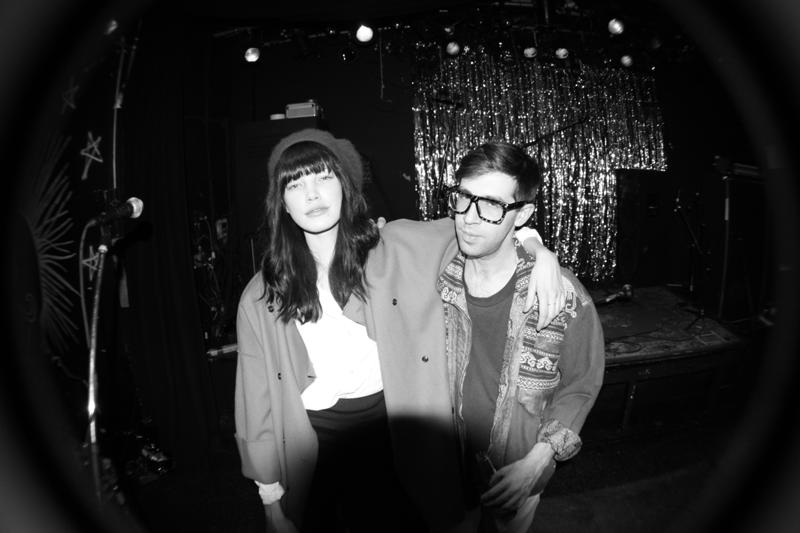 Whenever you see “Koreless Remix” following the Artist and song name on a track title you know you’re likely in for something pretty sick, this new remix of New Look’s “The Ballad” is no exception. The moment around the 1:00 mark where a beautiful falsetto harmony lifts into the mix over hushed-up drum clatters is just magic. 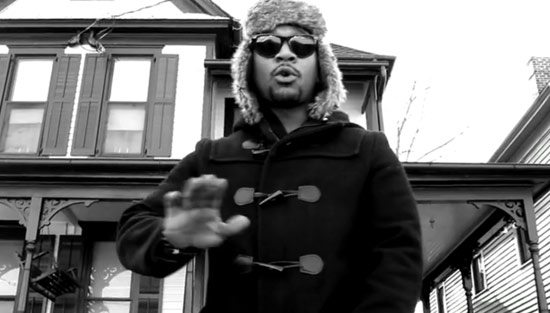 A smooth buttery look for CyHi and Big Sean tipped up by the Superfriends Kanye & No I.D. CyHi’s verses go down easy, well enough for the song, but Sean’s verse is the track’s star turn. Get connected below. 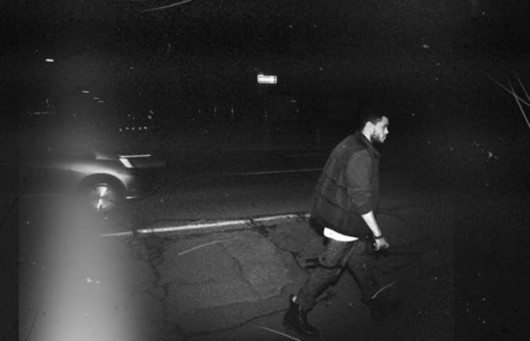 This new Weeknd remix by Portland’s SPL , which was #1 today on Soundcloud’s Hottest Tracks, is absolute mint. Watch out for that drop. 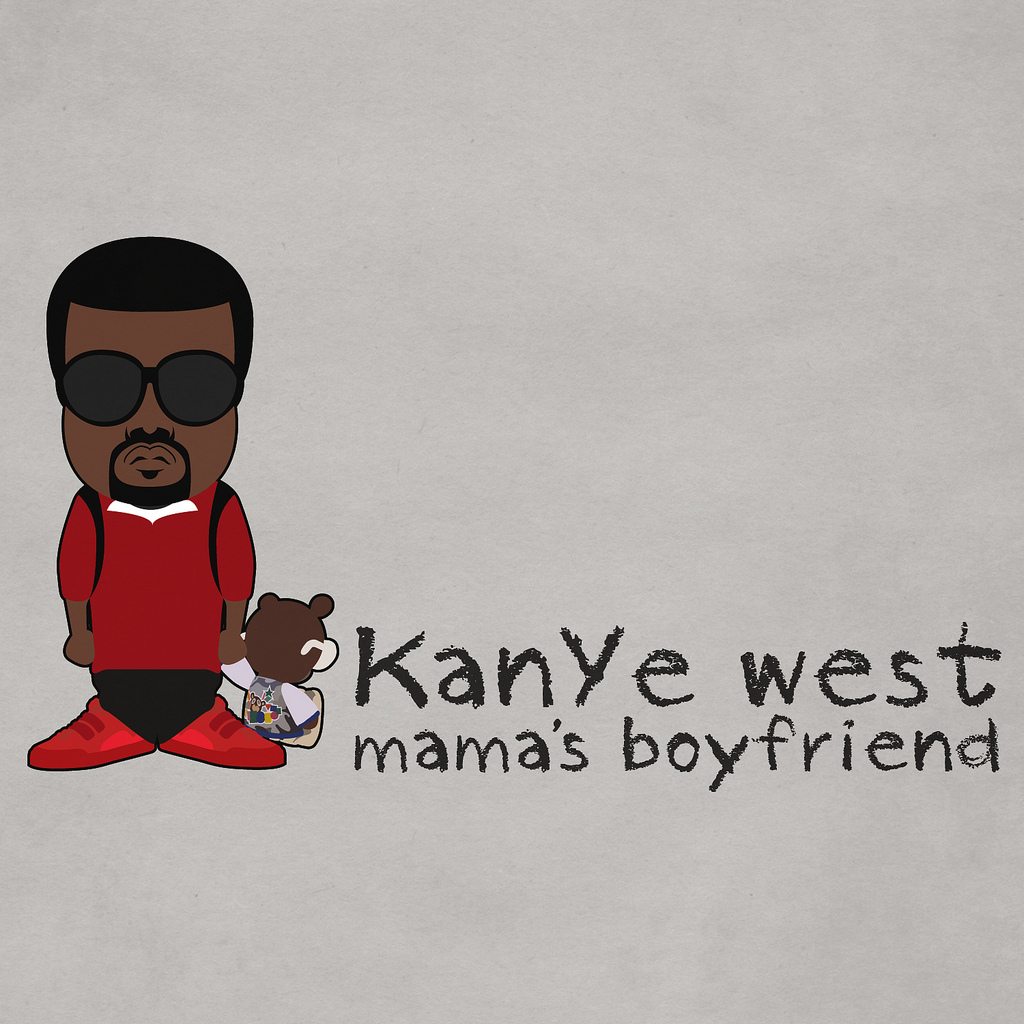 We’re a touch late on this. But this new unreleased Kanye was too good not to throw up here. Obviously, the content of the track is deeply personal and if you, too, grew up in the context of a single mom household, you probably know a bit about what this track is about. 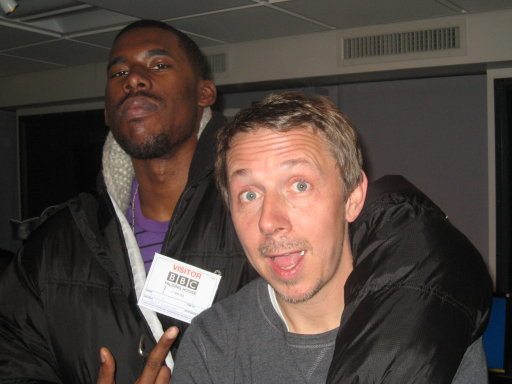 One of our all-time favs Fly Lo threw down on some unreleased tracks on his Soundcloud last night. Among the 8 as of yet unheard tracks are some real gems. Our favorite of which is this “Massive Attack” mix. And, yes, the track does a bit remind of that legendary group, it sounds more of the great Massive Attack mixes Mad Professor did. Of course, this is Fly Lo and the track is super brilliant/mindblowing in its own right. Sample for yourself below. p.s. You know that other bloke in the photo will be spinning one these new tracks on his programme tonight. 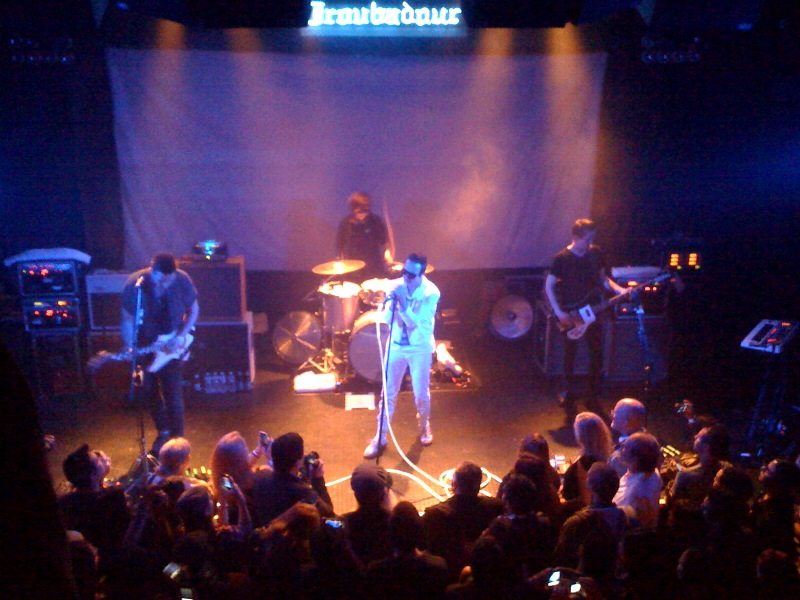 What does does a consciously ambitious band sound like? A possible answer is Glasvegas. We’re not saying that’s a good or bad thing (for them) but we are saying that few things felt more clear Wednesday night at the Troubadour.

Before a sold out crowd of radio rock fans, the band took to the stage sporting all-black threads with their leader James Allen in clean white flanked by a flowing neon orange microphone cable. The set, opened with “The World Is Yours” from their new Euphoric Heartbreak LP, and the band came to life. Glasvegas soared through the eastern-tinged, explorative track, sonically impressive with its lush guitars, thumping bass, and synth flourishes. Allen’s vocals lifted out over the mix in Bono-like fashion. Am I really at a Glasvegas show?

There was an energy at the Troubadour and fans felt privy to something special, but little did they know, Glasvegas had fired many of its more impressive musicals bullets. What remained of the newer material seemed long on epic-ness and ambition-ness but short on songwriting, execution, and performance, delivering at least as many self-indulgent moments as memorable ones.

Allen bestowed a usual confidence, taking off his jacket, swigging beer and sneering at times into the microphone. His Scottish accent flowed forth proudly, making for interesting context to the experience. In general, it seems obvious that Glasvegas, at least right now, aren’t interested in writing the legacy pop songs hinted at by their critically acclaimed self-titled 2008 debut, rather they seem in favor of a more mature, poetic, festival, ‘cult-following’ career approach.

Still, The Troubadour’s sold-out crowd took note. Experiencing the set at full sprint. Radio friendly “Geraldine” and encore closer “Daddy’s Gone” were the most harmonious tracks of the evening. Also… of course, its always worth noting we dig the inaudible, and in this case, Scottish-accented bantering throughout the set! In fact that is one of the main reason’s to love watching anglo-centric rock and roll live, init?

Glasvegas – The World Is Yours 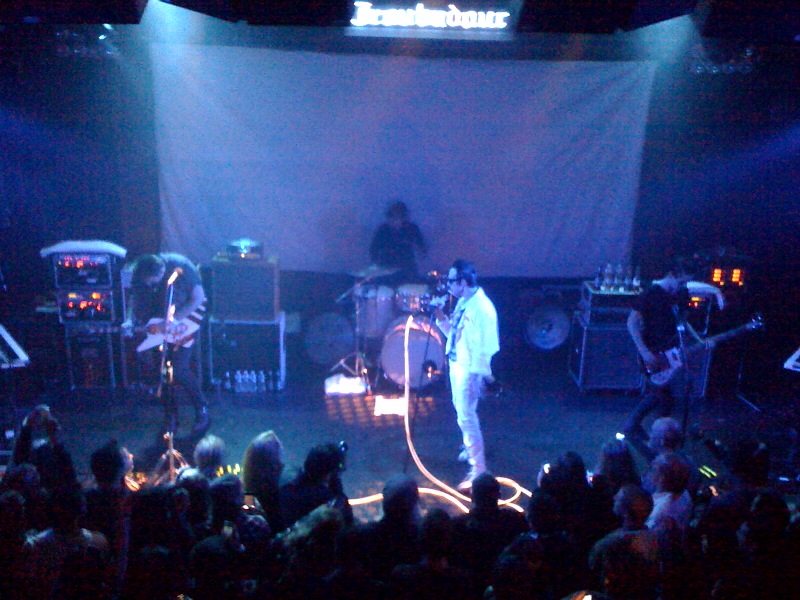 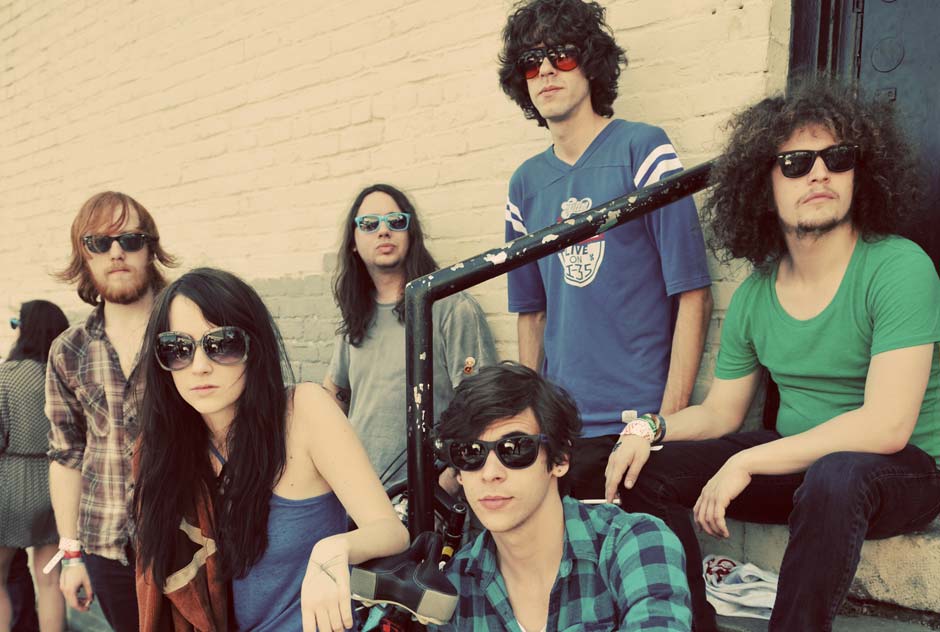 “Proper Taste” is new from Cage the Elephant tourmates Sleeper Agent. The tracks rolls from a huge verse to a bigger prechorus to a massive chorus. Huge to bigger to massive that’s “Proper Taste” in a nutshell. The song is most def one of our fav rock tracks of the last couple months and has been in serious serious rotation here at b3sci HQ. Get into it below! 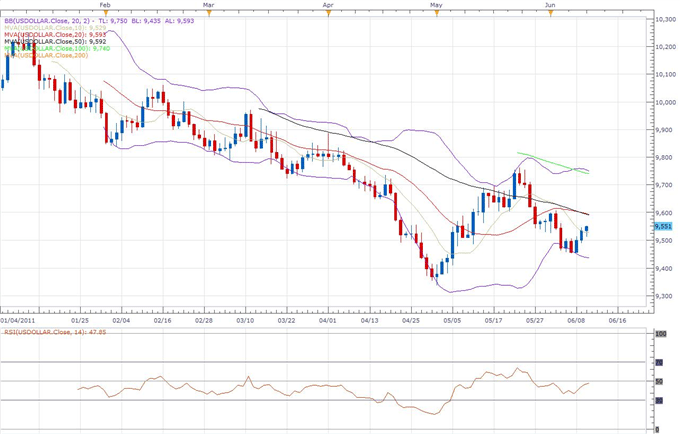 Our girl Annie Mac hooked it up on her latest Friday night radio programme. One of the big standouts of the show was this track by UK electronic artist Wilkinson. Somewhere between Electro, D&B, and Drumstep, “Every Time” is the sort of feel good jam that fills floors at festivals and the biggest club rooms. You know you want it. Hit me! 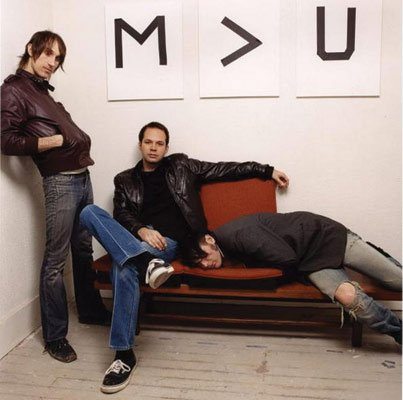 Remember Moving Units? They were an MTV buzzband like 6-7 years ago. Appearances on MTV 2 Subterranean, being interviewed by John Norris. All the accoutrements that come with such lofty reaches of MTV buzzbanddom. Well, Knight Stalker, out of Los Angeles, does too. They lace up a mint remix of “Until She Says”. Freshly baked for your memory banks. 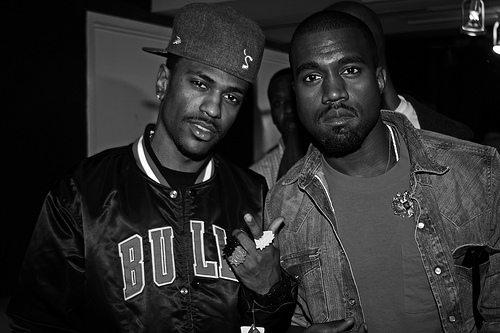 One of the most anticipated singles of the summer is hitting the internet RIGHT NOW. This post was inspired by a little Martin Solveig and lime juice-ay. This is a hit. How we feeling about this fam?