LIZ – U Over Them 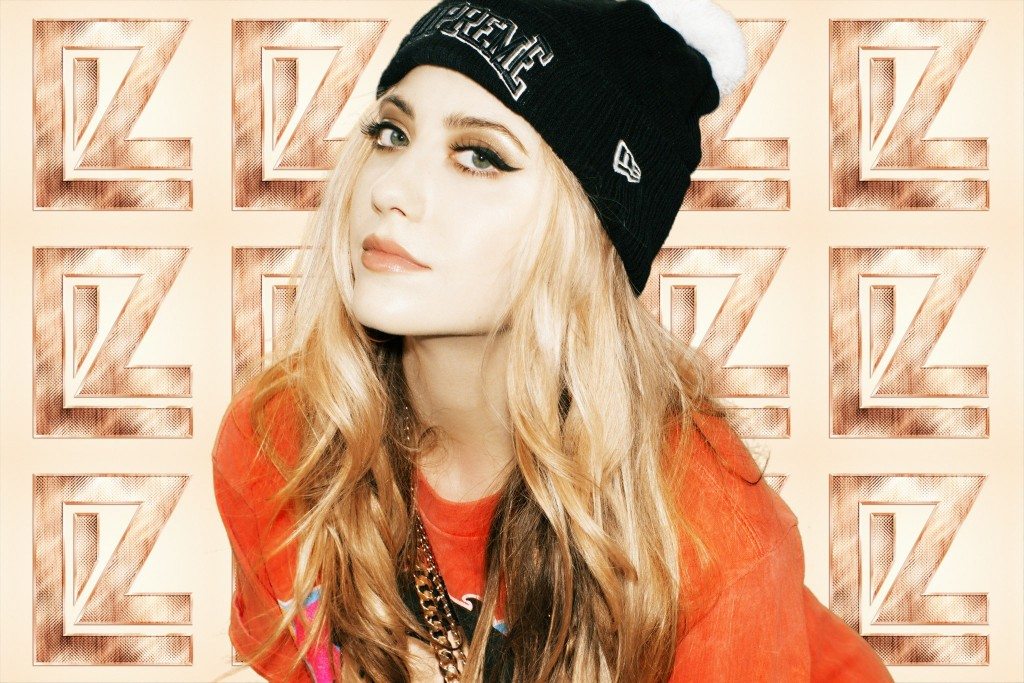 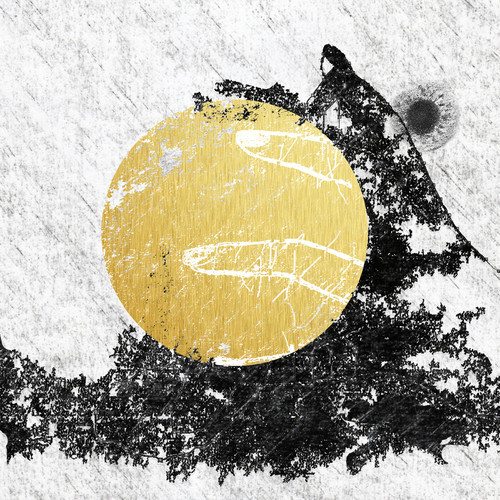 Saa are great. If you’re unfamiliar, the darkly melodic track and video “Against Interpretation” should serve as an appropriate introduction to the b3 fave Anglo-Nordic duo. Saa’s s/t debut EP is due July 8th on UK label Left Blank. 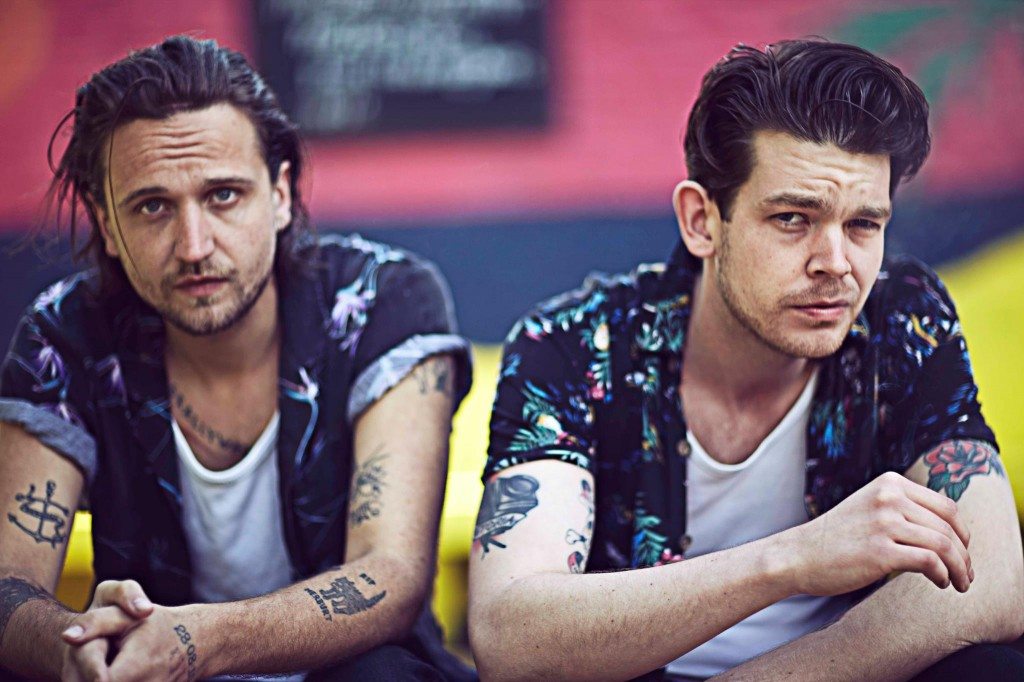 If you frequent b3sci, then it should come as no surprise that we’re excited about this advance stream of Solitary Trip, the debut EP from spaghetti western friendly, psychedelic-rockers, Men’s Adventures. In fact, we’re so excited that Brian Litwin from the team caught up with both Jimmy and Alfie from the band for a quick chat about the new EP, affinities for vintage comic books, time era rock and roll and more. Have a look at the interview as well as sample the forthcoming Solitary Trip EP below, officially available on June 25th via Dirty Bingo Records.

B3SCI: Your debut EP Solitary Trip is due out June 24th. Is there anything that you guys will take away from this release… that you can tell as of now?

Jimmy: Yeah all I’ve ever wanted to do is make records, and having something published has been an interesting experience, a good one too! I look forward to and will be taking everything I’ve learnt making this record and applying it to the next one.

B3SCI: Is there anything that you expect listeners to take away?

Jimmy: The band and the record is supposed to take you on a journey, what kind of a journey is obviously down to the listners interpretation. I would say that’s just one of the meanings behind the title Solitary Trip

B3SCI: We’ve read that you’ve explained your incredible single “Feeling Bad” as a song that forms into something which could be in a Tarantino movie. Must say, I totally agree. Are you fans of Quentin? Does he influence your work?

Alfie: I don’t think we ever actually said that, alot of people have said “Feeling Bad” especially could be heard in one of his films which I understand. But yea, big fan of his films and his soundtracks, I couldn’t say they’ve ever directly influenced our music but I would love to work on a soundtrack or score for one of his films someday.

Jimmy: The biggest influence someone like Quentin Tarantino has on our music is the fact that he is a genre director and we are essentially a genre band. At the moment we are heavilly shrowded by western comparisons, which is fine and we’ve kinda asked for it, but there is a lot more to us than that…

B3SCI: You site Ennio Morricone as an inspiration. Do you forsee large symphonic orchestration, and possibly film score focus, in the band’s future?

Jimmy: Well we have put some strings on “Welcome Home” and “B.B Vulture”, we worked with Dan Merrill on those, he was a pleasure to work with and I am still blown away with what we achieved there. I would love to work more on music for films. I hope some directors or film makers will read this and get in touch. In a band, you have to stagger releasing stuff and playing stuff live. With something like a film score, the inspiration is right in front of you, the director has provided that for you. You take that, write something, record it and leave it there. That’s really appealing to me!

Alfie: My dream is really for Men’s Adventures to keep getting bigger as a band and to start doing stuff like this live. As i previously said, all my words are with images in mind and that very much applies to films as well. A friend of mine at the BFI has been putting on musicians playing new original scores over classic films and that’s definitely something we plan to do when the time is right.

B3SCI: The whole brand that is Men’s Adventures is engulfed in 60’s and 70’s throwbacks. What are some your favorite aspects of that time period?

Alfie: I’d throw in a little of the 50’s and the 80’s too. I think the innocence and romance of alot of songs and films from the 50’s and 60’s, you dont get that anymore. I would’ve loved to have joined my parents and uncles and aunties at alot of the gigs they attended in the 70’s and 80’s. The clothes and the vinyl they have handed down to me from that period have been a huge influence. I have pink Cramps vinyl sleeves and posters on my bedroom walls that they gave to me, maybe thats why I chose pink for our EP cover.

B3SCI: Is there a tie-in with your passion for comic books?  I don’t usually mention the album artwork but something about it caught my eye. Tell us the deeper meaning of this background and the woman raising her arm.

Alfie: It’s not so much comic books, originally we were inspired by men’s adventures magazines and the stories they would tell, always about a guy and a girl but always set somewhere far away and exotic or dangerous, they provided cheap thrills and to me they flowed like songs when reading them, so I wanted to do that with my lyrics. For me, when writing our songs I always have the illustrations from those original magazines in mind but we don’t want to use them in our artwork as hopefully the words help the audience to paint that picture themselves. This is very much the western adventures though. As for the woman, she’s there because the songs are all about women I guess, everything revolves around them. She was actually used on the cover of our first EP too so i guess she becoming a bit of a logo. The sun was inspired by the artwork for the film The Big Country.

B3SCI: Did you grow up listening to this era of music and at what point did this music become a major influence?

Jimmy: I grew up on a stable diet of Westerns, Marx Brothers and Laurel and Hardy films. They all had beautifully crafted songs and pieces of music to accompany them. When you really listen, you cannot help but be moved by that. I have never stopped loving those films I grew up on. We had a lot of time to think, write and record after the demise of both our previous bands and out of that time came Men’s Adventures.

Alfie: Yeah, I think after our last bands which were much more punk and rough around the edges with pretty pointless political or self indulgent words we had to think what we really wanted to do. My mum and my grandma would sit me down and watch Westerns with me constantly, my granddad did the same with Laurel and Hardy too actually haha. So I guess I grew up listening to this type of music in films and its just stuck, it naturally creeped out.

B3SCI: We’re giving you guys a free ride in our B3SCI time machine. Where and when are you going… and why?

Jimmy: To be honest if that were a genuine possibility, I think I’d just wig out and accidently pick somewhere really lame, then spend the rest of my life hating myself for the wasted opportunity OR just spend my entire trip worrying that I’m gonna fuck up in the future, and end up not really having a good time. It’s probably best I don’t get in…

Alfie: I’ll get a little high and get in. 1881, Tombstone Arizona at 2.45pm, to watch the gunfight at OK Corral and see what Wyatt Earp’s sayin. Or! in true Men’s Adventure fashion I would obviously take it back to before ‘she’ left me… 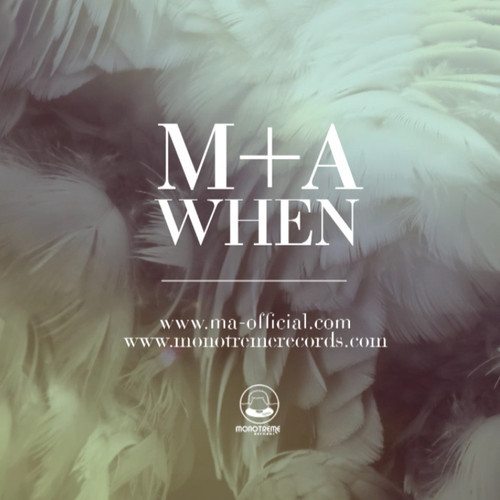 In. love. “When” is the breezy new single from Italian duo M+A. The first announced track from M+A’s sophomore LP These Days, is sleek, sophisticated and infinitely catchy. In 2013, we need more tracks like “When”. 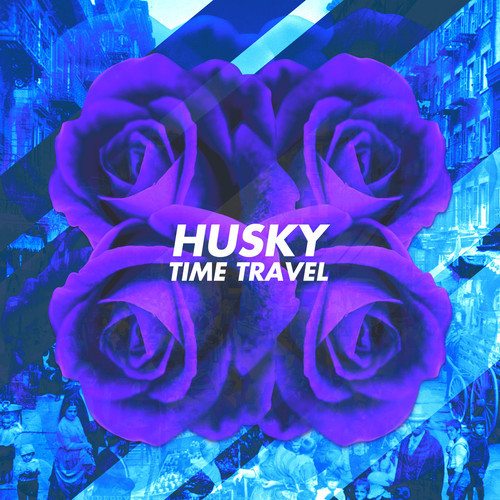 Husky Beats’ cannot be stopped. The R&B-leaning “Let Me Know” is just the latest in the Detroit beatmaker’s recent run of excellent material. 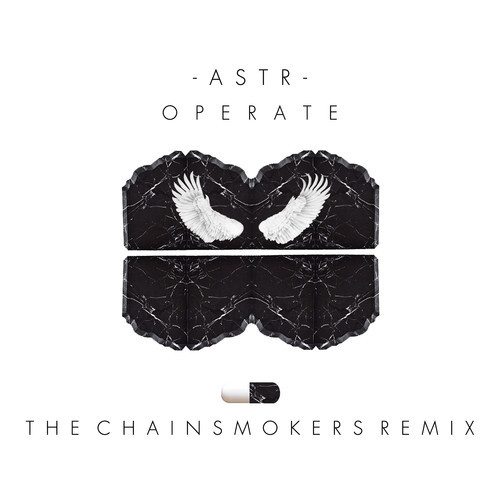 The Chainsmokers continue to stand out among their genre’s peers as they persist to find always new and engaging ways to push the Pop EDM sound. The NYC duo’s new remix for ASTR is crazy good and demands your attention right now.

Seafloor – I Won’t Love You 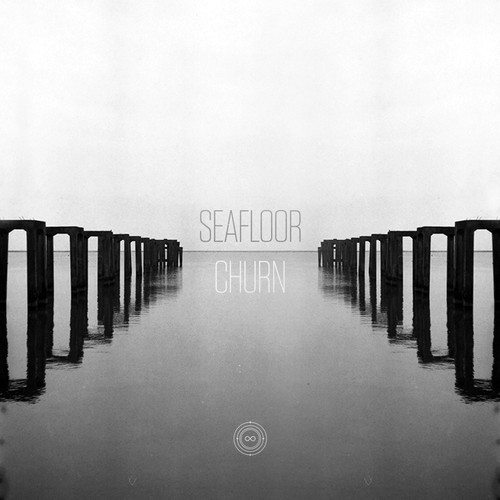 Member of the (awesome) Brooklyn soul-synth pop act Body Language, Matthew Young releases a new solo EP “Churn” under the moniker Seafloor. Marrying elements of classic house and jungle to more contemporary trends in indie dance music, “Churn’s” three tracks do an adept job at covering a lengthy C.V. of genres and sounds while maintaining excellent dynamics, cohesion and pacing; all that and the EP is really really good. “I Won’t Love You” is our pick.

Arctic Monkeys – Do I Wanna Know? 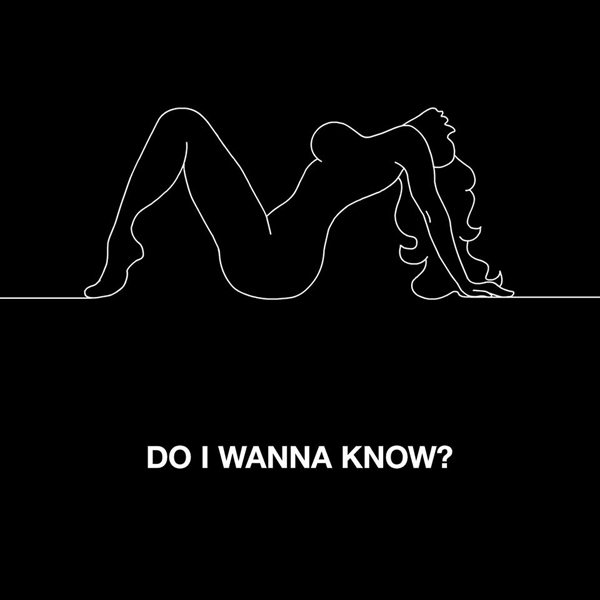 The Arctics have released a single just ahead of their Glastonbury gig the final weekend of June. They have told us they expect to head back to the harder, darker sound of their “Humbug” album. For my personal taste, that was their least appealing effort to date. “Do I Wanna” know does have a heavy guitar, but it’s a slower, fairly melodic track. It may or may not be an indication of what’s to come, but it’s a win in my book. By Bruce Rave 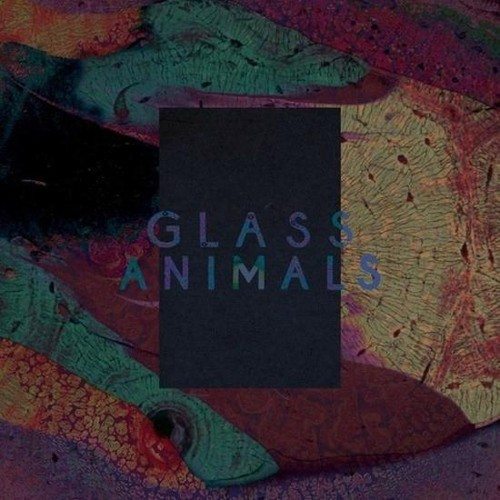 The XX – Together (U&I vs. davidDann Remode) 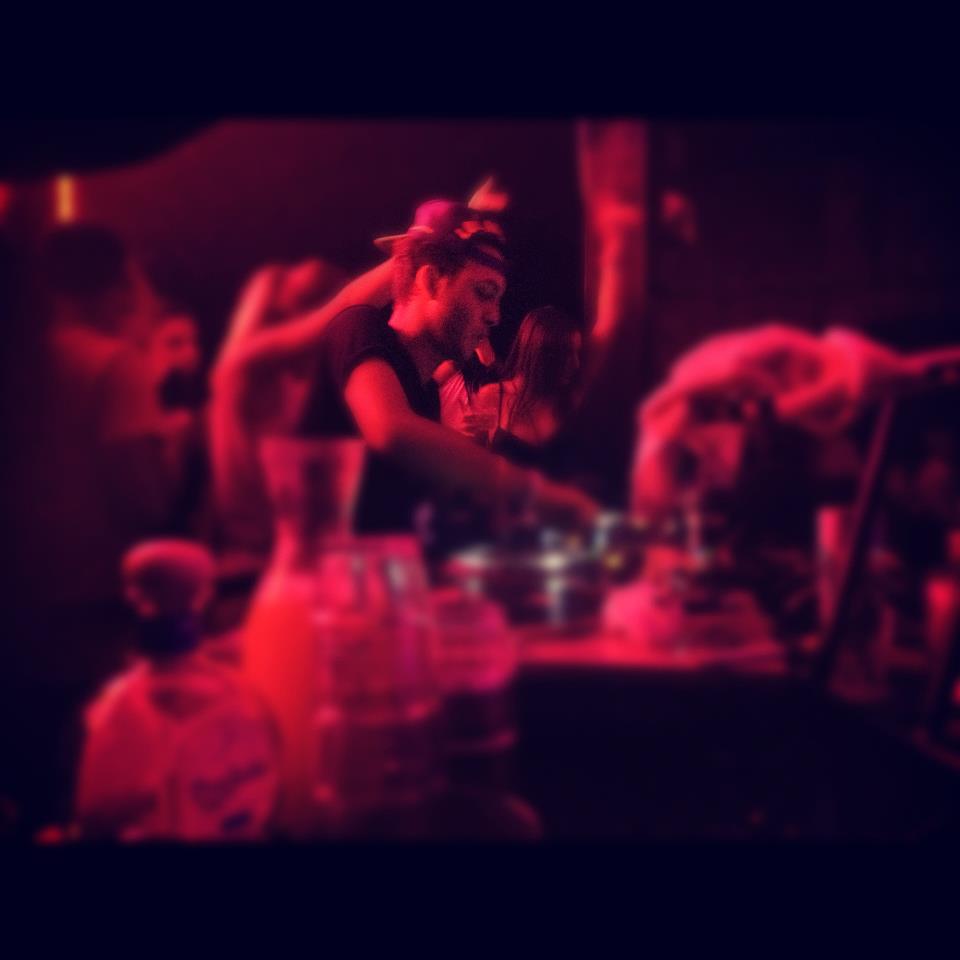 L.A.-based producer David Dann captures an excellent bit of mood and after hours club atmosphere with his latest remix for The xx. 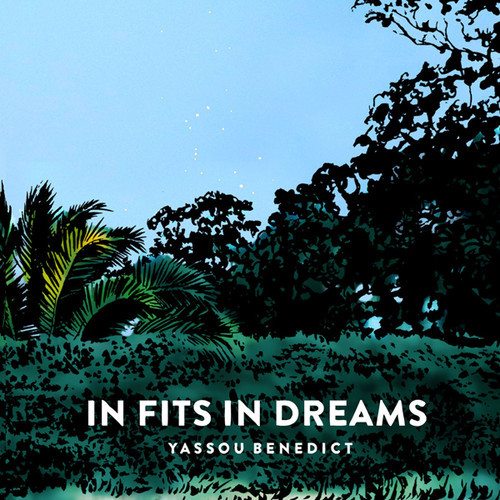 S.F.-based dream pop act Yassou Benedict release new single “The Cloisters”. Excerpted from the band’s forthcoming (July 2) “In Fits In Dreams” EP, “The Cloisters” dynamically builds across the track’s 3:48 duration with syrupy counter harmony and swells of clean melodic guitar lines adding panache. Of maybe most note though is the quality and conviction of singer Lilie Bytheway-Hoy’s vocal choices and performance.