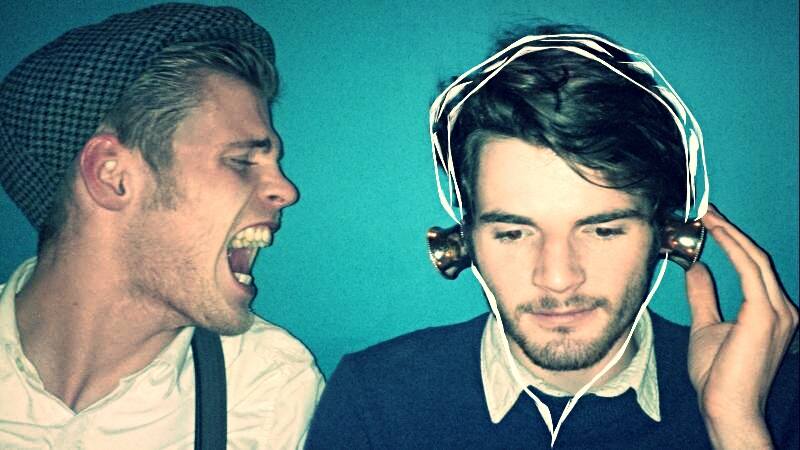 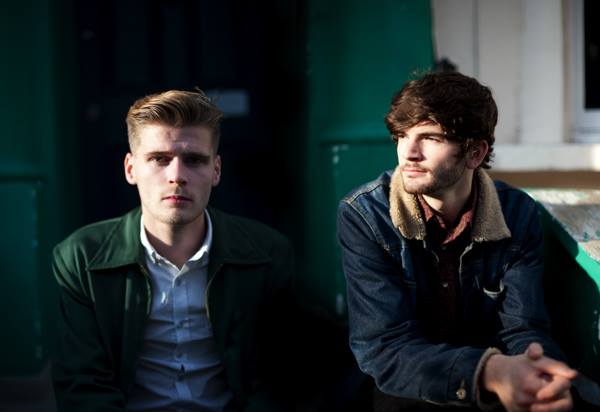 There’s a certain timeless quality about the folk pop of Irish brothers-duo Alfie and Harry, known as Hudson Taylor. Their ‘Osea’ EP has been a favorite around B3 headquarters and writer Desiree Autobee recently had the chance to catch up with the band about the release, the group’s musical roots, a forthcoming album, and of course their general busking about. You can have a read at their conversation below as well as a look at their cinematic music video for the new single “Weapons”, out now.

B3SCI: The first song of yours that I heard had me immediately geozone in on Ireland without knowing where you were from; how much of your surroundings growing up influenced your sound and the kind of music that you want to make?

H: Hmm, probably quite a lot I’d say but maybe not in the most obvious ways though – like, there was always music at home – we grew up with that, but I suppose maybe it was more once we started busking because busking actually puts you out there, in the middle of Dublin, and you’ve got to work hard to capture people when they’re walking by – so you also meet some real characters, and you need to have a good mix of songs, crowd pleasers / traditional Irish songs – to mix in with your own stuff. Plus when we were doing it, it was like a little community as well, all these different musicians playing within a really small area, you’re surrounded by it, it leaves a mark on you.

A: Yeah, I mean we’ve met some of our best friends for life through busking and that’s probably led to us being exposed to range of genres from Trad to Jazz and Barbershop even. It’s playing in pubs too I think, like you’d have all these old lads and they’d want you to play stuff they knew like the Dubliners or whatever so we’d be 15/16 and playing ‘Take her up to Monto’ or Chuck Berry – ‘Johnny Be Good’, it was great craic, and it definitely had an influence over us.

B3SCI: It seems like you’ve been globetrotters in regards to recording material, were you ever able to stay in any places long enough to get a sense of local music communities? If so, how did they differ from each other? And did they ever influence your recordings?

A: Well I suppose that is beginning to happen more and more, but it’s also hard as well when you’re on the road and travelling – you don’t get as much time to get out and get the feel for a place. We were in Nashville last year though and that was incredible – we were working with these two real Southern guys, bluegrass players, and that was awesome – there’s a real similarity with some Irish trad there so we felt at home with that.

B3SCI: Is there any place in particular where you’ve found inspiration that you’d like to spend more time in?

A: Well Osea Island for sure – we even named our EP after it because it’s somewhere which really…we really fell in love with, from the first time we ever went there. It’s really isolated, there’s nothing to interrupt or distract you which makes it somewhere we really get a chance to focus on the songs. But also I think it happens any time we go home, to Ireland, it’s just there’s inspiration everywhere I suppose, because it’s our home, because of how things have changed since we’ve been away, I dunno probably even because some of the best stories I’ve ever heard have come from Dublin taxi drivers or people I’ve met in pubs and it just stays with you everywhere you go.

H: Also we were in Dingle earlier in the year – that’s become a seriously special place to me now, even after only being there once, I want to buy a house there one day! It’s just got this vibe, and a really established musical tradition – every pub you walk into, there’s music everywhere.

B3SCI: You’ve done some great collaborations through your friendship with Gabrielle Aplin over the past few years; how did you come to know each other and is that something you would like to explore more in the future – if not bringing in Gabrielle, bringing in a female dynamic?

A: Well, we met first met Gabrielle when she came to Dublin to play the Ruby Sessions. She had started out, like us, by putting up YouTube videos and at that time we had been doing quite a few collaborations with other YouTube artists and so we all just ended up going busking together in Temple Bar on the day of her gig – it all started there really I suppose.

H: Yeah and then we all ended up living together when we first moved to London, that was the first time living away from home really for all of us so it was…eh, different, probably for her more, moving in with two lads like! But it was lovely though…That was when we did our first proper collaboration actually, in our old flat in Arnos Grove, I remember it took us ages because we were laughing about something, I can’t even remember what it was now but we had to keep reshooting the same bit over and over, it took about 2 hours.

A: Haha – we’ve gotten better at that since, I think! Less takes required now anyway! But yeah, we’ve always had a really strong appreciation for harmonising between ourselves and then I think adding that extra layer of vocal can result in a lot more depth or entirely change the feeling of a song even which is really interesting when it does happen. Hopefully we’ll get to do more collaborating with Gabrielle in the future and we’d never rule out shaking up the dynamic a bit either – our baby sister Holly is coming up the ranks too, an incredible singer and guitar player, she’s has a Joni Mitchell / Carole King kind of thing going on which is just out of this world – especially since she’s only 16. We’d love to put out something with her maybe, you never know.

B3SCI: In terms of exposure to potential audiences, do you think that the success of your videos is the driving force of your swelling fan base, or do you think it’s through touring that you turn listeners into fans and create buzz via word of mouth?

H: Yeah its an interesting time for the music industry and I suppose for us we grew up in a ‘digital age’ so a lot of that is second nature to us. When we started out it was very DIY, making videos at home with minimal equipment, but because of YouTube we were able to gain a following over time and some of those people are even still with us so that’s amazing for us. Having a platform like that does really help because people share your stuff with their friends and it can grow really quickly too – in that sense I think it’s important for us to keep doing the videos even if we move in a different direction like with the video for ‘Weapons’ which we’re not even in – we still need to stay true to where we started as well.

A: It’s a bit of both though really isn’t it? Like touring and playing festivals, it gets you out there too and like busking in a way, it brings a whole new set of people in contact with us.

B3SCI: The sound on the ‘Osea’ EP was subtly different from your previous EPs, having a nice bit of a 50’s tinge in my opinion. It was especially present in “Care” and “Second Best”, whereas your new single gravitates toward cinematic; is “Weapons” a reflection of your new exploration of sounds?

H: That’s because it was round about the time Alfie starting dressing like Dick Van Dyke and that had made a major impression on our music – haha no, I’m only messing, that didn’t happen – well he does actually dress like that though doesn’t he?

A: Cheers Harry! Yeah thanks for that! You wont be asking to borrow any of my clothes again then eh? No, in all seriousness I’d hope that people think that the album will show that we can be pretty diverse in our writing – like we have probably settled on a sound that we would say suits us and our voices but we’d never want to be tied down either.

B3SCI: Do you hope to achieve something in particular on your full length that you don’t think you’ve been able to do on the Eps?

A: I think we’ve hit a point, working on the album where we’re really comfortable with our sound and the direction we’ve taken. But obviously the biggest challenge is capturing the energy that happens when we play live and getting that to translate into to the recordings – we’re getting more aware of how to do that with the album I think.

H: Yeah that’s true and I hope also that the album showcases some of what we’ve been through over the last few years, maturing in a way, we’ve more to talk about now, like experiences and life lessons to draw on when writing songs.

B3SCI: If you could put together an album of other bands or musicians (alive or dead) covering your music, who would you pick?

A: Covering our music? Oh god that’s really weird to think about, I dunno actually! I honestly still feel like I should be answering this in terms of bands I’d kill to be on a cover album for – not the other way round – not yet anyway!

H: I think…eh, we already do get people putting up covers on YouTube and stuff and that’s really..really, amazing I guess because that’s exactly how we started and in a way that means it’s come full circle, which is really lovely. Like when someone’s gone to the trouble to cover one of your own songs, its the same feeling, I can’t explain it properly, but its the same as when you’re on stage and there’s all these people singing your words back at you – it’s just, magical really.