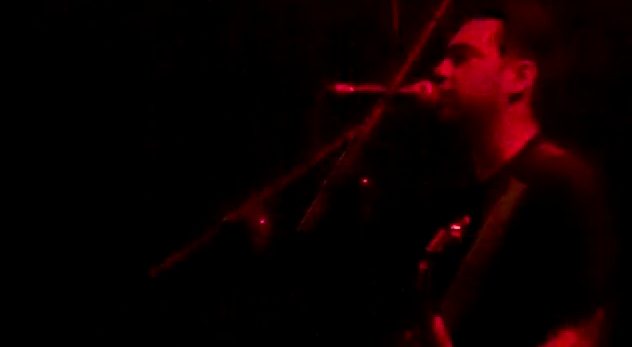 Highlights from the set included the brooding, punchy “Garbage City” and the brustling “Come Alive”. However, Khatib’s superb playing (dude is a beast with the solo skill) and intense quality of performance (Hanni don’t hurt us!) is what stood out most. That, and a shake-you-to-your-insides cover of Funkadelic’s “I Got a Thing”. (Seriously, by the end of the song the bass was beginning to “smoothie-fy” my internal organs).

Hanni means it. Every bit of his band’s hour long set felt real. It’s kind of a hackneyed sort of notion. “The performer was real”. “He delivered an intense set”. Every great, even OK, live performer certainly means it, they mean for something in performance, but with El Khatib you could feel something very special in the type of urgency evident in his set. He has to do this.

Look out for Hanni’s b3sci-recommended debut from last year, “Will the Guns Come Out?” and be sure to make like us and catch his A+ live show when he hits your city.