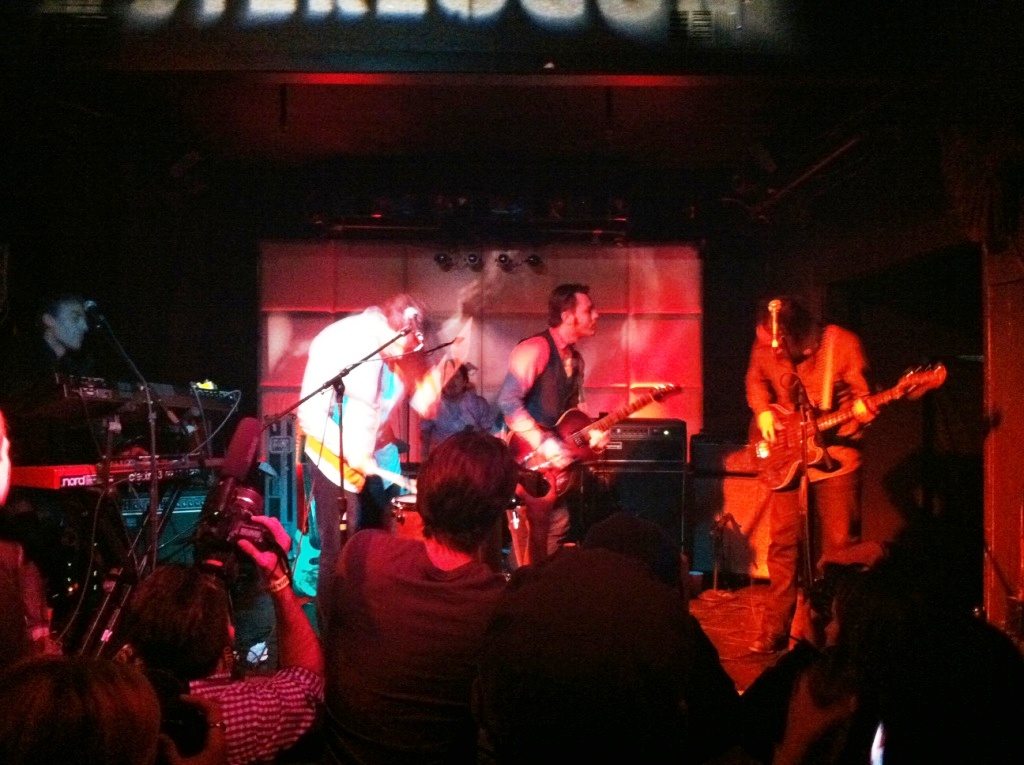 Industry bees were buzzing Thursday Night, December 8th, for Caveman and Races at the Echo. Sponsored by Stereogum and the 2012 Chevy Sonic, there was a certain excitement for the free show w/RSVP, held on the eve of the Echo’s 10th anniversary.

Caveman capitalized on their CMJ momentum with the triumphant CoCo Beware, sure to make many a year end list, that increasingly rare LP which actually requires a wire-to-wire listen in order to uncover its nuance. By switching the set list dramatically from the album sequence, Caveman was able to create a live experience which was no less enjoyable and gave everyone in attendance a greater appreciation for the Brooklyn five piece.

With All Things Must Pass as the DJ preset, Races started their soundcheck. Their demurely rebellious style is KROQ ready with a San Fernando stamp of approval. “Can you pull the guitar out of the monitor? This vocal isn’t right.” Wade Ryff, the band’s vocalist, knows that there’s a lot of potential converts in attendance, and the LA industry contingency always lurks in the shadows. Eventually they get into their first song. It’s an instrumental with a great 60’s sensibility, not from their current EP, and possibly the opener on their upcoming LP, slated for March to coincide with the SXSW season. After about two minutes of guitar solos over bass, drums and red nord electric 3, everyone in the joint was fucking slayed by the majesty of the shredding. We applauded as the vocals commenced.

There’s a lot of buzz surrounding Races. They’re worth every droplet of it. I went in with high expectations and was still blown away by their set. They can go big and emotive like Arcade Fire (their most immediate influence), a quality that not even Arcade Fire continuously possesses. The mic for singer/percussionist Devon Lee was only at 50% capacity, but her back-up vox on “Big Broom” were magical. And I even love “All for You” and its moog filched from a still lost Pinkerton b-side. Like, love and follow Races before 2011 punches its time card, because these cats might be the ones to watch for 2012.

In between sets: I stared at the Chevy Sonic light projection on the wall and contemplated the infamous “Pink Moon” Cabrio ad, the first time a compact car married an “indie” sound and aesthetic. “Some of Them Are Old” by Brian Eno also played (no more Quiet Beatle) as a perfect prelude to Caveman’s set. However, during the second soundcheck, it was revealed by the sound guy that the backing mic would only continue to work at 50%. As a result there were mic problems later on during Caveman’s set, somewhat on “Thankful” and especially during “Great Life”, where the mic feed was especially unfortunate. Other snippets sounded grainy and distorted. So much of Caveman’s music is defined by its gentle undulations, which sounded perfect through the amps for about 87% of the set.

The fact that Caveman was able to rise above these minor sound snafus speaks miles about their innate professionalism. From the set’s first song, album opener “A Country’s King of Dreams”, one of the only songs played in order, with its “There There” hyper percussion techniques, it became apparent that Caveman‘s uniqueness is their most impressive quality. Even “My Time”, a single if there could be one, is a song driven by its uniqueness, a downbeat Feelies for the 21st C. I’d rather not rack my brain to come up with another apt comparison. CoCo Beware sounds so 2011, but it’s one of the least representative LPs of the year. They’re louder than most bands and they’re softer than most bands as well. They played the entire album and one new song with a slightly more populist vibe.

I left the venue equally impressed with both Caveman and Races. Walking out, The Kink’s “I’m Not Like Everybody Else” plays over the PA, originally the B-side to “Sunny Afternoon.” 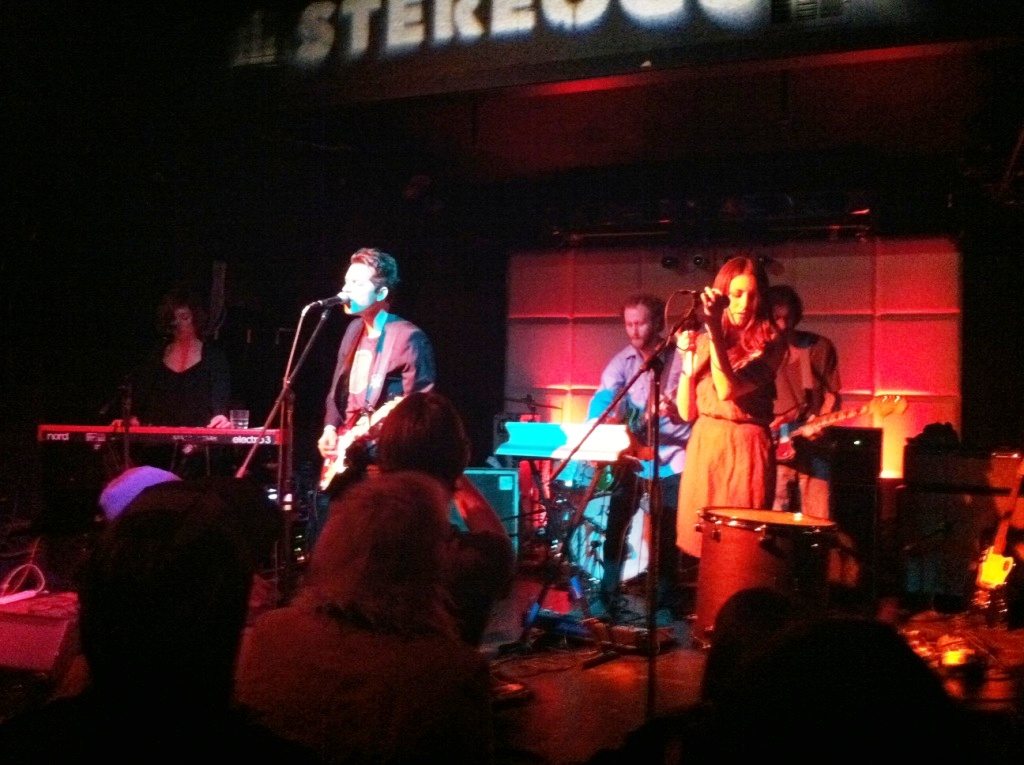 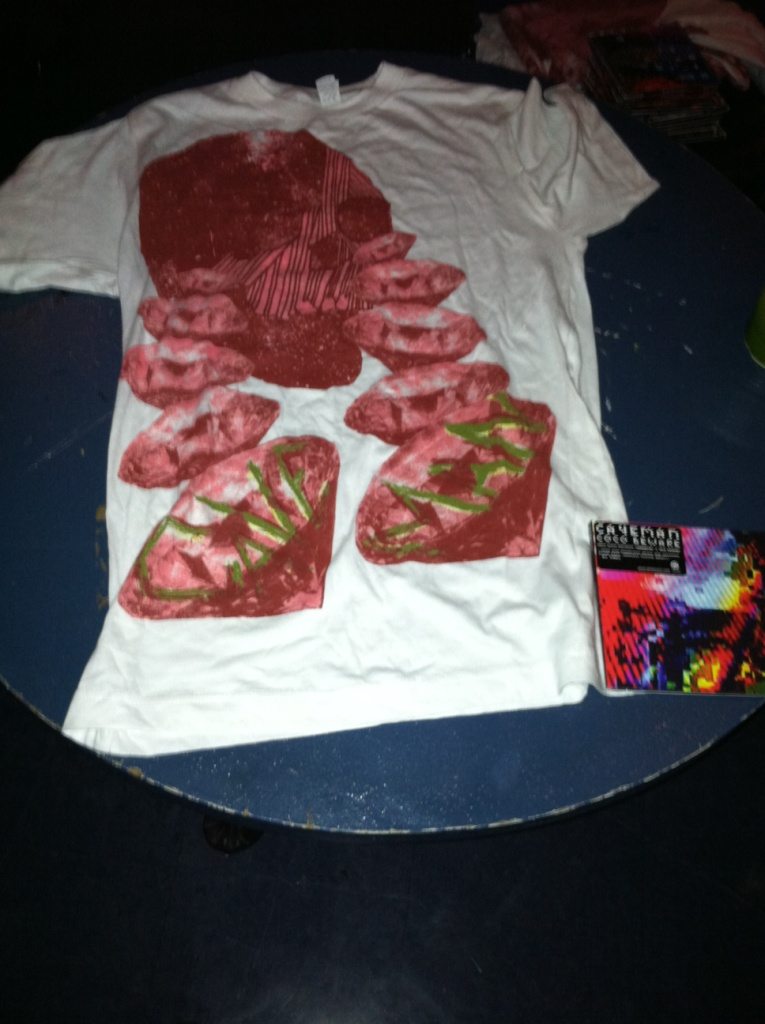