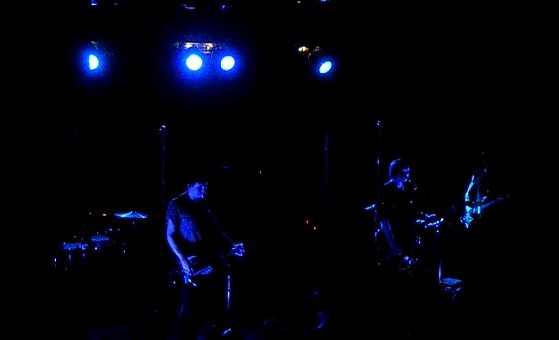 The Raveonettes rolled into Boston’s Paradise rock club this past Thursday blowing out an approximately 70 minute set that featured heavily tunes from the band’s new Raven in the Grave LP. The Raveonettes are loud. Really loud. Maybe it was the venue, the soundman, the soundsystem, or some combination but the band came of extraordinarly loud, at times a bit to the detriment of the material. We heard guitars, we heard distortion pedals, we heard noise and feedback, but, some of the time, we couldn’t hear the voices, we couldn’t hear the songs.

Sune and Sharin were backed up this time by two side men who alternated between drums (both live and electronic) and guitars and bass. The beefed up rhythm section aided in giving the better songs a strong rhythmic punch. 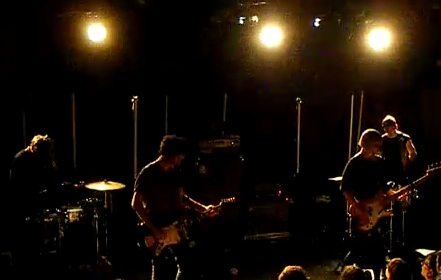 What we’ve heard from Raven in the Grave we love. This slightly darker, slightly shoegazier sound from The Raves plays brilliantly on record. Recharge & Revolt, War in Heaven, Evil Seeds all draw from and synthesize on the best influences and sounds in The Raveonettes universe (MBV, Ride, etc).

Second song “Evil Seeds” was particularly jarring. The bass in the beat just rips into you. The atmospheres of guitar distortion pull at you further. That intersection of emotive interaction (to the music) and an intense physical reaction (to the actual sounds), it was really powerful.

Sharin would give wry smile to Sune or Sune would sort of shake his arms otherwise there was sort of stoicism from the band, a kind of blankness but it sort of worked. You felt pulverized in sort of systematic way, a sort of monolith of sound. It fit. 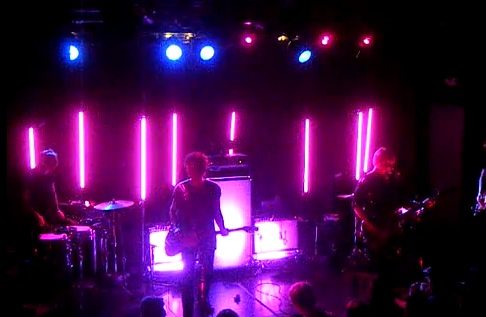 “Heart of Stone”, from 2009’s excellent In and Out of Control, was a highlight. The song bounced, jittered, and shook. Sune’s tuneful picking in lockstep to Sharin’s kinetic bass.

We love The Raveonettes. We love Raven in the Grave. The performance… conceptually, it worked. If a concert experience were solely transacted in ideas, this would have been a great show. Technically (venue acoustics, soundman, mixing, levels, etc) it left something to be desired.