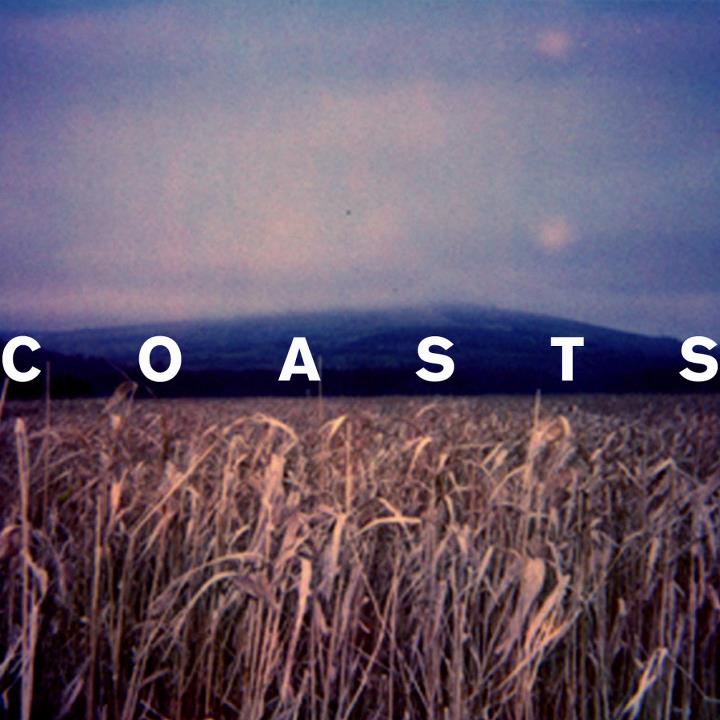 Opinion is split here at base camp re: the effect of Facebook on new music. Zuckerberg’s super-corporation has officially supplanted Myspace as the destination spot for new music discovery; however, popularity is still unfairly and inaccurately measured by the number of “likes” as opposed to “friends”. I’ll admit that I do love the ability to simultaneously connect to a band’s Wiki, Bandcamp, website etc through Facebook. As Myspace was always limited by its interface, it’s Facebook’s intuitive design which allows the listener to scroll through a band’s pertinent info with speed and facility.

I also fall prey to those fleeting advertisements which knock but once, for they often disappear when you refresh the page. Tonight I saw an ad which read (I’m paraphrasing), “Wu Lyf fan? Check out UK’s Coasts.” Since I consider myself an effin’ Wu Lyf historian by this point, I feel obliged to click through, even though I’m under the influence of the Richard Brautigan novella I just inhaled. But Brautigan or not, Brighton’s Coasts sound a lot like Wu Lyf. Here we are late-2011, and there’s this sub-genre of extremely intelligent English rock which looks to America for influence and has vocalists that sound a lot like Tom Waits. Stranger things have happened.

“Drum Song” is a demo which clocks in at 1:59. A fuzzed out radio broadcast in what sounds like Argentine Spanish (Castellano) leads into the performance. The song’s brevity reads like a reluctant invitation from a band which I imagine, like Wu Lyf, is highly protective of their talents. The release date is set for 2013, so Coasts will have over a year to distinguish themselves from the Mancunians’ shadow. But until then, enjoy “Drum Song”. Kinda reminds me of the first time I heard “Tulips”. 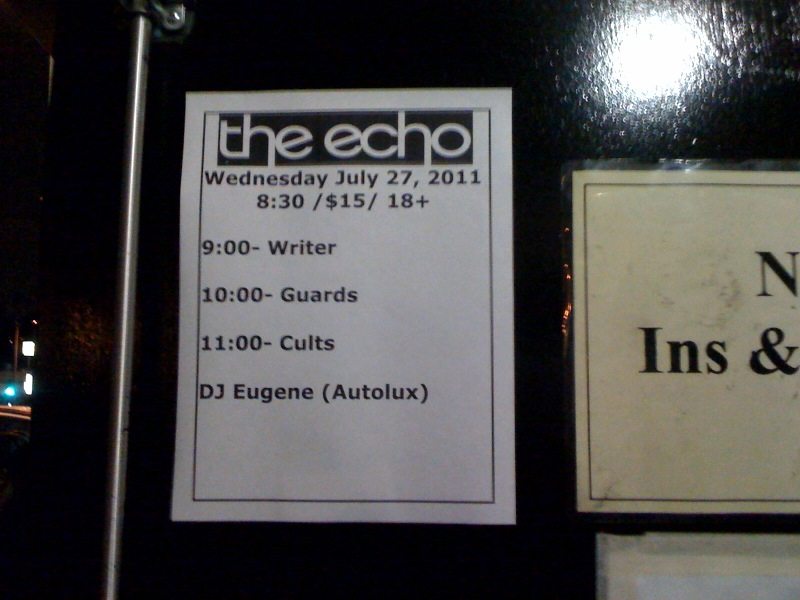 WU LYF on Tues, Cults on Wed? The lineup as of late can hardly get better @ the Echo. I’m sure many folks pulled double duty, but after the grandeur of WU LYF I was looking forward to Cults’ laidback / throwback girl-pop.

After an epic jockeying for a prime parking spot, I entered the venue as opener Guards finished up one of the first couple songs of their set. This five-piece from NYC via San Diego (just like Cults) has got some nice ideas behind them. The clear distinction of quality is unmistakable as they fly into their next song. Guards strike a chord both relevant and classic – they wouldn’t sound out of place on the Freaks and Geeks or Adventureland soundtrack (as opposed to Sixteen Candles). The lead singer says “thank you very much” after each song, acknowledging the symbiotic musician-audience relationship.

Guards have two or three pretty good songs and one great song titled “Resolution of One”. “On a better day, I hope to give it all away” is crooned with this rare sense of nostalgia lacking bitterness. The quick introduction into the second verse and chorus is quite memorable and worth the price of admission. A couple of their tunes sounded too schizophrenic, going from ballad to freakout and back to ballad in 2:40, but “Resolution of One” shows that Guards can channel some very powerful energy when they follow a singular idea from start to finish.

Cults took the stage a little after 11pm. Singer Madeline Follin introduces the band with a bubbly, “Hi! We’re Cults!” then commands the stage with effortlessness. She and guitarist Brian Oblivion started the band while students at NYC – amazing that a project supposedly recorded for friends could be so ‘radio’ ready! The sexy duo tours as a full band and sound A LOT harder live. Comparisons to The Ronettes and The Crystals fall in favor of a Let It Be Spector wall-of-sound.

“Abducted” sounded amazing and captured the hardness of the original recording. “You Know What I Mean” retained its early Motown Magic. The crowd was obviously digging the harder sound, but I think some of their saccharine sweetness becomes lost amidst the lush instrumentation. As a Motown / OBG purist, I’m always relieved when I hear the revival of classic pop music in the year 2011, which the slick production values on the self-titled Cults captures so perfectly. I can appreciate any live experimentation with arrangements and sounds, but with Cults there was little tone-for-tone sameness.

The mark of great musicianship is versatility. The best artists are chameleons and blend into the colors of the chosen genre. By the time Cults played the viral “Go Outside” late in the set, it seemed to me that they’ve already evolved beyond their debut sound. I wouldn’t be surprised if they put out a completely different record next year, but I want Cults to maintain their youthful nonchalance forever. – Chris Gedos

Cults – The Curse (Official) (Bandcamp) Guards – Resolution of One (Bandcamp) 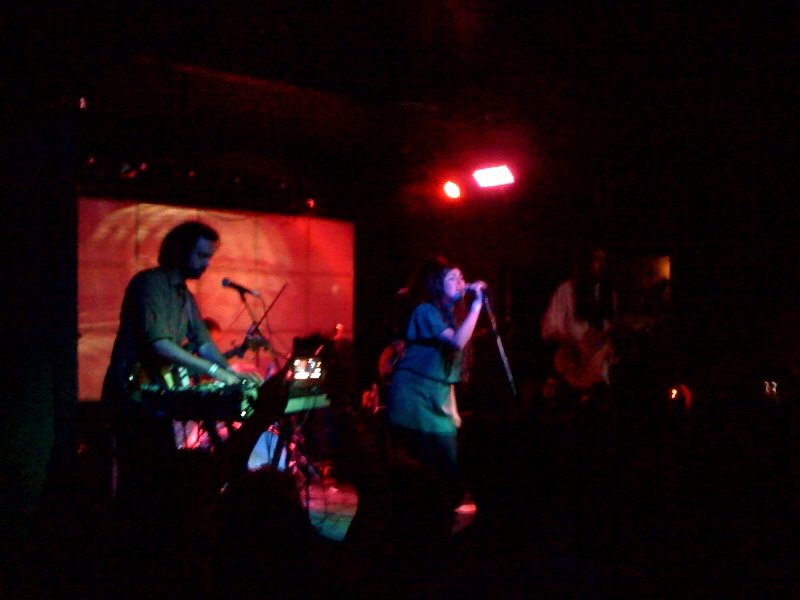 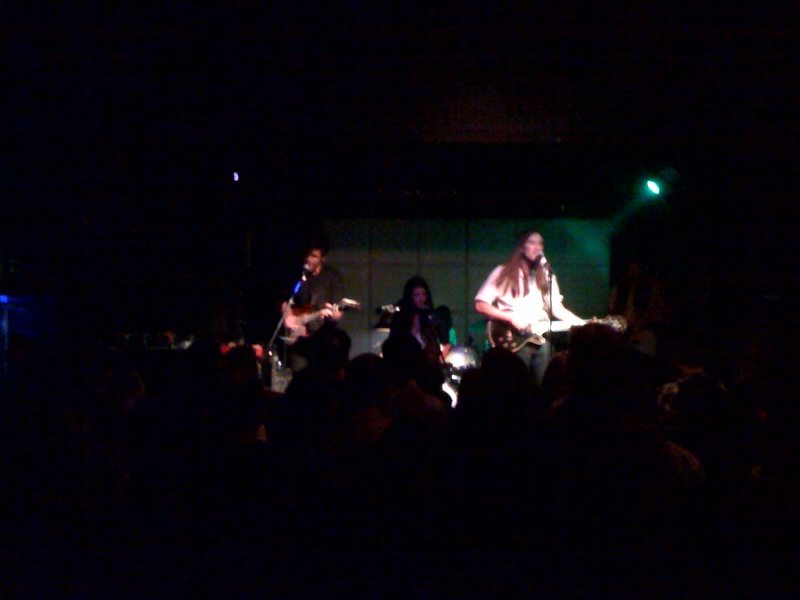 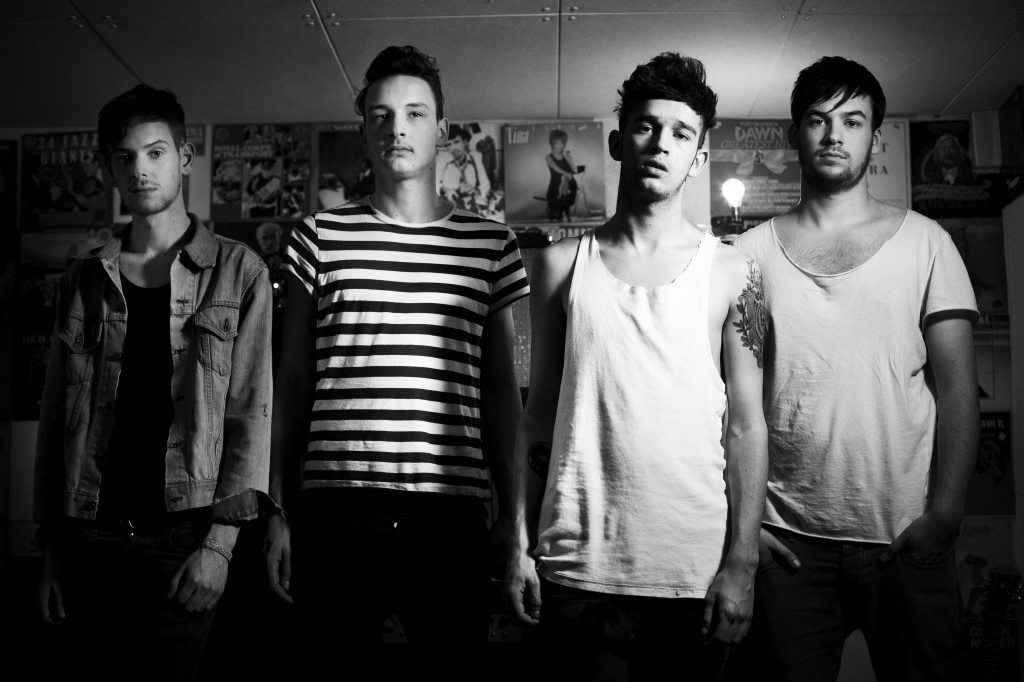 Manchester is the gift that keeps on giving. T H E S L O W D O W N are the latest Mancs to surface from the region and like their recent peers (WU LYF, Airship, etc.) the band seems rife with 00’s American indie rock influence. Here’s one to watch out for. 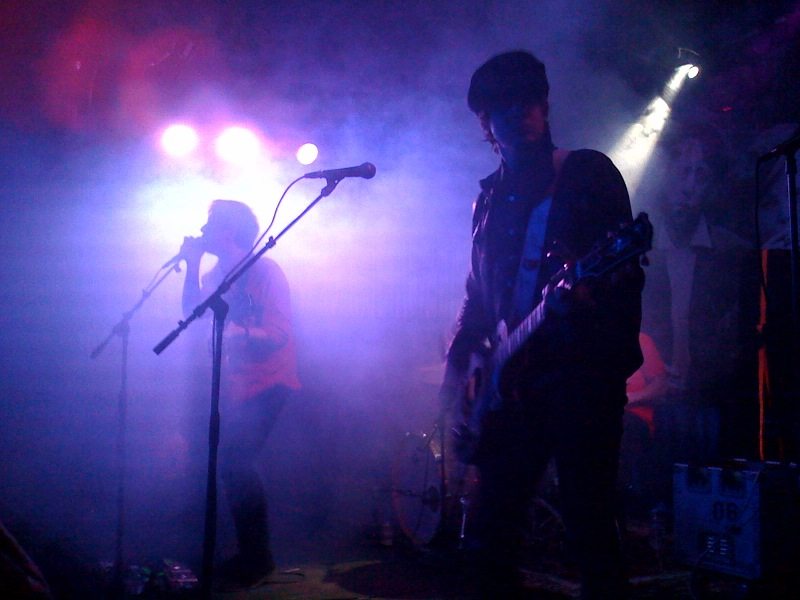 Brother and Useless Keys played The Satellite Tuesday night to roughly 110 people. Airborne Toxic Event played here Monday night to a sold out crowd (check out August Brown’s thorough review here). I’m afraid many concert-goers were too burnt out for double duty. Moreover, Brother only has 3 (or 4) songs online at the moment, which I’m sure factored into the modest turnout. But those in attendance were generously rewarded for their curiosity with a playfully confident 45 minute performance.

I arrived about two songs into Useless Keys’ post-psychedelic performance. I didn’t even know it was them for another three songs. I had to ask the girls at the merch table. I mean it in the best possible way when I say that Useless Keys are all over the place sonically. It’s fun seeing a band this talented still trying to define their sound. Or maybe they don’t want to be defined. The volume is near-deafening as fog envelops the stage. Everybody digs the paranoiac ambiance. Their sound is schizophrenic: Replacements on roids, My Bloody Valentine at prom, Nirvana in LaLa land, early Pink Floyd meets Trout Mask Replica. Only through the marriage of cacophony will such eccentric euphony ever ferment.

Brother hasn’t basked in the “second coming” musical deification bestowed upon The Vaccines and WU LYF, possibly because they’re from Slough as opposed to London or Manchester. Their self-described style, grit-pop, isn’t quite as apt as WU LYF’s “heavy pop”. A more fitting branding for Brother is “hard-jangle”, in honor of XTC and The La’s.

As Brother prepares to take stage, I’m not quite sure what to expect. It’s a battle of cognition versus perception: I know the group to be a very promising foursome, but is my concert-going frequency having an adverse affect on the appreciation value? Am I becoming a part of the creative and jaded LA cross-section I’ve lamented in the past?

My doubt dissipates once Brother takes stage and launches into “Still Here”, which was featured in an April 9th post. The pitch-perfect harmonies have a tinge of adolescent abandon, as in, “We know we sound good and we still don’t give a fuck!” The singer mentions something about his guitar strap breaking and how “half a million people in England might care to know that right now.” (I’m paraphrasing.) I can forgive a healthy level of conceit for a band with this much talent. After all, Rock n’ Roll is a game designed for the young and the precocious, those who understand that each passing moment is the oldest we’ve ever been and the younger we’ll ever be. And Brother, with their charming blend of youthfulness and insouciance, perfectly captures that ineffable spirit.

The songs besides “Still Here”, “Darling Buds of May”, and “Time Machine” were catchy as well, but I’m still not sure if Brother will maintain the uniform quality of their initial public offerings. They could’ve played louder but I won’t nitpick. “Just download the album for free,” the singer quipped. I don’t know how happy Geffen will be if Brother dissuades CD purchases come July, but it doesn’t really matter if the lads from Slough deliver like they did at The Satellite on Tuesday. All interested parties will receive their spoils, creative and monetary, at year-end. 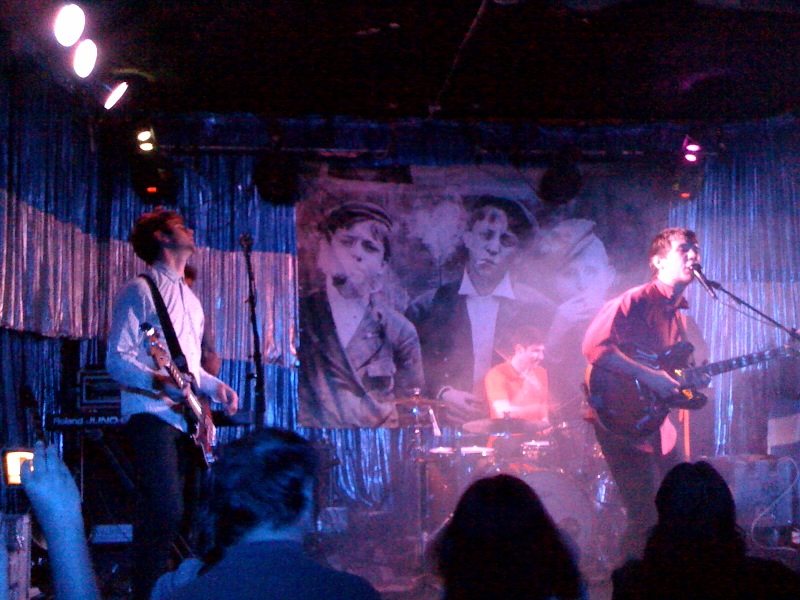 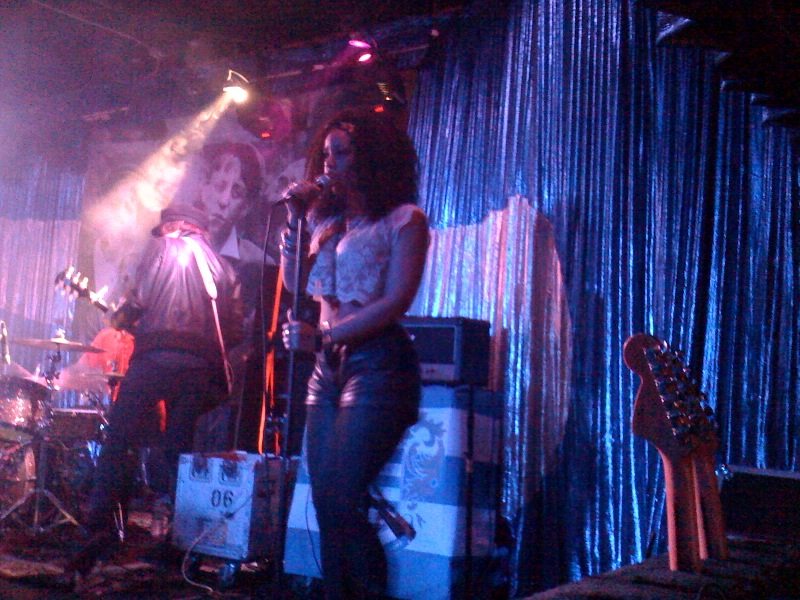 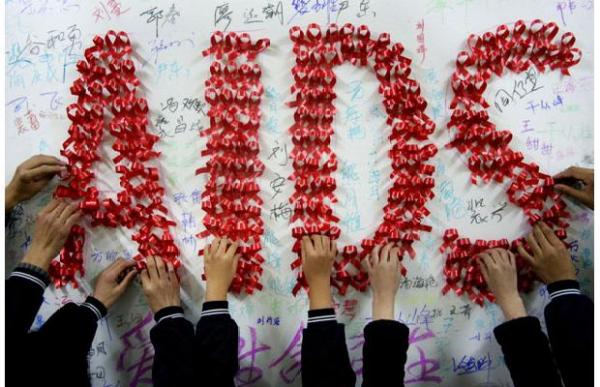 Pulsating backbeat, haunting synths. The beginnings to any great electro track. Indecipherable lyrics either about death or hooking up in the discotheque. This track is so fly I can even forgive the wholly insensitive name Christian AIDS or the equally unoriginal track title, “Stay Positive”. They and indie dopplegangers WU LYF are holding down the Manchester scene in the year 2011. Keep thine ear low to the ground.