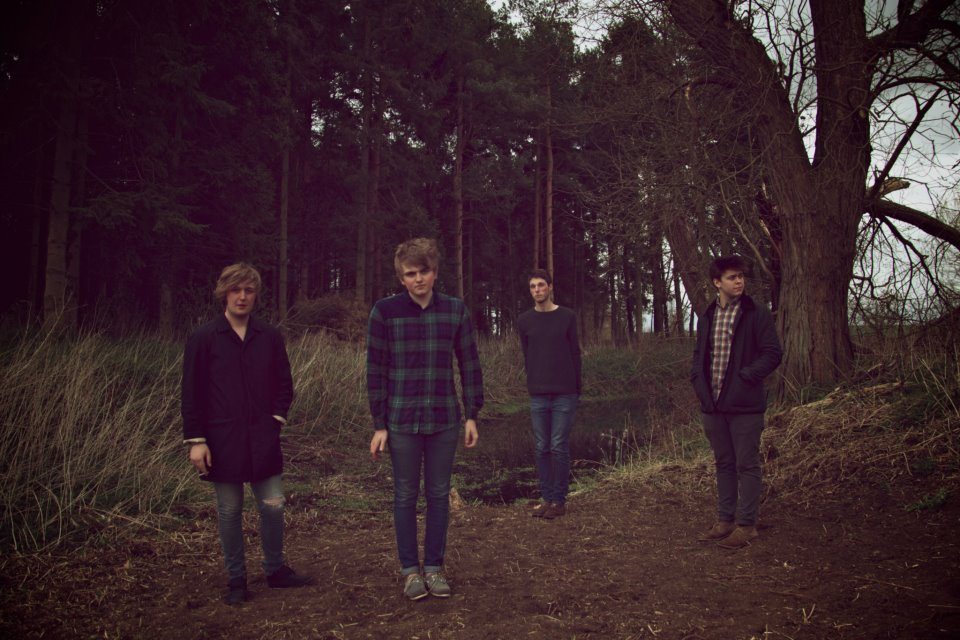 B3SCI: Can you tell us a little about Pixel Fix come to be?

PF: All of us had been in bands or had been involved in other musical activities in the past, so that’s how we all met and got to know each other… At the time, we (Clem and Marcus) were producing electronic music. We had been in guitar-based bands before, so this was just a little project we were working on, but as the electronic music we were making began to progress we thought, why not mix the two together? We were both really into electronic and guitar music, so it probably made sense for us to blend between the two… we spoke to the other guys and we all seemed to be on the same wavelength, so we thought we would give it a go.

B3SCI: With such an array of sounds in Pixel Fix, give us an idea of your live set up, both electronically and acoustically.

PF: It’s a pretty standard band set up, just with a load of synths and samplers that we play live, and about a thousand cables. We try and make our live shows as close to the recordings as possible. Although you can imagine we don’t have the most exciting time setting it all up.

B3SCI: Tell us what it was like to play with The 1975, Disclosure and Everything Everything, three of the hottest acts out right now?

PF: It was great thank you, although the Everything Everything show was a DJ set. We’re really grateful to have had the opportunity, and it was sick to share a stage with them and play to more people than we normally do.

PF: Thank you, that’s very kind. Yeah we guess so; we don’t really think about it when we write though, we just make music that we would personally love to listen to in our own time…. We like to describe it as a load reverb, beats and guitars.

B3SCI: What electro are you currently listening to?

PF: We find our selves listening to Andrea, Luvian, Kadugodi and Stumbleine a lot at the moment.

B3SCI: What rock/pop are you listening to?

B3SCI: How does it feel to have a new EP being released?

PF: We’re feeling pretty excited. We’ve been sitting on these tracks for a while now, really since the band started, so we’re just eager to show people the music we love making. We’re a little apprehensive of how people will receive our music because we just hope people like it. We guess that’s pretty normal though.

B3SCI: We’re hooking you guys up with a ride on our B3SCI time machine. Where are you guys going?

PF: We’re gonna head back to one of the first Woodstocks to see what it’s all about. I bet it was mental.