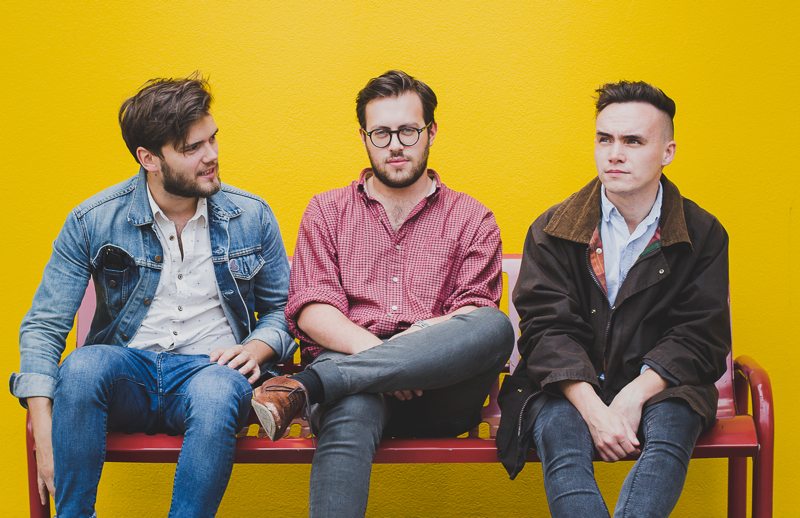 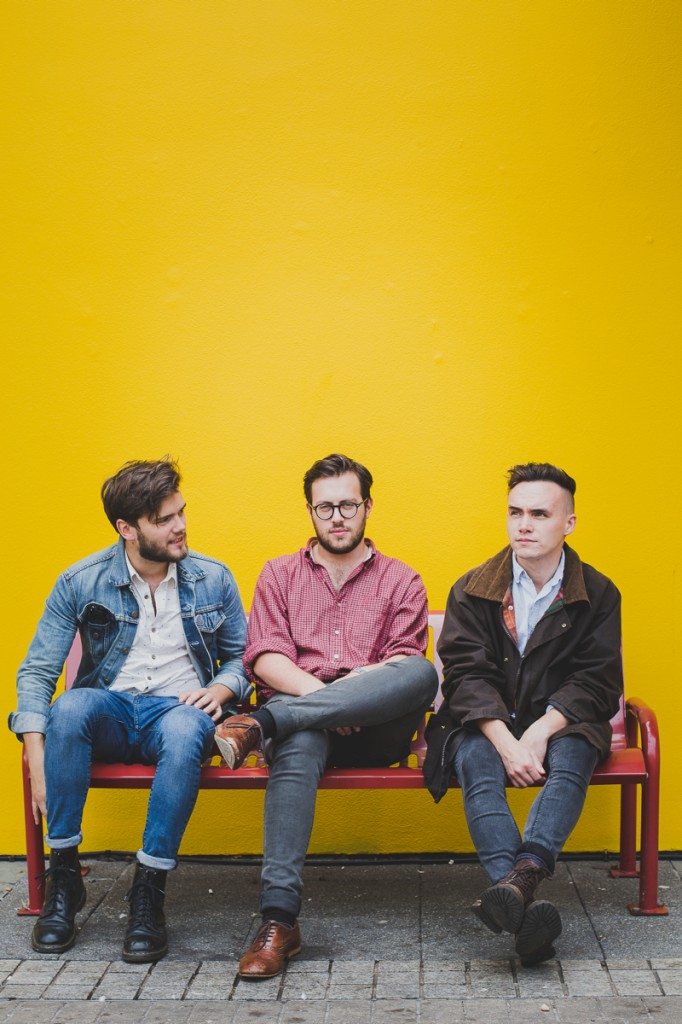 Glasgow trio Prides hit the radar mid-2013 with the anthemic indie strut of their single “Out of the Blue”. Since the band has played only a handful of spot shows as they prepare for the new year ahead. B3SCI writer Cher Dunn recently caught up with the band to discuss their plans for 2014, new music, their Scottish roots and more. Have a look at the chat below.

B3SCI: Glasgow is a city rich with decades of great bands. What was it like growing up Glasgow? What has Prides’ experience been with this cultural music landscape, and the live music scene?

Prides: Actually two of us are from further afield. Callum hails from the far reaches of Shetland, and I (Stewart) am from Stoke-on-Trent. I’m the token Englishman. Lewis is the only real Glaswegian, but there definitely is an amazing history of music. Simple Minds, Orange Juice, Deacon Blue, Aztec Camera, Frightened Rabbit, Blue Nile, the list goes on. Glasgow gets a lot of credit for Scottish music in general, because it really is where bands tend to gravitate, even if they’re not from there originally, and that’s down to the live scene. Not being from Glasgow originally I can honestly say it is in a league of it’s own, gigs are well attended, there are great venues of all sizes, and generally there’s very little embarrassment from crowds. By which I mean everyone just gets mad wae it. Plus its mentioned in an Abba lyric. That’s how you know it’s fucking cool.

B3SCI: Your single “Out Of The Blue” is upbeat, slightly dark, and almost has a classic 80s cinema feel. To you guys, how does the single reflect the sound of Prides now and moving forward?

Prides: Myself and Lewis had been a band prior to meeting Callum, and “Out Of The Blue” is one of the first tracks we wrote with him. It’s really what made us bring him in, change the name, and become Prides, so it’s quite an important track for us. It seemed to really encapsulate what we wanted to achieve, and we’re massively chuffed that people are receiving it so well.

B3SCI: Is there something that inspires Prides most when writing? What are you guys listening to right now that’s inspiring?

Prides: It really depends, anything can trigger an idea. Recently we’ve been listening to Joy Wave, FKA twigs, and Justin Bieber’s Music Mondays.

B3SCI: When you are in the studio writing and recording, is there a work dynamic that you guys have that’s worth sharing? In other words, is there a particular way that you approach your songs in the studio as compared to a live setting?

Prides: We generally work in our home studio at Lewis’ flat, which means me and Callum sitting at the coffee table shouting at Lewis who sits at the desk. We’ll rotate as and when someone wants to get their hands on something. Sometimes myself and Callum will write at the Piano at my flat, and bring idea’s to Lewis. Generally if someone has an idea we hear them out, if we like it, we try it. If not we mock and ridicule them. We are completely honest with each other when it comes to music, there are no pulled punches, but there are also no fall outs. We all want to write the best songs that we possibly can. Although I do have a tendency to get my own way with vocals/lyrics. I’ll bring vocals to the guys to make sure their happy, but if there’s a part I really like I can be pretty unshakeable.

B3SCI: Are there any forthcoming EPs or singles from Prides that fans can look forward to 2014? What is the band looking forward to most in 2014?

Prides: We’re going to be bringing out an EP in the new year, with some singles planned for after that. I think the thing I’m looking forward to most is getting out and playing a load more shows, especially festival season. We were really fortunate this year to get some great festival slots, so hopefully we can build on that this year.

B3SCI: When can fans expect a full-length release from Prides? Is there a name for the release that you can share?

Prides: We haven’t got a name yet, but we have the record pretty much completed! It’ll depend on how well the singles go, but it would be great to get it out next year. We’ll see!

B3SCI: Can fans expect any US tour dates? Any festivals in 2014?

Prides: Well this year marks our first year at SXSW, which we cannot wait for, after that, yeah hopefully we’ll be getting out on tour, and fingers crossed for many more festivals. Pure love festivals.

B3SCI: We’ve been in bands and know that it’s not easy performing live as a trio, but when it’s done right… it’s magic. What made you guys want to remain a three piece as opposed to adding more members and instruments. Has there ever been an appreciation for three piece bands amongst the group?

Prides: We were never adverse to getting more people involved, but once we started playing as a three it just seemed to make sense. It also informs how we write in a really positive way. It’s good to try and keep things focused, and I like the idea that you can always pick out what’s going on. We all come from a youth spent listening to bands like Blink 182, Green Day, Alkaline Trio, Nirvana, The Melvins, The Police, and so it feels pretty natural to have the three of us on stage. Christ, if A-ha can be a three piece, so can we.

B3SCI: When you guys aren’t playing music, what do you do with your time off?

Prides: We live in Glasgow, so an inordinate amount of drinking, golf, and other various stereotypes that we’re quite happy to reinforce.