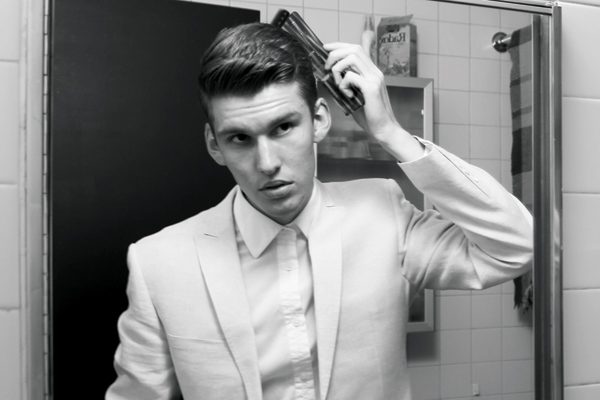 Recording artist Willy Moon will be swinging through the west coast next week for a string of Californian dates in support of his debut album Here’s Willy Moon. It’s not a secret this 23 years old New Zealand native won’t waste time cutting to the chase. With his infectious blend of pop music, Moon’s new 12-song album clocks in at an impressive 29 minutes. As Willy puts it, “I’m a great believer in simplicity and brevity. It’s also down to having a short attention span. I don’t even read books anymore, just short stories.” And who can blame him? The i(z)Generation can relate, just take for example Willy’s placement of the track “Yeah Yeah” in a popular campaign for Apple not too long ago. Brevity is the new communication.

Willy Moon has made noise around the world with his high-energy, genre smashing blend of sampling and singer songwriter musicianship. Don’t miss your chance to see him perform in Los Angeles at the Troubadour on Tuesday, June 4th. B3SCI is giving away one pair of tickets for the show to one lucky reader, [bonus] the winner will also receive an autographed Here’s Willy Moon CD!

To win, simply drop us a line here and mention that you’d like to be entered in the Willy Moon Los Angeles Giveaway. Our winner will be picked at random on Monday 6/1. Keep an eye on your inbox and good luck!

Get additional info on purchasing tickets and other tour dates here.