Interview with Circa Waves 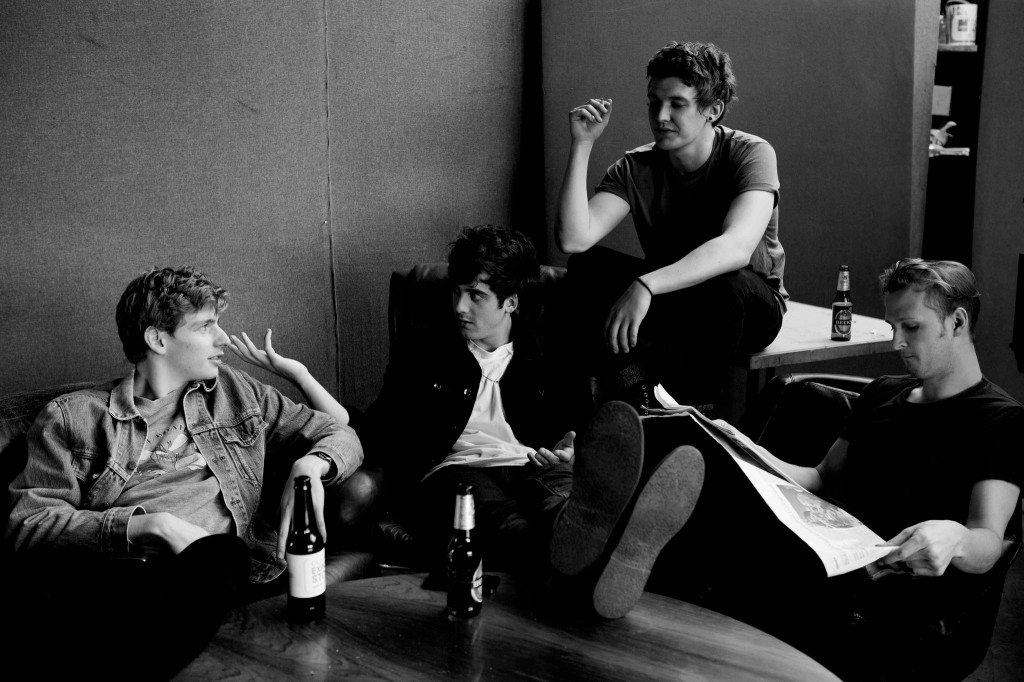 If you still like to rock and roll, then there’s lots (and lots) to love about Liverpool darlings Circa Waves. This young Brit rocker collective know how to jangle their way around a catchy song. Amidst their forthcoming and debut US tour writer Cher Dunn had the chance to chat with band-member Joe Falconer about growing up in Liverpool, their ‘Young Chasers’ EP and forthcoming album, life on the road, and more. Have a look at their conversation below.

B3SCI: Your hometown of Liverpool has been a notable city of great music, tell us what it was like to grow up in the local music scene, as a musician or a fan.

Circa Waves: I moved here about 6 years ago from a small town in the Midlands and the music scene was definitely one of the main reasons I came here. The best thing about Liverpool is that it feels like a big city condensed into a tiny space, so everything creative and interesting coming out of it is happening in a really small area. There’s a lot of independent venues all within a 5 minute walk from each other so it becomes very easy as a fan or musician to become involved and there’s a really strong community spirit. There’s a real diversity to the types of music that people are playing which I think pushes people on to keep trying new things.

B3SCI: When did you start playing music and what made you decide you wanted to try to pursue music professionally?

Circa Waves: I started playing piano when I was really young, but that kind of thing is a very solitary affair which isn’t what I enjoy about playing music. The big thing was when I picked up a guitar for the first time and started to play with other people, and realising that doing that is the thing that’ll make up better. I think moving to Liverpool was my first decision to try and take it more seriously. After that I made sure I played with other people and never resigned myself to a job that would take opportunities away from me, I didn’t want to commit to anything else because I never really saw myself happy doing anything other than music.

B3SCI: So far Circa Waves has released some really strong, upbeat and addictive tracks that seem to have an array of influences. How did the band meet, and what has the writing process together been like?

Circa Waves: We all got together last year in Liverpool. Kieran had just written “Young Chasers” and the rest of us knew that it was something we wanted to be part of when we heard it. The original plan was to give it our best shot, and hopefully (we’d) play at the festival the next year; we managed that, and in the mean time ended up doing things that we never really expected. As we developed as a band, and all brought something to create our sound as a band, we all work on ideas more collaboratively.

B3SCI: You signed to Vagrant Records, an awesome label. How was that experience? What are you most excited for with the release of your self-titled EP this year?

Circa Waves: We’re stoked to be signed to such a cool label, the thing we’re most excited about is getting the opportunity to play shows in the States and tour around, it’s something we’ve been wanting to do for a long time.

B3SCI: When can we expect a full-length album, and where did the band record?

Circa Waves: The album is going to be coming out next year, we spent 5 weeks down in London recording it.

B3SCI: You guys seem to be touring non-stop. Tell us some of most memorable moments while on tour and what you look forward to with your upcoming UK tour.

Circa Waves: Because touring is mainly spent in the van, the secret of staying sane is trying to make the most of each place in the shortest amount of time. If we have a couple of hours before a gig we’ll try and walk around a city and see something worthwhile and then afterwards we go find a bar and drink something worthwhile. Europe has been great for that even if you risk wandering around desperately trying to find a cab at 4am in an area that may or may not be a shady part of town.

B3SCI: What has been your favorite city on tour and where would you like to go?

Circa Waves: At the moment we’ve yet to go out of Europe, but we’ve got some dates lined up in Japan which I’m really excited about. I really love Berlin too, we were there for Record Store Day and played a couple of gigs. It’s one of those cities where you can feel like there’s something going on, everyone there has a really accepting and creative mind set.

B3SCI: How has the festival circuit been for you so far? Have you had any memorable moments?

Circa Waves: Festivals have been a great experience, the crowds so far have been amazing. The first one we did at Best Kept Secret was one of my favourites; we didn’t know what to expect when we showed up but the reaction was great and the crowd put so much energy into it throwing each other.

B3SCI: How do you pass the time while traveling on tour? Is there anything you are reading or listening to you can recommend to your fans?

Circa Waves: Sleep. Read. Listen to Music. Play Fifa. I’m currently reading a biography of a Indian Mathematician called Ramanujan who grew up in a remote village and came to England to study and then went home to die a tragically young death. It’s a good van read, but sometimes the drier bits of the book coupled with the movement of the road make me real sleepy.

B3SCI: What are your goals for the rest of the year?

Circa Waves On Tour