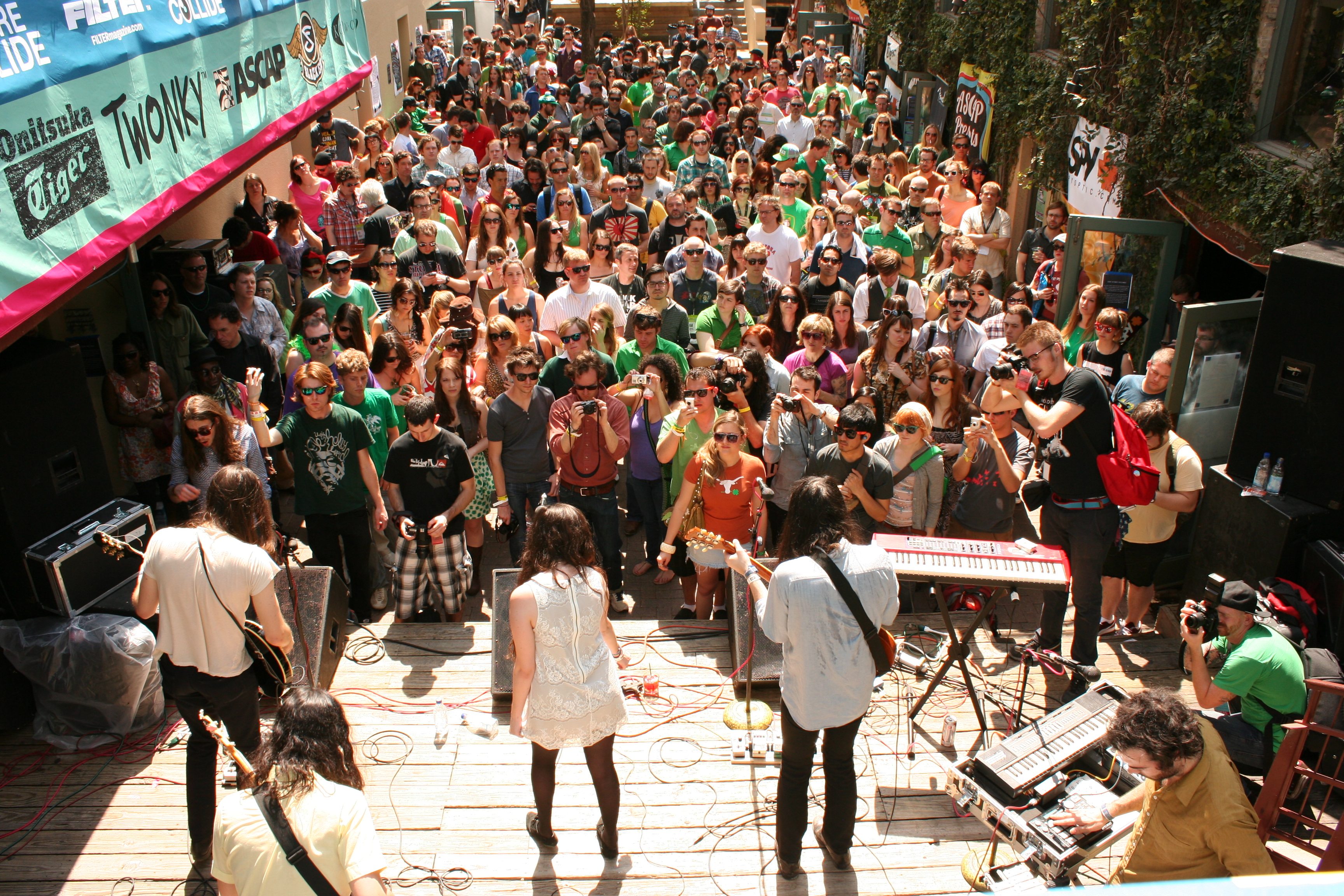 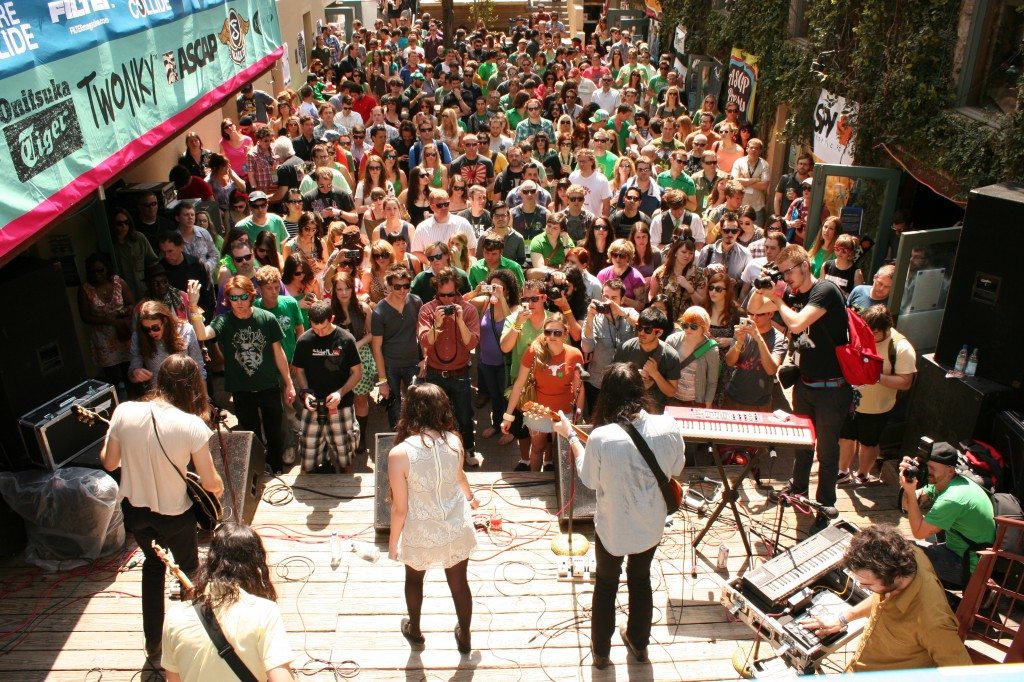 We arrived during Cults set, and caught a band often too overlooked on last year’s ‘best of’ lists. But not by everybody, “Go Outside” was recently re-released through Columbia. Judging by their set, and if we were gamblers (and a gentleman never tells), we’d bet pretty handsomely that you’ll be seeing a lot more action from Cults in 2011. 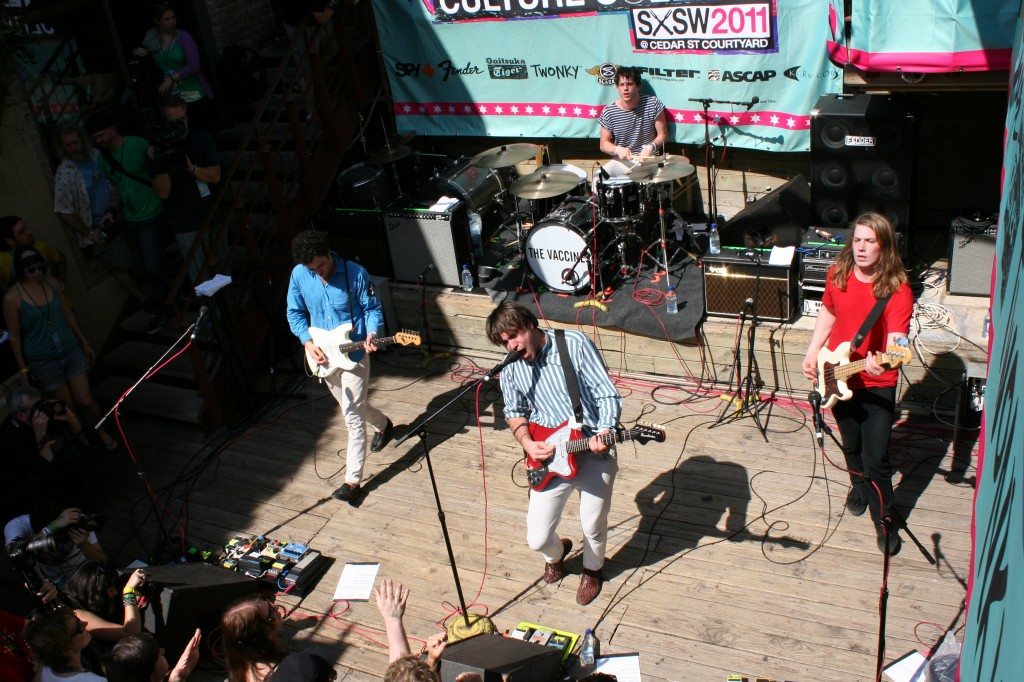 The Vaccines set was full of energy, fast-paced, and over before you knew what had happened. It says a lot when a band with a set full of short-running songs can so captivate their public (their first single runs only 1:24 long). With catchy hooks and melodies on songs like “Blow Up” and “If You Wanna”, they impressed a courtyard of eager listeners. “Wreckin’ Bar” killed. “Post Break Up Sex” had us popping around. The set was kinetic and fun. Pay attention, kids, cause The Vaccines are definitely a band to watch out for in 2011. And stay tuned for an exclusive b3sci interview with the band backstage after their set. And yes, the interview is about 50% talk about penises. C’mon what did you expect? 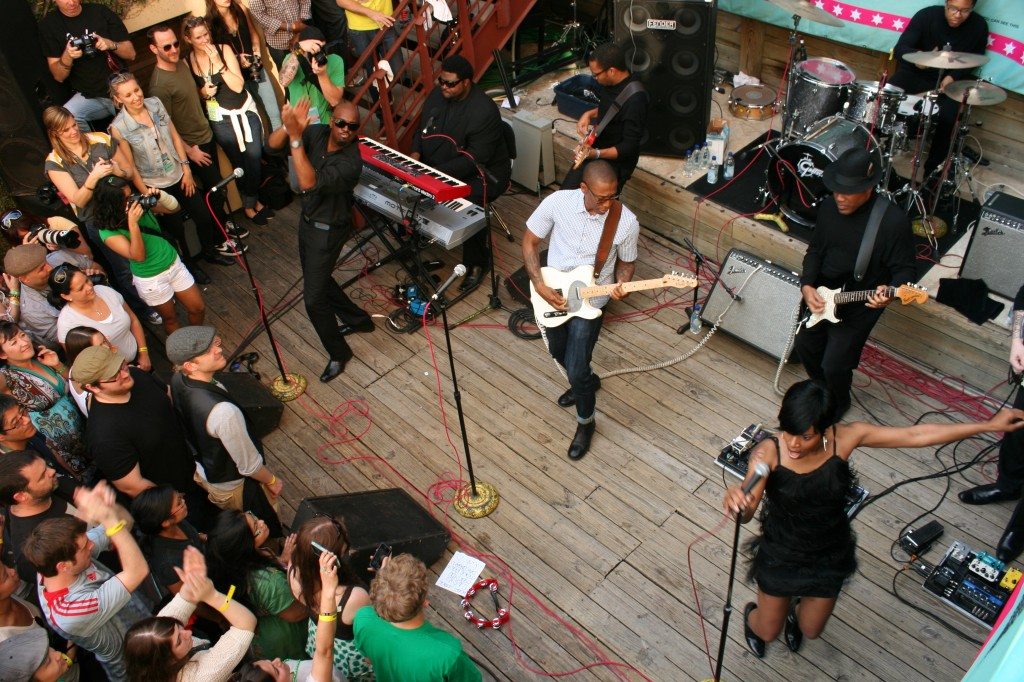 If you know b3sci then you know that we are BIG fans of Raphael Saadiq, so suffice to say we were pretty excited to see his set next. We’d missed him at Stubb’s the night prior but left the performance at Cedar Street impressed nonetheless. Strongly rooted in jazz, blues, and R&B, Saadiq gave a performance that was funky and full of soul, mixing influences from greats like Chuck Berry and James Brown. Saadiq’s band was great. Consisting of a drummer, a bassist, two guitarists, a keyboardist, and two excellent backup singers, the Saadiq band provided a proper foundation for his sound. The pocket was tight, the harmonies were on point, and the vibe was right. Material wise, we heard a collection of new tracks from Saadiq’s forthcoming studio album, Stone Rollin’. What we heard was really really good. More of that 70’s soul inspired sound we’ve heard in singles “Good Man” and “Radio” with big beats and huge hooks.