Interview w/ Eliza and the Bear 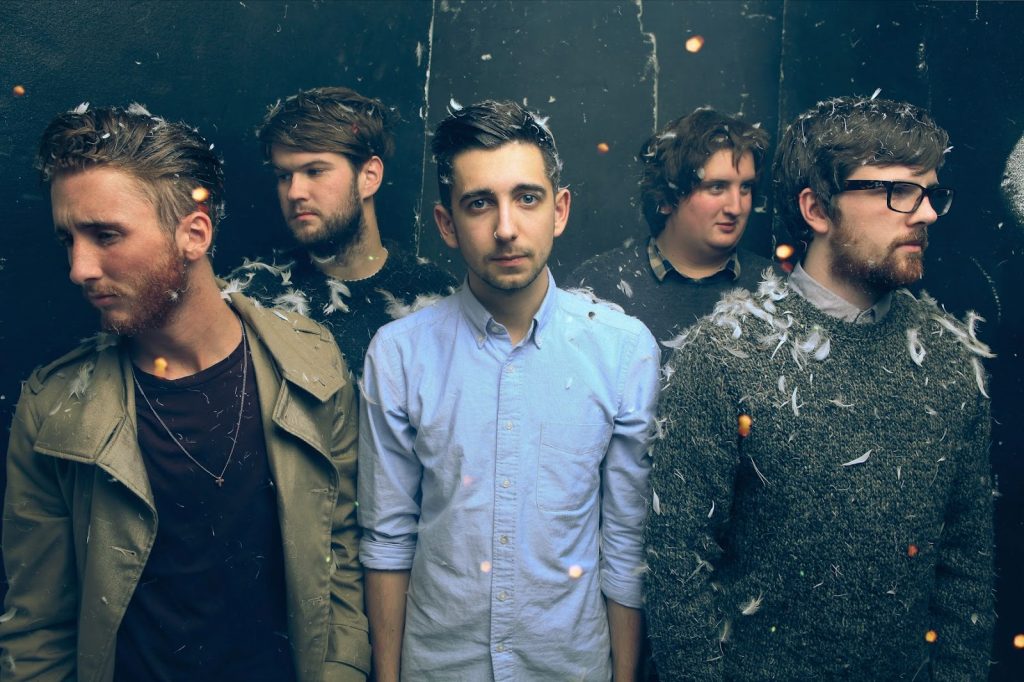 London quintet Eliza and the Bear have conjured up a delectable new AA single for the indie folk/pop/rock enthralled. The insatiably melodic Upon the North / The Southern Wild sees release later this month on February 25 via Generator. We recently caught up with vocalist James Kellegher to talk about songwriting, a debut album, Justin Bieber and more. Check it out below.

B3SCI: How did Eliza and the Bear come to be?

EATB: We’d all played in bands that had crossed paths once or twice. Paul, Martin and Chris were all quite local to me (James), Callie and I were in bands together. These bands ended for one reason or another and most of us decided to have a good break from all of it. There was a point in time, boredom set in and we decided to go back and write music that we wanted to hear and to keep enjoying it. We recorded our first demo “Trees” in Paul’s bedroom studio, with absolutely no plans to tour or do much with it. Eventually it became apparent that people enjoyed it, so we thought we’d better write some more songs!

B3SCI: The band explore a variety of eclectic rhythms and cultural folk and rock styles. How would you describe the musical cauldron of Eliza and the Bear?

EATB: It’s certainly a busy cauldron! We all have musical tastes that differ from eachother, but there is a overlapping section that we all agree upon. We are constantly listening to new music and branching out into different genres. We aren’t really afraid to stray from the path a little bit, which I think can limit some bands, if you think too much about what you “can’t” do, you may lose your spark. Most importantly, don’t force it, if we find ourselves trying to force a song to work we usually put it to bed for a few months and then go back to its core.

B3SCI: Speaking of various influences, how about sharing a few guilty pleasures? Any surprises with your main influences?

EATB: This band are FULL of guilty pleasures. We are all hoping to go and see Justin Bieber on his UK tour and maybe One Direction! I don’t think our main musical influences are that surprising, but they don’t particularly sound like us. Bands like: Sigur Ros, Radiohead, Coldplay, The Maccabees.

B3SCI: Much of your music feels colorful, showcasing strong range, restraint and dynamic all without saying too much. Is this a conscious effort and in any case how do you want people to feel when they hear an Eliza and the Bear song?

EATB: I don’t think its too much of a conscious effort. I think if there is a vocal line or piano line that we particularly think will stand out on its own, we will use it. I have an inability to sing about anything overly happy, so I think it’s a nice mix with the upbeat music. I think the music has quite a grand sound, it’s quite euphoric in places but we like to expose the delicate nuances of the song as well. It makes me feel nostalgic, so I hope that comes across to listeners.

B3SCI: Your upcoming double A-side / 7″ for “Upon the North” and “The Southern Wild” beckons the obvious juxtaposition curiosity. How do Eliza and the Bear see the roles of ‘North’ and ‘South’?

EATB: I think in these songs “North” and “South” play a similar role in the way that they are a direction to choose. Almost an escape/new start.

B3SCI: The single drops on the 25th of February. How will Eliza and the Bear be spending their days leading up to its release (besides sleepless nights of course)?

EATB: On the 25th we start a short tour, so I’m sure we will be keeping our minds active in the rehearsal studio. Making sure everything is ready to go!

B3SCI: What role does the live show play in the overall Eliza and the Bear experience?

EATB: I think the live environment is very important for bands. A lot of people will hear your band live before anything else, so you have to be tight. For our shows, we make sure we just enjoy ourselves and I think that can be contagious to an audience.

B3SCI: When will fans in the United States get their chance to see Eliza and the Bear? Is SXSW on the horizon?

B3SCI: When can fans expect a full length release?

EATB: We are currently writing and demoing for a full length, so we are looking forward to getting into a studio at some point this year to start work on it!

B3SCI: When you guys aren’t making music, how do you bide your time?

EATB: We all still have dayjobs right now, some of us work in schools/colleges and others are labourers. If we aren’t at work, we are either sleeping or practicing!

B3SCI: In fine tradition as now B3SCI interview alumni, we’re hooking you guys up with a free ride on our B3SCI Time Machine… Where/when are you guys heading?

EATB: I think we all want to go back to the 1920’s and be gangsters running an alcohol factory. (Yes we watch Boardwalk Empire!)

Eliza and the Bear