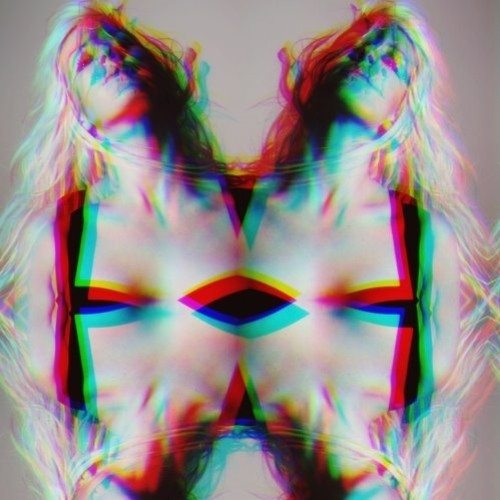 The girl Ellie shows out for all the Alt-J fanboys and fangirls on the interwebs with this 100% spotless vibed-out sax-featuring cover of “Tessellate”. 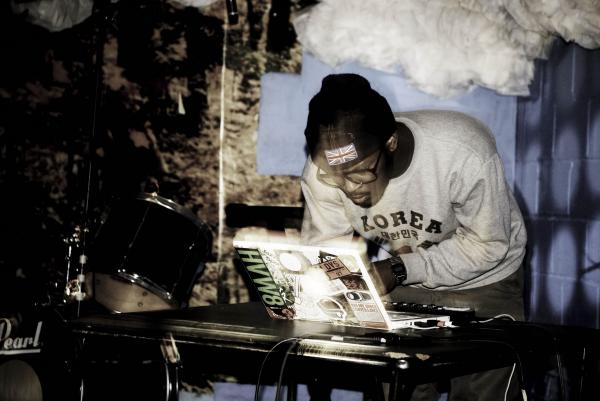 We just got smooth and sophisticated w/ Knxwledge and his sax positive waterbed-wave spin on N.E.R.D.’s (& Kanye & Lupe & Pusha T) “Everybody Nose”. We’re riding those waves. 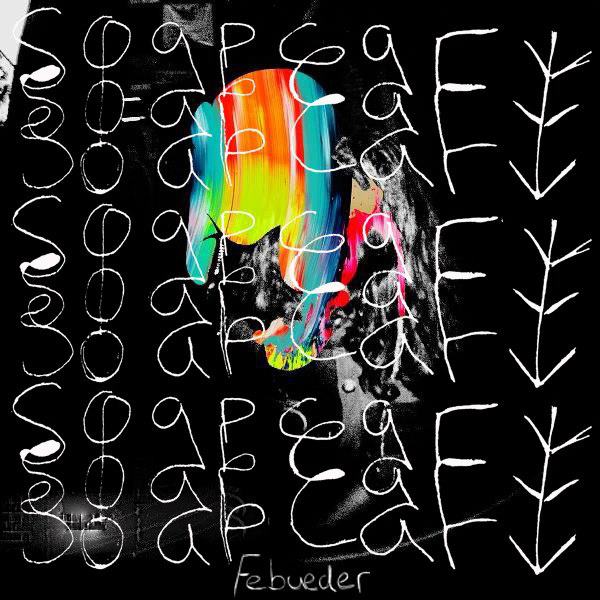 It’s somewhat disappointing that (according to the bands biography at least) there is nowhere else to go from here, as Febueder “squeeze that last succulent drop out of drum, bass and guitar” music. They may well be right, who knows, but at least we can take comfort from the fact that they are doing their utmost to make that last drop an interesting one. “Alligator” draws from so many genres & sounds and genuinely succeeds in producing something deep and pleasing. It’s taken from their forthcoming EP Soap Carv and if their predictions are correct then surely it would be wise to listen up, just in case? Review By Nathan Hetherington 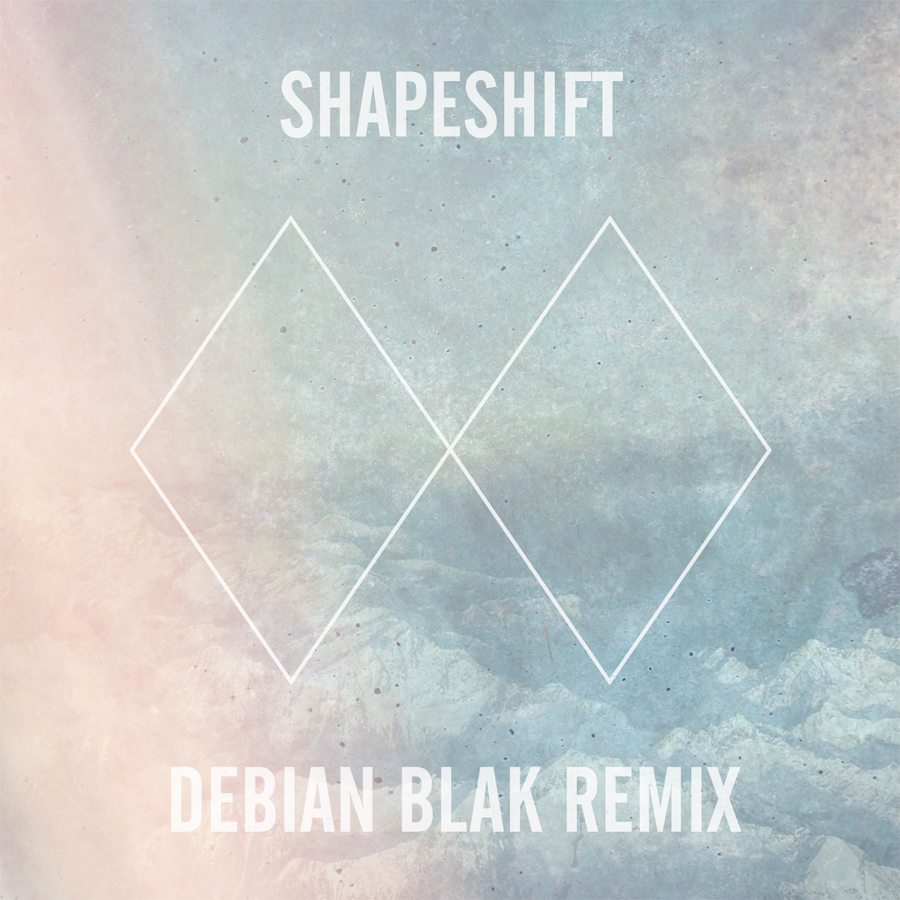 Leeds UK producer Debian impresses again with soulful space garage of his new remix for Mt. Wolf. The original track for “Shapeshifter”, a slow-grooved alt-R&B-ref’ing bit of indie pop, is nice enough for sure; here, though Debian completely flips the total complexion and feel of the song switching in a unique & slightly vibed interpreation of the current UK garage sound without turning the track into some sort of cliche. Very well done.

Temples debuted with their fine single “Shelter Song”, which led people to wonder whether the UK “neo-psych” band would be able to follow-it up. The answer is a firm yes with “Colours to Life”, their new single which offers a haunting and melodic retro feel. Temples dazzled audiences during a couple of unannounced gigs at last weekend’s Great Escape festival in Brighton, UK. They play great live. It doesn’t hurt that they all look like stars, with lead singer James Bagshaw featuring a perfect Tommy Bolan hairstyle. They’ve got some more stellar songs as well, so Temples have a serious shot. By Bruce Rave 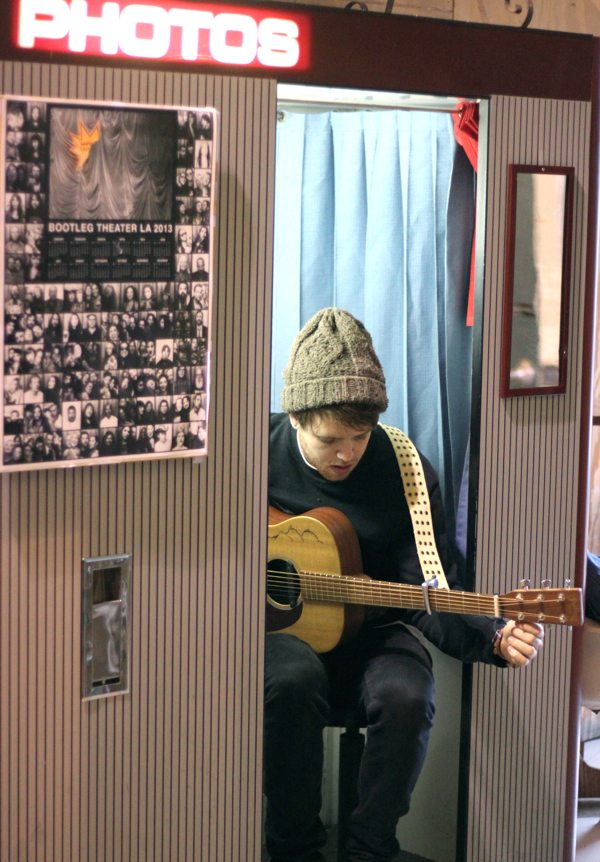 We linked up with York UK-based singer-songwriter Benjamin Francis Leftwich while he was in Los Angeles this past winter kicking off his debut headlining U.S. tour. We had the very distinct pleasure to capture a couple exclusive performances; including “Maps” filmed on the inside of a photobooth as well as an impromptu performance of “Break The Day Open” from his In The Open EP.

Since wrapping his last string of European tour dates, Ben has been recording and prepping the release of a new album. We can’t wait and we will definitely keep you posted but in the meantime enjoy our B3 session with Ben Leftwich below.

HAERTS – All The Days 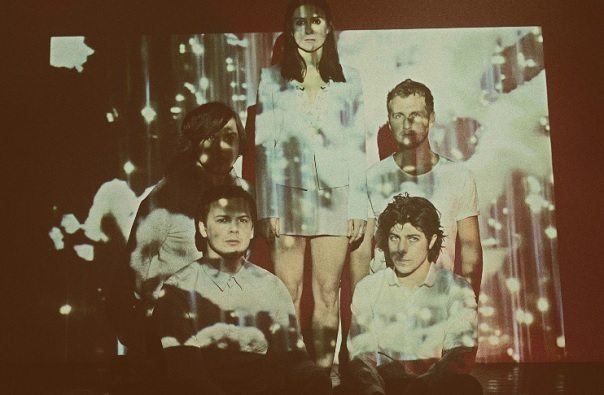 B3 Team favorites HAERTS (mind yr A’s & E’s) come up aces on the sweeping and cinematic indie-pop-performed-at-the-edge-of-the-universe “All The Days”. Get psyched, people!

*Also be sure to check out our interview with band during SXSW 2013 here. 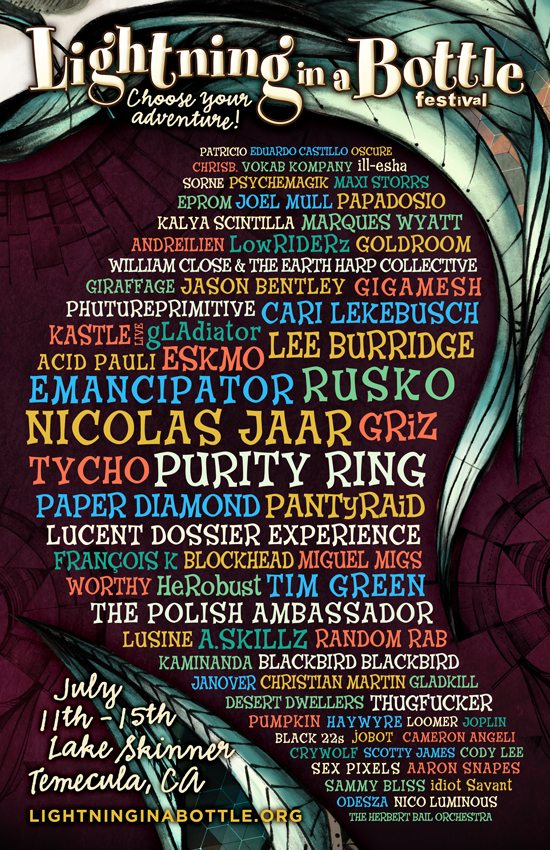 As June approaches, the heart of festival season slowly creeps closer. Music and art lovers will flock to parks and open fields to experience the massive movement that is the new age music festival. What was once just a rotation of bands on one stage in an open field, has now turned into a multiple day experience of music, art, culture, food, etc. Just think, fans all over the country can literally plan a cross country road trip and incorporate a music festival into almost every major city if they like!

For us here in Southern California, we are blessed with both great land and weather making it practical for an abundance of festivals. One festival that stand outs for us this year has to be Lightning In A Bottle at Lake Skinner in Temecula, CA. The experience begins July 11th and will end July 15th, and with so much going on during this eco-friendly music and arts festival, I have already started mapping out a game plan.

Here are my top 5 acts (in no particular order) to not miss and my top 5 activities (non-music) that make this festival a unique and don’t miss experience.

Tycho – This festival seems almost like what Tycho, Scott Hanson, would throw himself. Meaning Tycho’s heavy reliance in rolling the whole aesthetic of music and art into one beautiful object. Fans swear by Tycho’s live performance and the 2011 release Dive is a go-to album for any new fan of ambient, downtempo, electronic music. Needless to say I am excited.

Giraffage – Charlie Yin will arrive at Lake Skinner after coming off some pretty incredible tours throughout Europe and the US. Don’t fret, no matter how many gigs he plays, he will always throw down. Having seen Giraffage play the B3SCI showcase at SXSW this year and from checking out the videos of his recent shows in Europe, I can attest that he is one not to be missed.

ODESZA – The combination of Catacombkid and BeachesBeaches = pretty incredible music. This well kept secret from the Pacific Northwest will show those who have a thirst for new music that they need to be a topic of discussion before, during, and after Lightning In A Bottle.

Purity Ring – These guys are a well-called last minute addition to the festival line up! The Edmonton duo of Megan James and Corin Roddick will be all over the United States for the festival season this summer, but it’s this stop near San Diego that we’re most excited about. The 2012 head turner Shrines exploded all over the internet and when releasing their cover of Soulja Boy’s “Grammy”, the site with the download link crashed. Another great characteristic fit with the festival, Purity Ring’s use of lights is mainstay of the duo, more specifially with Corin’s drums.

Nicolas Jaar – There is too much talent at Lightning In A Bottle, and these are all my top 5, but Bronx born Nicolas Jaar should be on everyone’s list. The 23 year old producer has an incredible rap sheet of remixes, singles and buzz from all over the globe. I still can’t get “The Ego” out of my head since it was released this past November.

Greeniest Festival – Lightning In A Bottle prides itself in a lot of things, but being one of the most green festivals in the world is something to be proud of. Every time I leave a show, I always look around at all the trash everywhere and it reminds me of the end of Wayne’s World 2. While Lightning In A Bottle is not only like Wayne and Garth helping out their naked Native-American friend, it is also an educator on how to help keep the Earth clean.

Free Filtered Water – If I may vent for a moment; Why is this so hard for other festivals to do? Is the $5 bottled water mark-up too sexy to pass up? Lightning In A Bottle doesn’t care, they have feelings for their patrons and understand their need to be taken care. Is this genius or should I just say common sense?

Interactive Art and Installations – Music incorporates art already and Lightning In A Bottle plays an even heavier role in the visual arts (The Do Lab puts on the festival, and should you expect anything less?). These interactive and massive art installations are a big pull for some attendees, and icing on the cake for others.

Lake Skinner – The park itself is awe inspiring. Lake Skinner is a very popular camping stop in Southern California. It is home to the Solar Cup (eco-boating competition) and the Temecula Valley Balloon and Wine Festival. The festival location was recently moved here, and I think for the better.

The Temple – A designated area to do yoga, drink tea, meditate, listen to worldly music and eat incredible organic food in the midst of a music festival. If free water wasn’t a great idea already, this is brilliant.

Eli Mardock – Everything Happens for the First Time 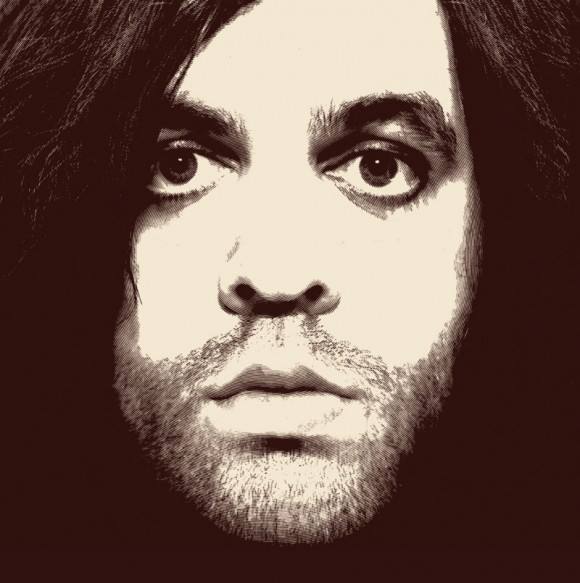 NYC singer songwriter Eli Mardock rejuvenates new life into the Arcade Fire-like indie rock orchestration we’ve heard lax so many times before. “Everything Happens for the First Time” is the title track from his forthcoming debut album on Paper Garden Records which recently premiered via Virgin Mobile. This track is just begging for our next road trip spin, windows down required. We’re into it. Have a listen and sing-along to “Everything Happens for the First Time” below. 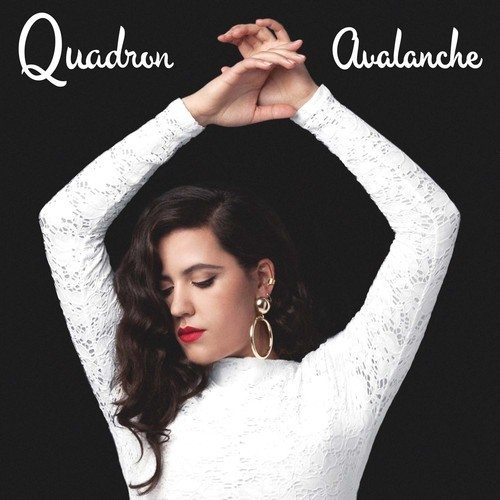 Oooh baby. B3 all-time faves Quadron break off a little something for you and yr boo to slow dance to with the new Kendrick (!)-featuring “Better Off”. It’s about to get very sexy on this blog. 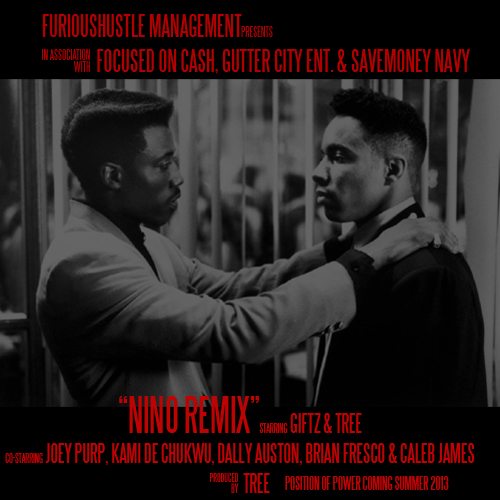 Giftz and Tree grab a few of their brahs (incl. faves Kami de Chukwu, Joey Purp & Dally Auston) for this posse remix to their track “Nino”. “I took her home and I enjoyed that”, the Rick Ross “UOENO” verse shots continue to pour in (maybe the fourth or fifth one this week) and could conceivably be a genre unto themselves about now. p.s. “Nino” samples a B3SCI consensus all-time favorite track in Tammi Terrell’s “All I Do Is Think Of You”. 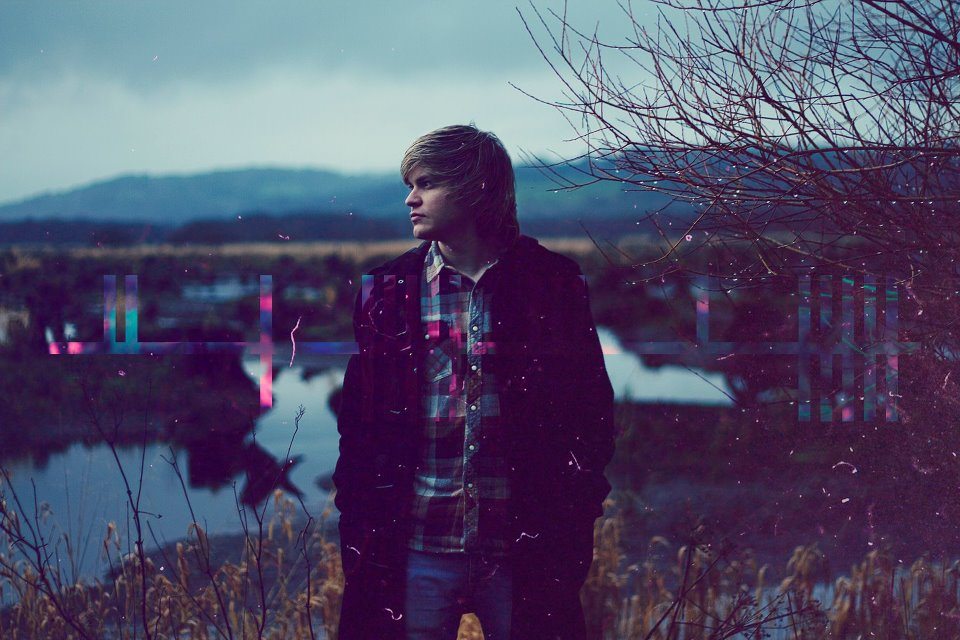