Rave’s Fave: The Struts – Where Did She Go 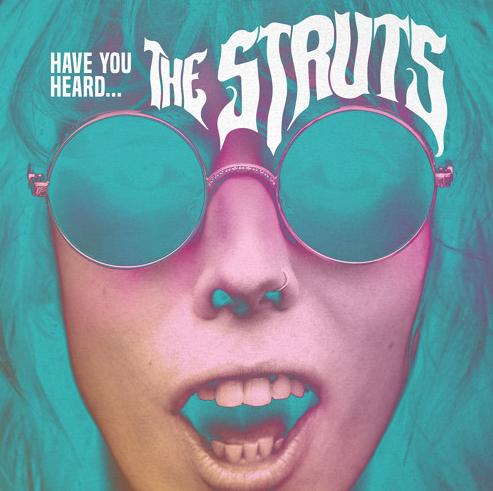 As of late, a few bands have been adding some edge and energy to what has been a light and pop feel to American “alternative” radio. One of these bands is The Struts who have a national airplay hit with “Could Have Been Me”. They channel a heavy 70’s British glam feel, and singer Luke Spiller has made no bones about Queen being his favorite band. He sounds like Freddy Mercury much of the time and even has the early Mercury hairstyle. The band got its name because of Luke strutting around the stage even in rehearsals. A deeper track from them is the rollicking “Where Did She Go”, which reminds of monster 70’s Brit bands like Slade. They will be touring the US this fall. Check ‘em out. Reviewed by Bruce Rave.

Rave’s Fave: The Strypes – A Good Night’s Sleep and a Cab Fare Home 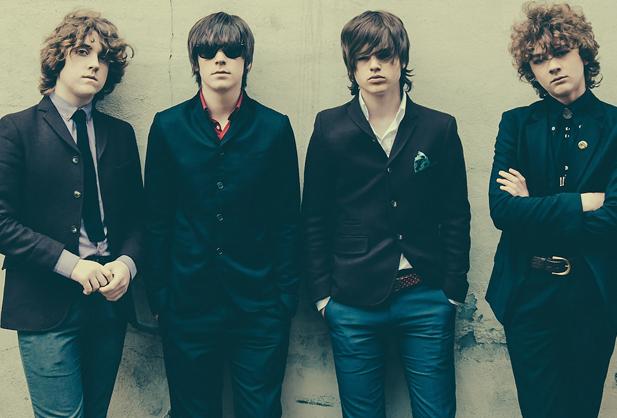 Two years ago, The Strypes were one of the hottest new bands emerging from the UK. They were amazing live and released their stellar debut Snapshot that blended uptempo 60’s rock and r&b. US response was promising but they failed to quite get over the top, possibly due to their label being involved in a merger. With all their potential, the questions arose: What would they do for an encore? The Little Victories album has been out in the UK for over a month. It displays a real maturity for the band, as they take on a heavier sound and varying tempos. As of this writing, the band still doesn’t have a US release date despite this being a strong follow-up and them being killer live. I trust that in short time, a label will come forward because this band is simply too good. Here’s our “Fave” for first single “Scumbag City”. For a song that stretches out a little more, try “A Good Night’s Sleep and a Cab Fare Home”. These guys will be fine in the long run. There’s too much talent all around, and the time will probably come when guitarist Ross Farrelly gets his due as one of rock’s premier players. Reviewed by Bruce Rave.

Rave’s Fave: Crocodiles – Do The Void 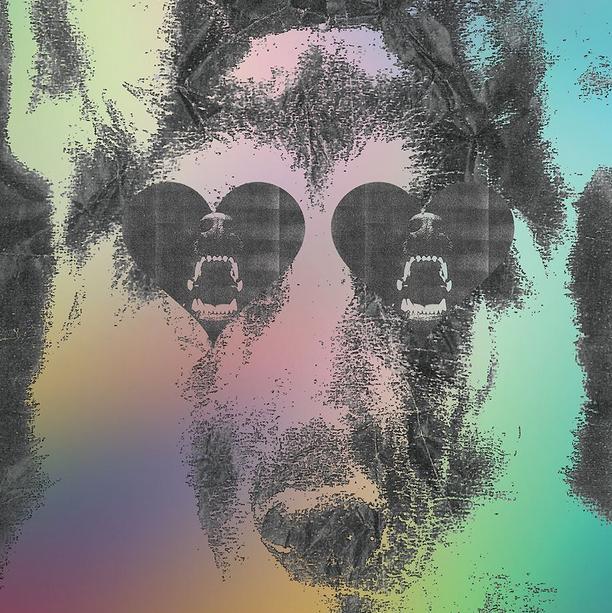 How many times does a fine album drop, only to not to receive its due love? Here’s one: Crocodiles have always been a consistently strong band, and there are lots of cool jams on Boys. “Do the Void” isn’t quite your typical ace Crocs song but in this case it’s a good thing. It’s a pure party in your favorite garage and guitar work is excellent all around. Check “Do The Void” out and check out the entire album. Reviewed by Bruce Rave. 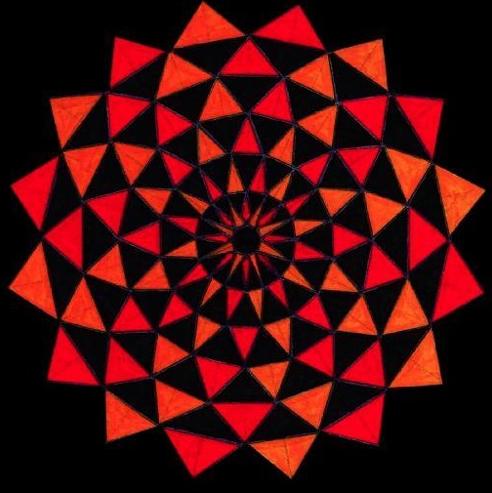 Unlike many Brit bands who become part of the powerful UK hype infrastructure, the Manchester band Blossoms is building a truly organic international buzz that is solely based on their talent. Back home, that machine is more present and why not? Whether in studio or onstage, they consistently deliver the goods. Blossoms have mistakenly been categorized as a psych band and while past tunes have included some of those elements, “Blown Rose” is a beautiful track that shows off their depth without a hint of psychedelia. It’s got jangly guitars and an alluring melody that reminds of fave music from any decade harking back to the 60’s. Yet, it’s totally modern. It’s one of those rock songs that should become a massive pop hit, but songs in this vein often miss the mainstream mark for some strange reason. Let’s hope it does reach the upper part of the charts. At the very least, it should be a long-term live winner for them and it will be a killer album track. Hopefully that first Blossoms full-legth will drop in the not too distant future. Reviewed by Bruce Rave.

Hear my interview chat with the band, that took place at The Great Escape last May. 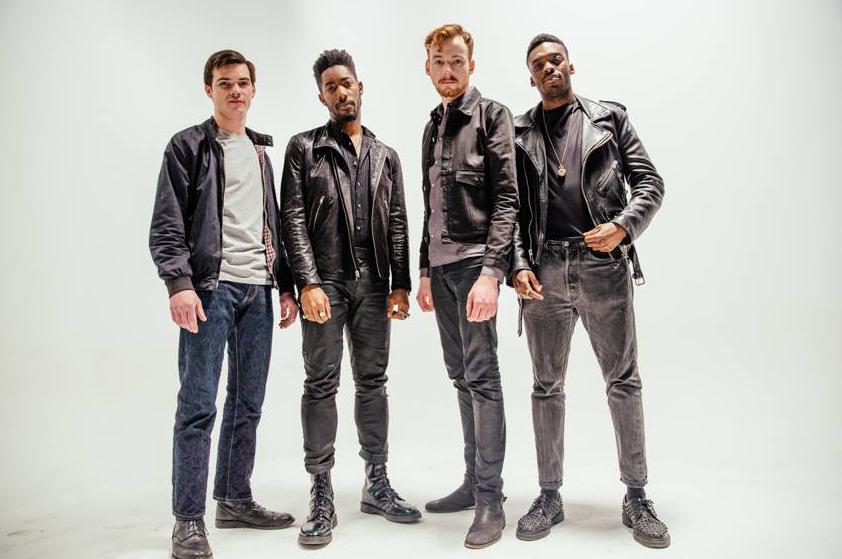 Back at The Great Escape in May, Bruce Rave sat down with The Bohicas from London. If you like guitar hooks, this band is for you. They shred live and sound great in the studio as well. The band has shows in Europe and Japan, and will hopefully hit American shores in the near future. Look for their debut full-length album to drop later this summer. 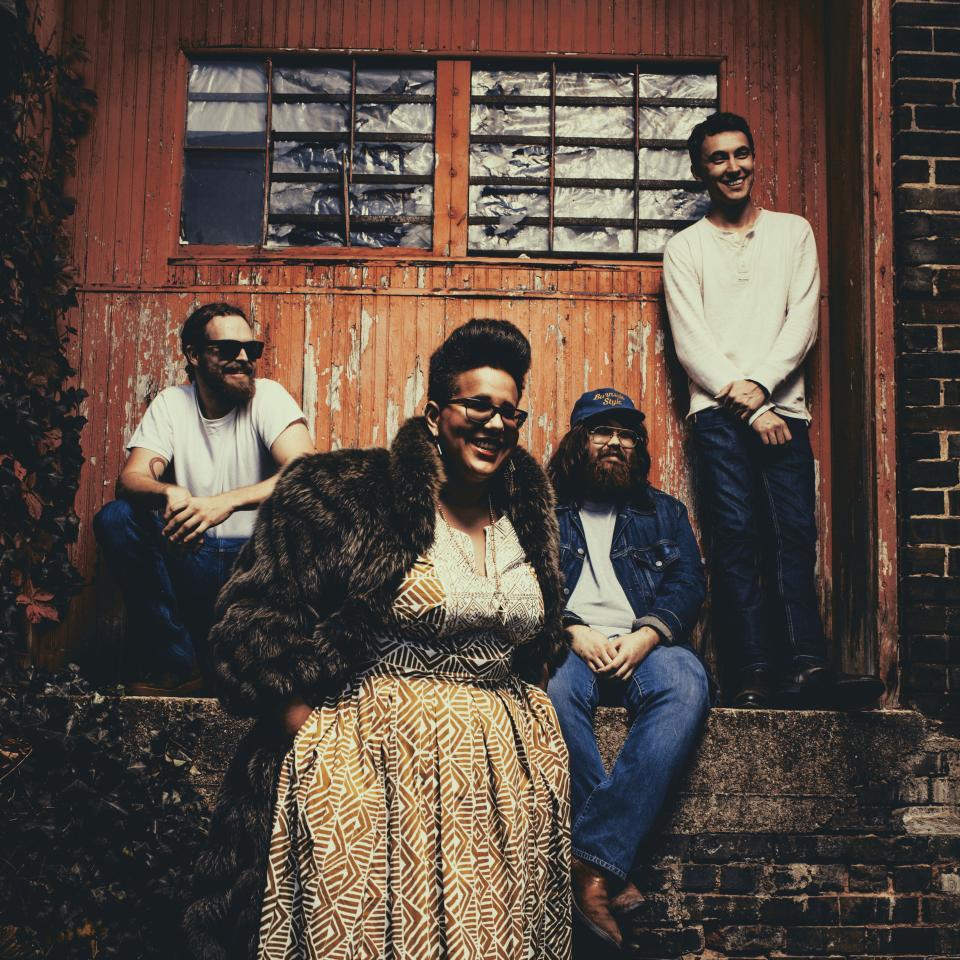 Is there anyone on a modern stage among newer artists that sings with more soul than Brittany Howard of Alabama Shakes? That would be hard to imagine. Check out “Miss You”, a deeper track from the band’s sophomore Sound and Color album. It starts out quietly but sure doesn’t stay that way. While you’re at it, check out video from their Coachella sets, or their recent Jimmy Fallon appearance. Reviewed by Bruce Rave 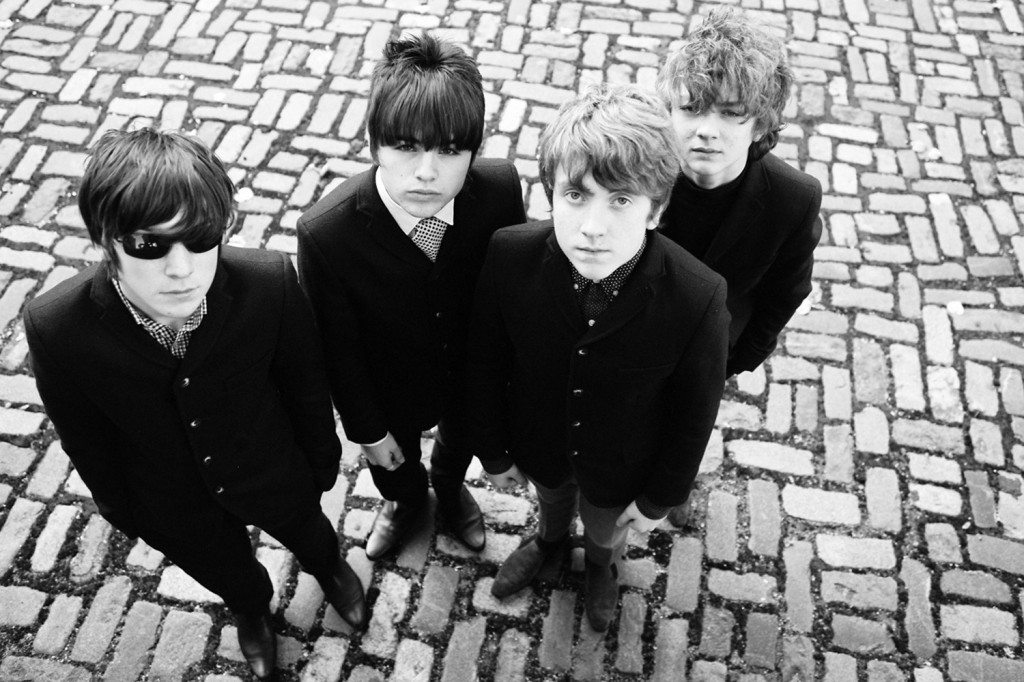 Two years ago, I got to see and interview The Strypes for the first time at The Great Escape. In their mid-teens at the time, they were conquering the UK in 2013 and then made great strides in the US last year with their fast-paced garage and r&b flavored indie. Many of their best songs were covers and thus begat the question: Great band, amazing live, but how would they evolve? Here’s our first hint an an answer: “Scumbag City” slows down the pace a bit, adds some intriguing layers, and shows lead singer Ross in finer form than ever on this well-written tune. If they keep this up, they will be just fine and have a serious shot at a long-term career. Their UK album drops late July. As of this writing, there is no specific release date scheduled for the US but we know that will come. Check out our chat from TGE 2013 right here. Reviewed by Bruce Rave. 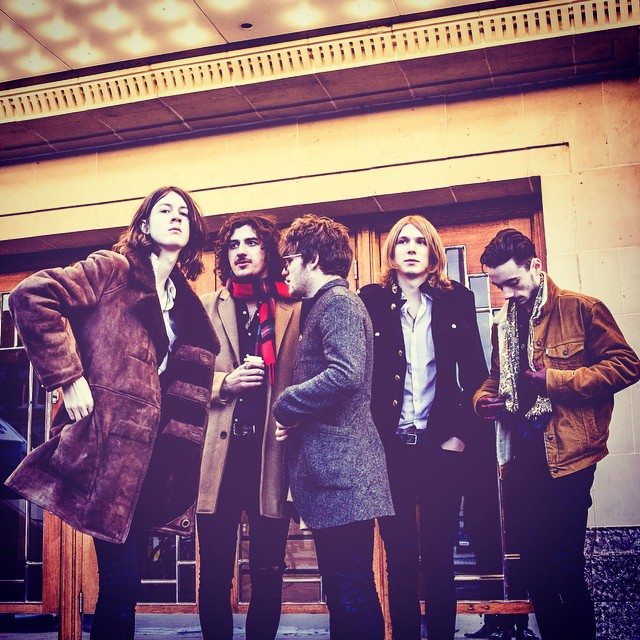 Blossoms were highly recommended to Bruce Rave by leading BBC tastemaker Steve Lamacq. After seeing the band at SXSW and knowing they’d be at The Great Escape this year, Bruce targeted them as a rising band to hang with. Here we discuss their musical and live approaches, their Stockport roots (close to Manchester), the mistaken efforts of British media to pigeonhole them into a given category, and more.

Interview with Catfish and the Bottlemen 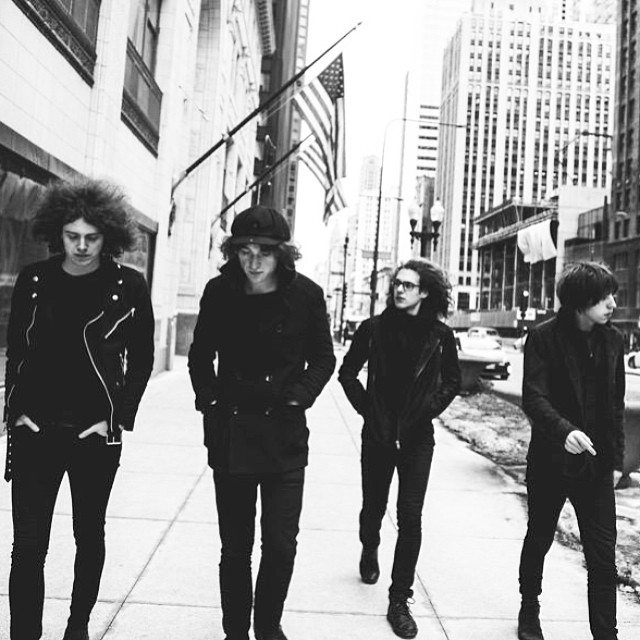 Bruce Rave chilled with Catfish and the Bottlemen’s Van McCann for a second time during South By Southwest this year. Lots had happened since their initial chat back in November before the band’s LA debut. Catfish just drew 10,000 in London, and their “Kathleen” notched a top 15 peak on the US alternative charts. They talk about all this, converting the originally negative UK press, how life has changed with the success and constant touring, new music about to be recorded, how he handles death of loved ones, and much more.

Catfish and the Bottlemen 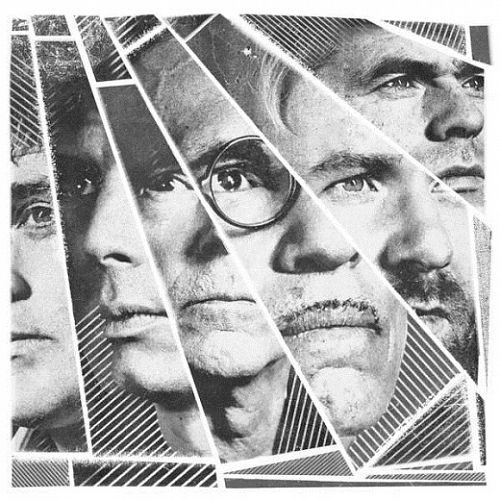 What do you get when you mix Franz Ferdinand with Sparks (FFS)? You get something that makes a whole lot of sense. Franz leader Alex Kapranos has called Sparks “a huge influence” and what you get in this collaboration is a real party. “Piss Off” sounds mostly like Sparks back in the 70’s when they were recording songs like “Angst In Your Pants”. It’s got those choppy vocals and tempos along with the familiar Sparks harmonies. It’s a win-win that brings an overall energy infusion to Franz Ferdinand and brings Sparks back to the forefront. Look for the “FFS” album to drop in early June. Reviewed by Bruce Rave. 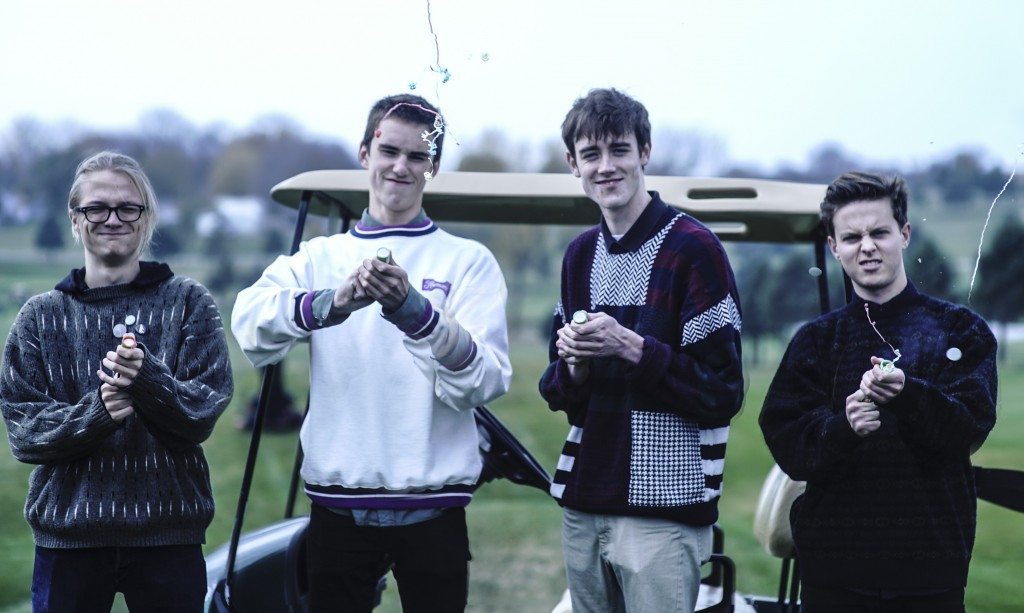 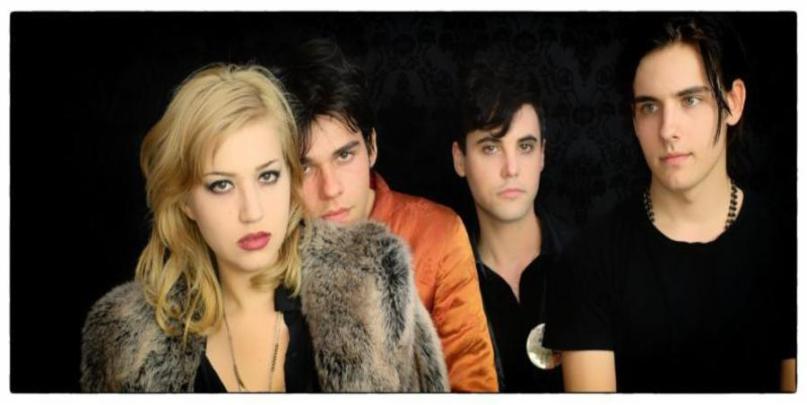