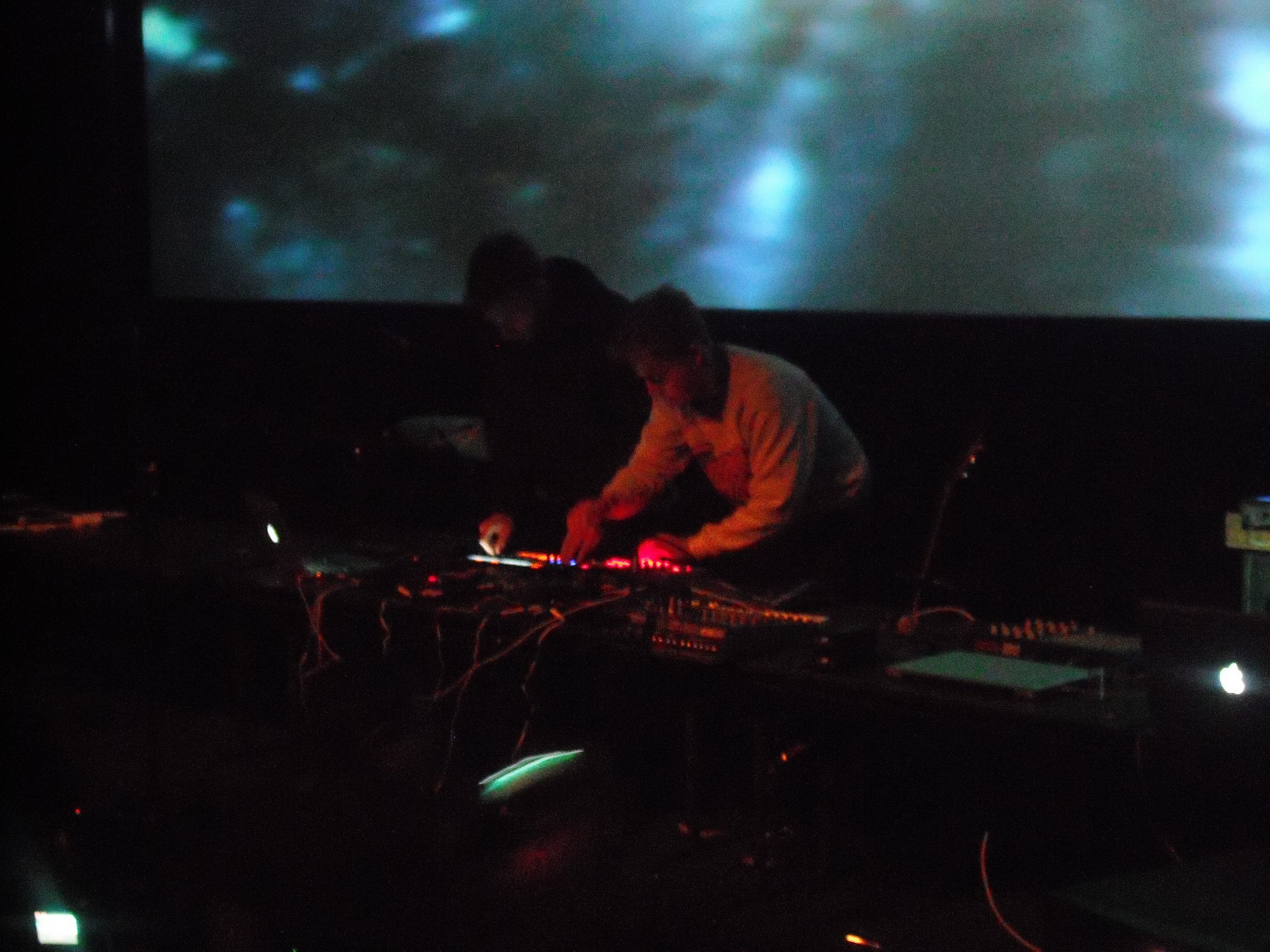 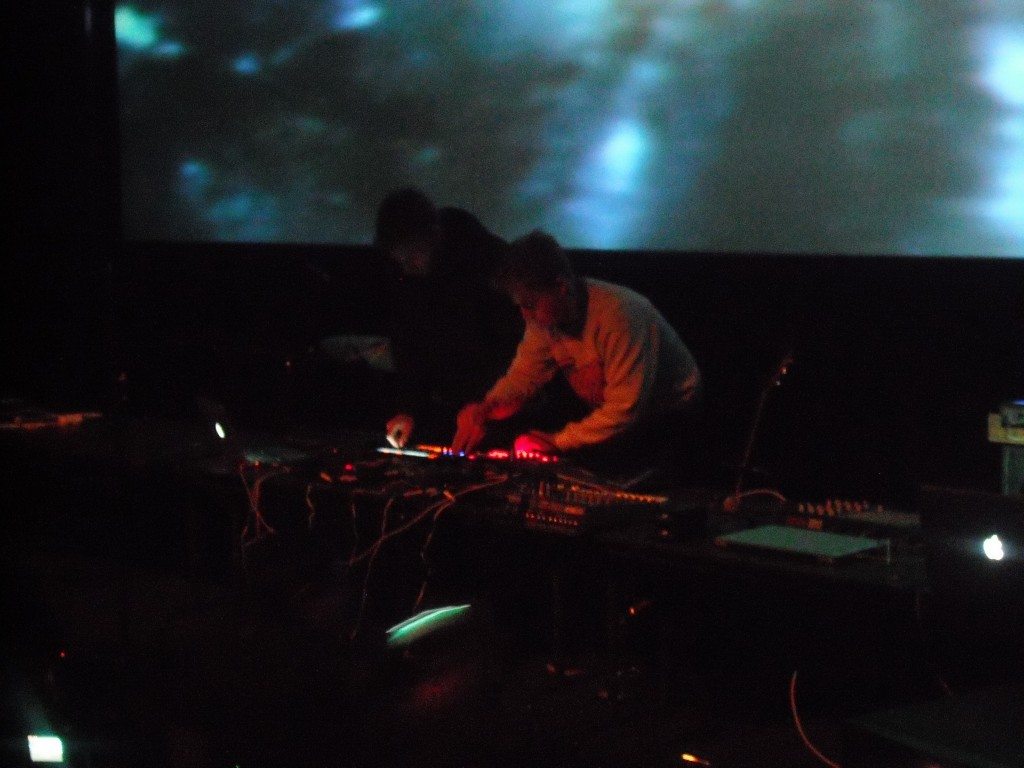 The UK duo, Mount Kimbie, made their Los Angeles debut Sunday night at the Downtown Independent, an indie film theater which doubles quite nicely as a concert venue. After a chill on the venues rooftop patio, began the evening’s run of five plus hours of electro, experimental, urban, dub, and pop inspired acts. Classic mob’esque and big band sample-saavy MC’s, 5 O’Clock Shadowboxers, got things started sporting gun holstered costumes and some notable ‘Dharma Initiative’ references. Other support worth mentioning includes Sahy Uhns, Strangeloop, and Shlohmo; all who gave inspired performances.

Mount Kimbie hit the stage near midnight for their self-proclaimed first ever gig in LA. Experiencing first hand Mount Kimbie’s manipulation of electronic and live-instrumental (guitar, drum/symbol, and vox) sound layers offered an exciting glimpse at this duo’s potential, and that of a growing niche of electronic acts. What sets Kimbie’s compositions apart is the group’s ability to take the sonics apart, stretch them, ply them, break each of the sounds they produce into their simplest nuances. Less visually focused than any of the acts earlier that night, their songs and brilliant transitions lead to an inspiring set from an aspiring young group.

While the duo seemed concerned about some minor monitor issues, the sound was rather good and the crowd was no doubt pleased, and familiar, with the set consisting mostly of material from Mount Kimbie’s Maybes and Sketch on Glass EPs and their most recent LP Crooks & Lovers. The second to last track of the set, and released single, “Field” became the clear standout song of the night. A faint electronic texture looped with crescendo as a simple electric guitar lick sneaked in to build an hypnotic atmosphere.. when suddenly gears shifted, and another world of composition began. A basic progression of loud, driven guitar chords played out until electronics entered to bring the song back to a level reality; showcasing an ideal sound marriage of innovative electronic music and straight forward rock and roll. Other highlights of the set included their performance of the track “Would Know”, some interesting improv on eastern world melodies, as well as a next level-type manipulation of a “don’t go and tell my baby” vocal line.

In conclusion, Mount Kimbie’s first show in LA seemed to be, by their account a gracious one. Fans with open minds found their solace. The night served as yet just another shimmering example of music evolution across the pond. A duo with much more to them than any niche they fall into, Mount Kimbie prove, in their own way, that simple ideas can still lead to musical innovation. 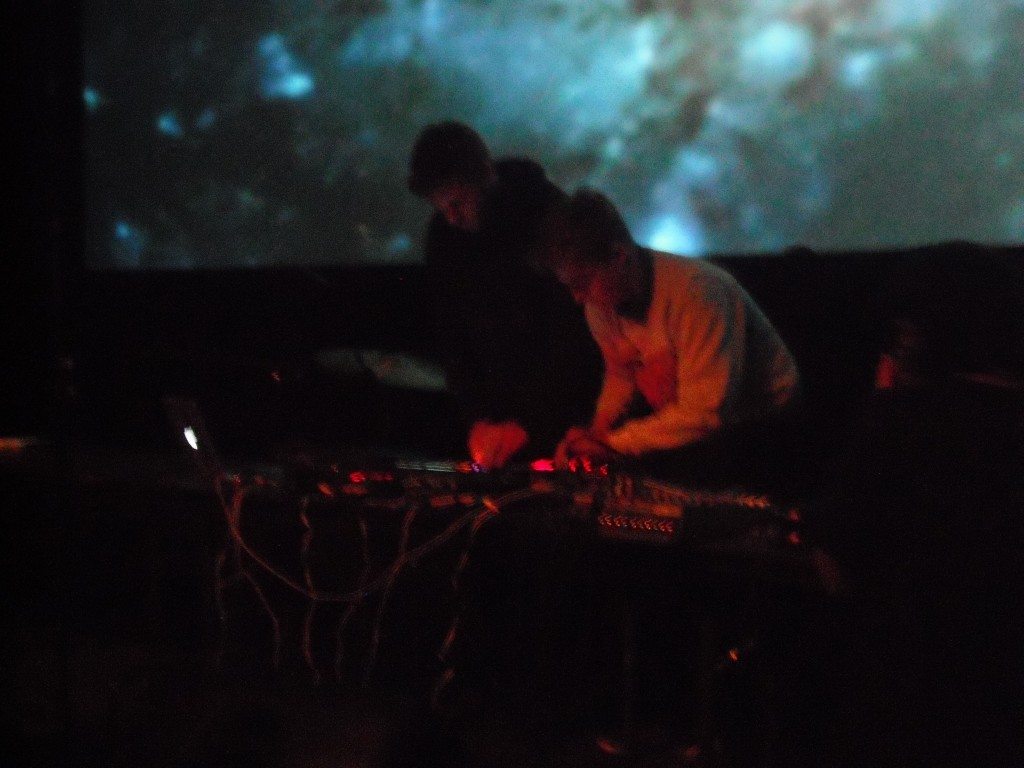 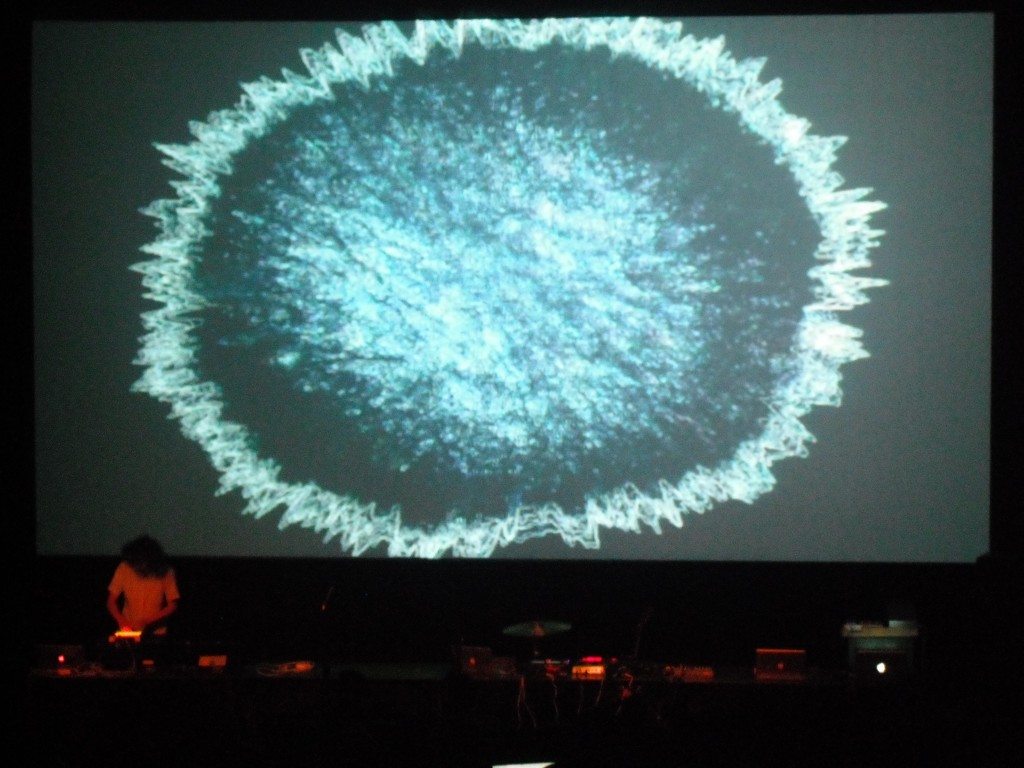 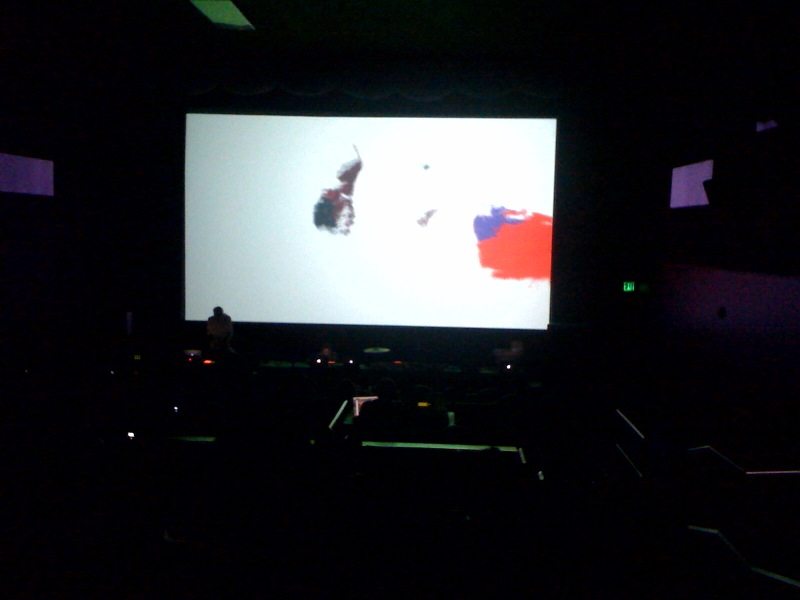