The Black Seeds – Cool Me Down 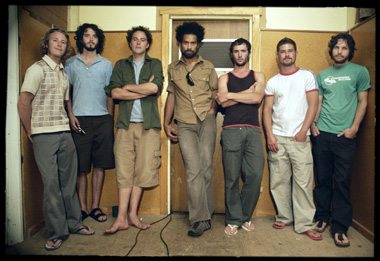 Awesome music continues to pour out of New Zealand. If you’re new to this Wellington-based band, consider this your chance to get funky with the high-acclaimed Kiwi band, The Black Seeds. The soulful “Cool me Down” comes to us off the band’s third album, Into the Dojo. If you see an angry bro in a social situation who is taking that “defensive lion position” (you know what I’m talking about) cool him down with this throwback. He may not dance, but he’ll be unfolding his arms and loosening up his polo shirt in no time. I’m hoping these guys come at it with a new album soon.

The Black Seeds – Cool Me Down

The brand new “Home Again” is yet another example of what UK singer-songwriter Michael Kiwanuka does so well. It’s just his soul, a guitar, and some minimal instrumentation all tuned into that special MK frequency. Get (re)familiar below. 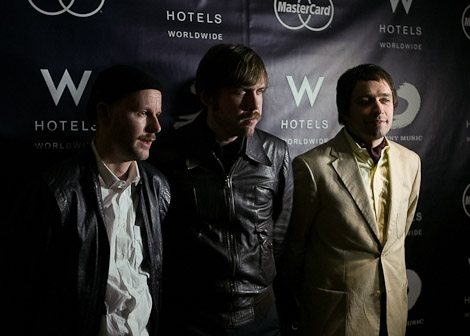 The dude Mayer Hawthorne takes PB&J all the way back 1970 on this new remix for “Dig a Little Deeper”. It’s a jangly, well-harmonized joint that would be right at home smack in the middle of an all-request triple play on your local Oldies station. 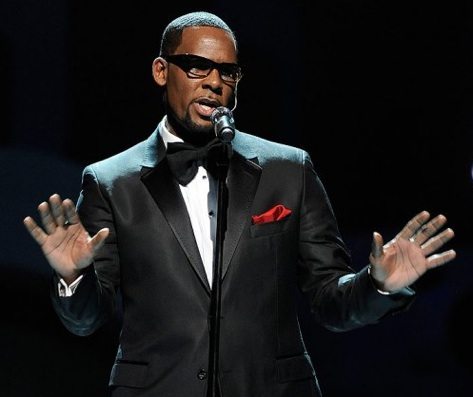 Kells, we always had your back. 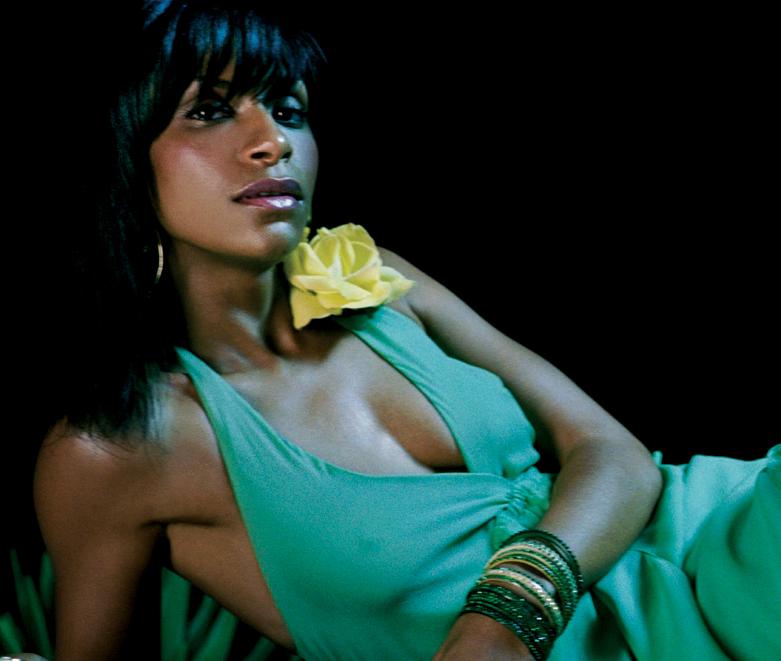 We’ve been big fans of Teedra Moses for a minute now. Recently, our girl signed with Rick Ross’s Maybach Music Group. Here’s hoping that means she’ll be able to get hands on some of those syrupy Rawse mafioso beats. Teedra was born to sing over that shit (think Gwen McCrae). She’s one of the best voices in the R&B game, period. Cheers to the MMG signing being the start of a push to the top that is deserving of her talent. 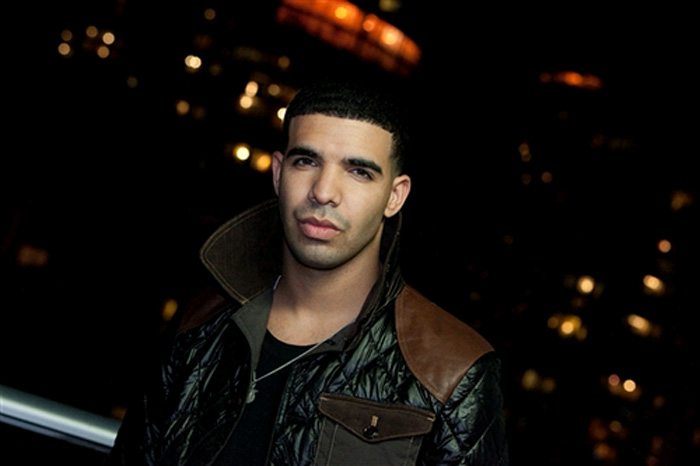 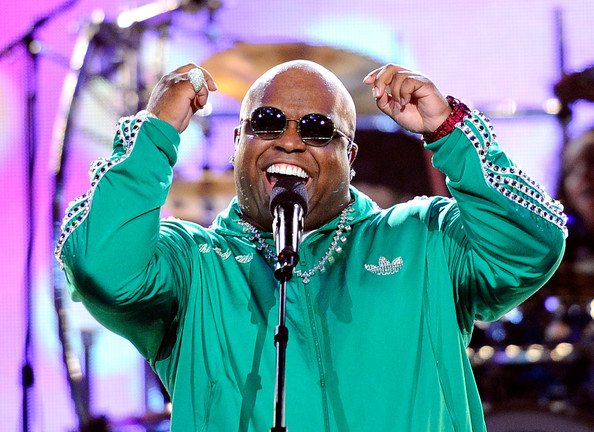 “Anyway”, new from Cee-Lo, will be a bonus track on the upcoming re-release of his b3sci Top 10 album of 2010 The Lady Killer. Give the nicely-tipped Rivers Cuomo co-penned tune a spin.

So “Bonfire” was pretty hype. “Heartbeat” goes in well enough. But what about the rest of Camp. The LP’s been streaming for a couple days now on NPR. We’ve listened through a few times and …..eh. Not saying Camp is a let down but we’re not sure the LP as a whole will really exceed expectations (which are, admittedly, very high). The R&B-y “Letter Home” is one of our favorites from Camp and features a singing D. Glover pining out to an estranged lover. Camp is due Nov. 15. 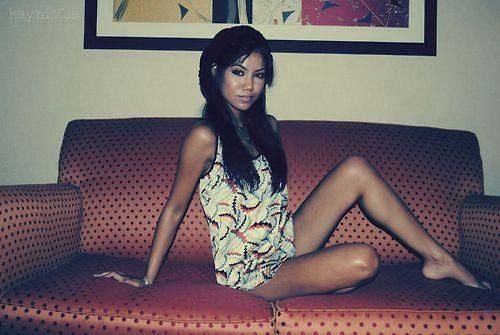 Young Veggies goes in again. As the teen LA rapper is tapped for a feature on this new track from fellow Angeleno Jhene Aiko. “In Love We Trust” is a solid slice of that R&B heat that should inspire repeat spins.

The long-running Chromeo-headed “When the Night Falls” tour rolled into House of Blues, Boston this past Tuesday. A near capacity crowd enjoyed a good three hours of ok to great music from electro party duo Chromeo, Detroit soul singer Mayer Hawthorne, and beats DJ Breakbot.

We’re big Mayer Hawthorne fans here a b3sci so we were stoked to catch some of his latest material (off his new How Do You Do LP) live. We certainly weren’t disappointed in that department. As MH’s set straddled the best tunes from his debut A Strange Arrangement LP (one of our favorite albums of 2009) and songs from the new album. Mayer delivered a high energy, fun, kinetic set that kept most of the HOB house (which probably skewed 75/25 Chromeo fans) engaged and interested. Highlights from the set included SA‘s “Your Easy Lovin’ Ain’t Pleasin’ Nothin'” and “Shiny and New” as well as new tracks like single “The Walk” and the Detroit-inspired “A Long Time”. Having seen Mayer a few times before in smaller venues, the sheer size of HOB Boston seemed a bit much for his sound and style. Like, with Mayer’s music and persona, you want to feel like he’s singing to you or for you or something like that and inside the cavernous concert McDonalds that is HOB the set felt a bit disconnected in that way. That said, we still had a great time and really enjoyed Mayer’s performance.

Chants of “CHROME-OH-OH-OH” a la The Wizard of Oz filled HOB as the Canadian duo took their places on stage. From the first stab of P-Thugg’s keyboard rig onwards the place was electric. Chromeo had complete command of what quickly became a sprawling, frenetic, chaotic cascade of pot-smoke and whirling limbs. The place was absolutely nuts, maybe as live as I’ve seen the Boston House of Blues, just absolute mayhem. The duo rifled through an approx. hour-long set of “Chromeo classics” including the funkified “Tenderoni”, the funkier “Hot Mess”, and the supremely funky “Call Me Up”. Chromeo came hard and delivered. The kids danced, the kids moved, the kids got psyched, got hyped, and seemed to leave satisfied.

“Yes!” by recent signer to JD’s So So Def label sounds like a soon-to-be staple on mainstream urban radio, 106 & Park, your life, etc. The track sort of reminds a bit of Trey Songz or even Miguel, like the vocal will sound familiar to the listener in that way, but without sounding like a copycat of either of those dudes. Nice track.

The B3SCI team will be in the building for tonight’s Chromeo, Mayer Hawthorne, Breakbot show at House of Blues, Boston. Having seen him live several times, we know Mayer is sure to bring an A+ show. And we’re sure MH’s longtime tourmates Chromeo will be on their top game tonight too. If you see us in the crowd be sure to say “Hey.” and also be sure to buy us a drank (T-Pain). xxoo b3sci. (Tickets)